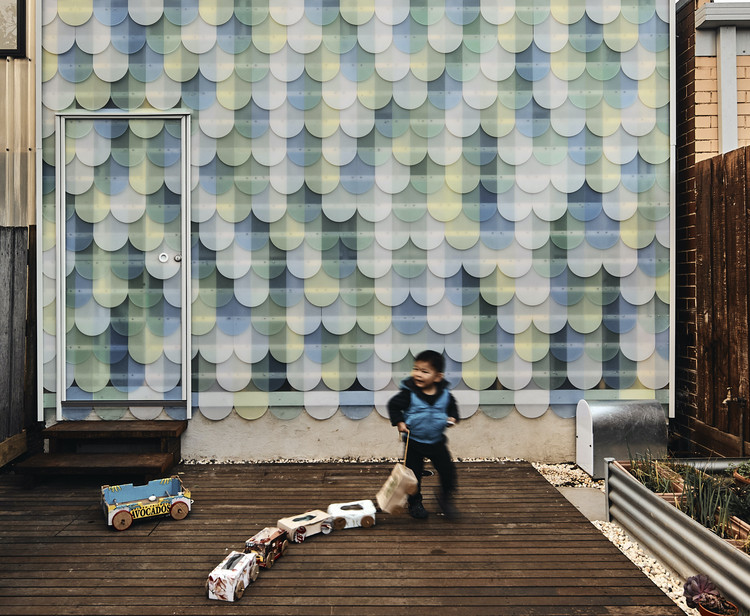 Text by Shu Shiung Low. Now that Melbourne has experienced the world‐changing potency of a global viral pandemic, we might have a better appreciation of the world‐changing potential of an idea going viral. This project represents an effort to scale up a typology through viral repetition while maintaining architectural and design quality through imagination and playfulness. It is somewhat unique in that it is not a standalone project, but an organic progression from a prior successful design, which is arguably more representative of real‐world architectural practice. In 2016, we gratefully accepted the ArchiTeam Award in the commercial category for our Studio Garage, a typology‐busting project tackling an architectural solution to the problem of effectively working from home in a time when the “working from home” was still a relatively esoteric luxury reserved for executives with enough clout to negotiate flexible working arrangements, or small scale entrepreneurs in creative fields, such as musicians or architects.

In the Covid era, “working from home” has unceremoniously burst into mainstream consciousness, making the need for a functionally separate form within a residential site dedicated to commercial or professional activities, not a luxury, but almost a necessity, as harried working parents all over Melbourne can attest to. Our continuing development of this typology is an example of how to architecturally engage with this rapidly forced merging of residential and commercial design.

This new project, which we’ve whimsically named ‘Colour Shingle’, has the fascinating distinction of being right next door to the Studio Garage, a result of a neighbour’s covetous glances, evidence of the viral power of an idea given form. (Incidentally, the neighbour on the other side of the Studio Garage has also requested one.) It is not the only other backyard commercial project we have completed – we have been exploring and evolving this typology on narrow residential sites across North Melbourne, including our own home `Cubby office’ – but it is unique in being right next to a previous one.

The challenge of this particular project then was how to evolve an already successful design so that you don’t simply create a carbon copy, while still coming up with something that complemented the adjacent original design. To that end then, we’ve made the same key design choice to turn the external wall into a non‐structural, semi‐translucent façade, with the stairwell placed between the false wall. 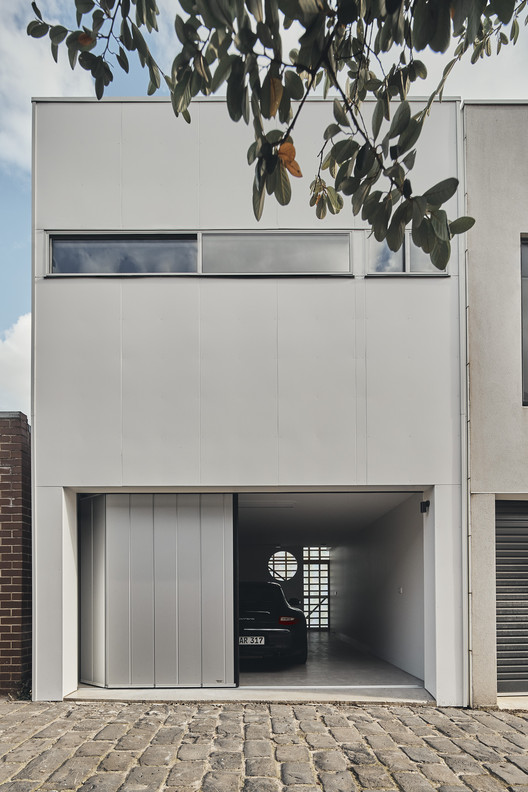 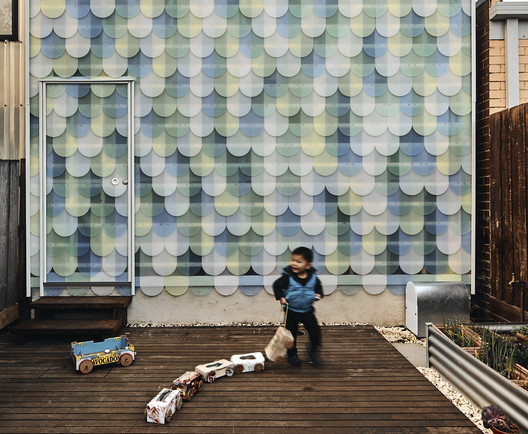