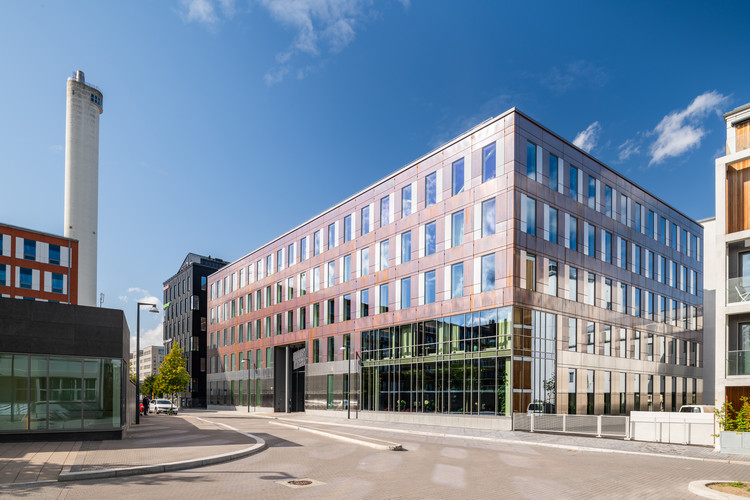 Text description provided by the architects. The office building Hammarbyterrassen is located in the western part of Hammarby Sjöstad, close to the heating plant and the Hammarby lake, which is characterized by its industrial design. Together with the adjacent quarter Skeppshandeln, it forms an ensemble of buildings with facades that interact with each other and end the oval park room in Södra Hammarbyhamnen. These buildings are also a counterpart to the Luma factory and have taken inspiration from there.

The facade material is copper and stainless-steel cassettes with visible scrubs. Copper as a façade material alludes to the materials in older wooden sailing vessels with copper elements such as rivets and cladding, a corrosion-insensitive material where the oxide formed a protective layer. The roof is covered with sedum, grass, and a paved terrace with some sea glimpses and views in all directions. The building aims to meet the criteria for environmental certification BREEAM-SE level Very good.

Fabege is the client and property owner. The tenant is Goodbye Kansas, one of Sweden's fastest-growing companies in the animation, gaming, and special effects industry. The company is behind effects in the TV series "The walking dead" as well as digital visual effects for games, feature films, and advertising for customers all over the world. Goodbye Kansas has doubled its staff in the last two years and started two branches abroad. Now they gather the staff in Hammarbyterrassen where they also have room for a Motion-Capture studio with almost eight meters ceiling height. 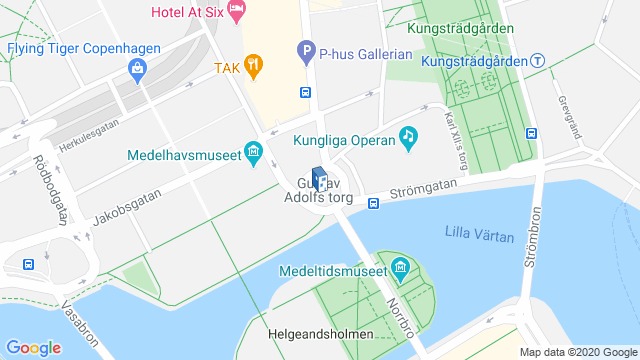 Location to be used only as a reference. It could indicate city/country but not exact address.
Share
Or
Copy
About this office
AIX Arkitekter
Office
•••