The City of Parramatta has released a revised vision for the new Parramatta Square civic hub in Australia. Designed by Manuelle Gautrand Architecture with firms Designinc and Lacoste + Stevenson, the multi-purpose, six-story building will accommodate a variety of uses. Called 5 Parramatta Square, the project is designed to be a new community, cultural, and civic heart. 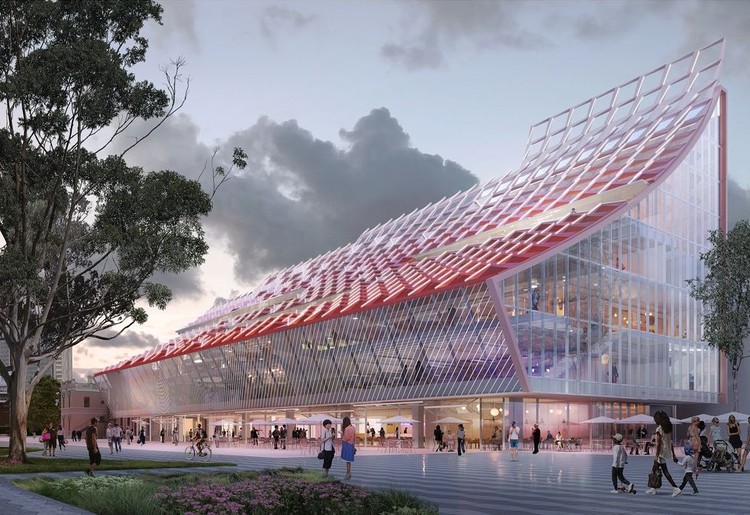 5 Parramatta Square is currently under construction, and will connect with the historic town hall to deliver community and cultural experiences along with a new library. Built, one of Australia’s largest private construction groups, has been contracted to deliver the $130 million project, and the building will be owned by City of Parramatta Council. The revised vision includes the first renderings of the building’s interior since 2016.

The design will house a public library, offering an extensive book collection, digital resources, 24/7 book return facility, and study area. It will also include a Discovery Centre and cultural heritage spaces, including interactive displays and exhibitions, an Aboriginal Keeping Place for local Indigenous objects, and a research lab, as well as community collaboration and creative spaces and the new City of Parramatta Council Chambers. A key feature of the project will be a digital facade used to project curated content.

The 5 Parramatta Square civic hub project is due to be completed by April 2022.

News via City of Parramatta 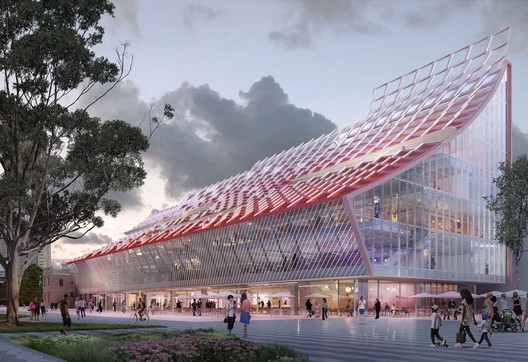