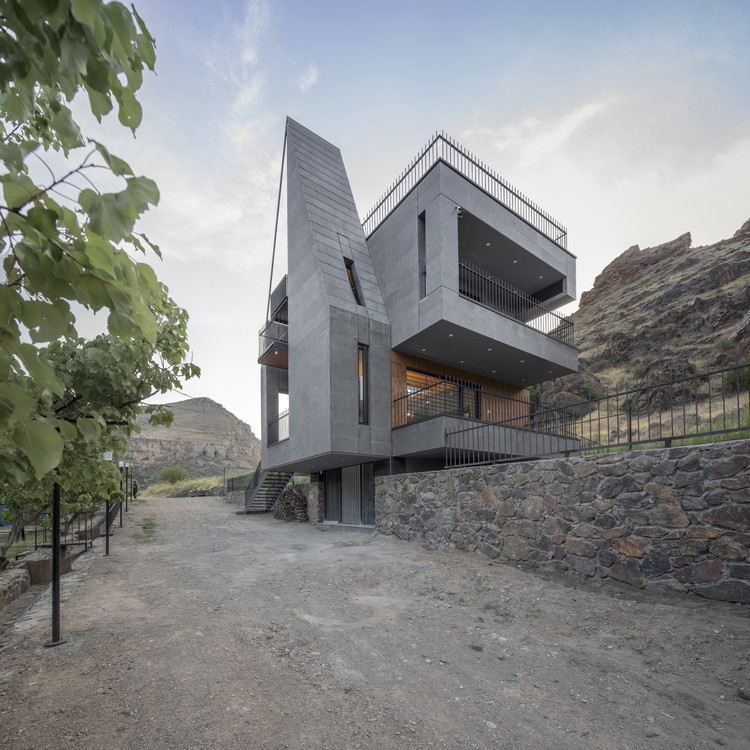 Text description provided by the architects. The story of this villa was initiated by its location. Passing through beautiful gardens packed with walnut, cherry and apricot trees alongside the river, we were faced with a vast garden next to the mountain with great views to the road and southern plains at the end of the alley…

The commission was to create a distinctive building as a monument in a context exactly located on the city entrance. Formation of the concept was to consider contextual architecture with the least influence on the virgin garden and to seek for close relationship with the natural environment. Finally, a villa was designed and built named Grey Villa which not only essentially relates to the nature in a traditional way, but also is trying to have interaction with the context in a modern way.

Irregular rocks and soaring mountains leaded us to design a light and orderly project to respect the surrounding environment. Utilizing basalt stone as a vernacular material enriched this connection with the context. Using the grey color and the grey monumental volume induces a neutral content. The building tries to unite to the context, despite formal appearance of the whole volume with various subtractions and additions. The construction has the potential to benefit daylight in all directions which creates different shades and shadows. It also enjoys great views over northern heights as well as southern plains, river and the main road.

Spatial organisation is formed in 20 square meter gross area with 2-meter cantilevers on the first and second floor in 4 directions which leads to 100 square-meter built area. First floor dedicated to living room and kitchen is accessible via 2 light-weight metal stairways in the yard. 1st and 2nd floors are connected by a cantilevered stairway to solve the gross area challenge and to meet spatial requirements as well as playing a fundamental role in shaping the form of the building. The upper stairway leads to the roof which is functioning as an observation surface over natural scenery.

The form is designed in a way that the user seeks for connection with the nature when trapped in the building and suddenly experiences different views through consciously created openings. Grey villa is the representation of a modern approach, modern color, modern volume, modern connection with the nature and the reflection of modern thought… It's settled in a peaceful way in the nature. May it be a memory of our city for passers-by… 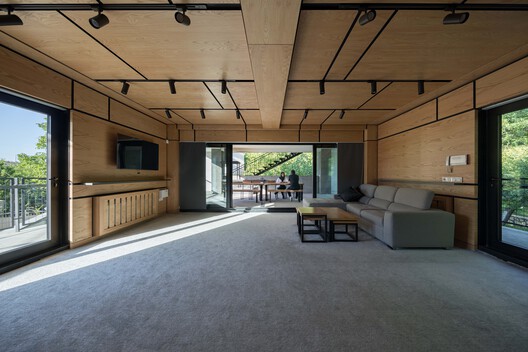 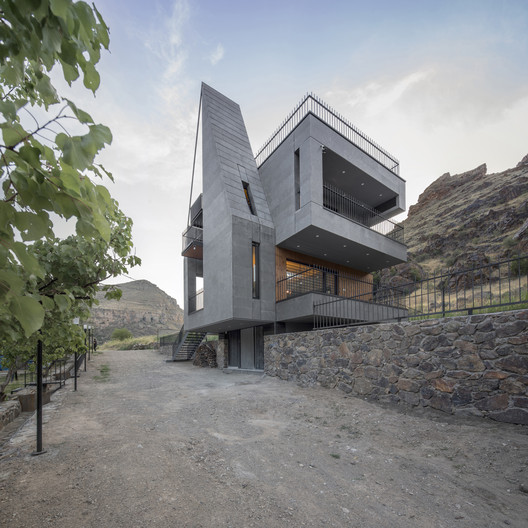