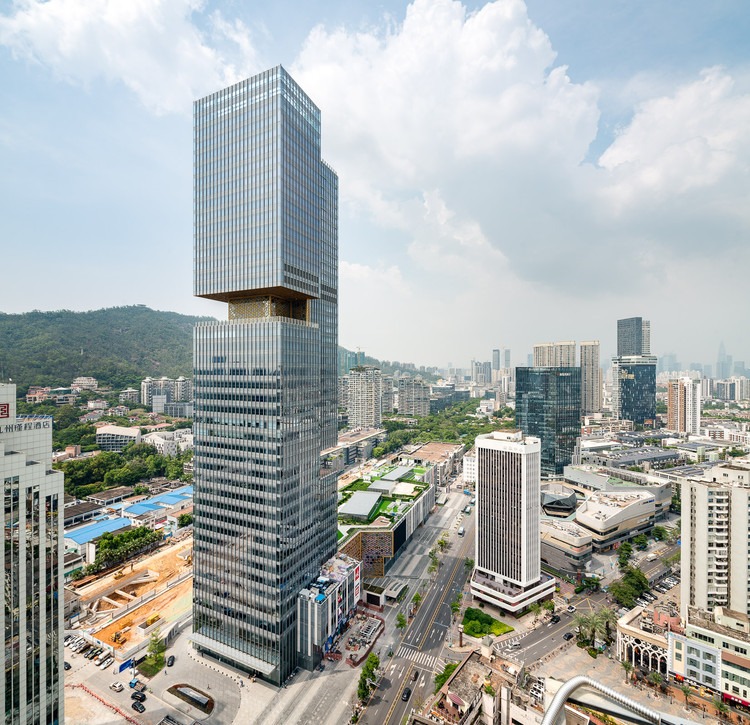 Text description provided by the architects. Shekou is defined by a mixed landscape. Mountains and sea, an industrial fabric from the early economic reform era, and recent skyscrapers form a dynamic context. Prince Plaza is located in Shekou’s Sea World district—a unique coastal zone in Shenzhen backed by the Nanshan Mountains and facing the Shenzhen Bay, abundant in public outdoor spaces. The 200-metre mixed-use podium tower at once connects with Shekou’s latest commercial developments, its industrial past, and its everlasting natural environment.

The site falls on Shekou’s most prominent view corridor that runs from the mountains to the sea. Prince Plaza takes full advantage of the view corridor without obstructing it. The tower is an ensemble of four bars attached to a central core. Three sky decks—highlighted by a hexagon-patterned facade inspired by hills and waves—are viewing platforms open to vistas of the mountains and the sea. Designed for use by both tenants and public, they add to the collection of the public outdoor spaces in the coastal Sea World district.

The sky decks break down the otherwise monolithic 60,000 m2 tower into four bars of different sizes that respond to architecture of distinctive scales in the surroundings. The two bars on one side are slightly set back to increase the perimeter or each floor plate, allowing more natural light into the office space. The tower’s fluted façade, with extra wide glass panels, enable office tenants to visually connect with the mountains and the sea, while further bringing lightness to the slender vertical bars.

A 40,000 m2 podium mall occupies the full length of the orthogonal site to maximise street level retail frontage. Different than typical enclosed shopping malls, Prince Plaza’s podium mall has a porous façade and a roof terrace— an extension of the existing commercial and recreational offerings of the Sea World district.

A prominent opening— marked by a similar façade as the sky decks—is created at the location through which the view corridor runs. Underground levels of the mall are integrated with two metro lines that connect Prince Plaza to the rest of Shenzhen. 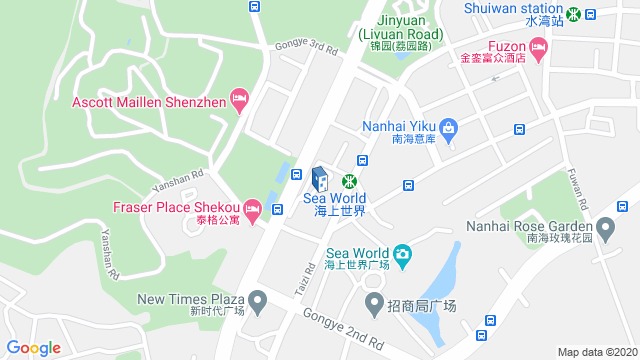 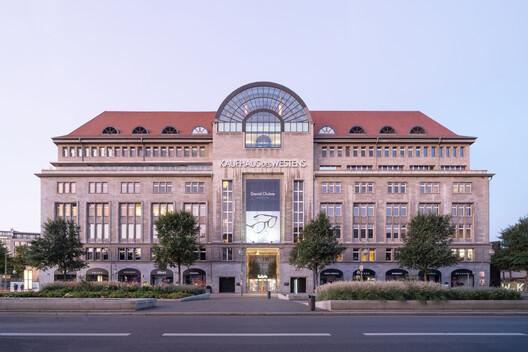 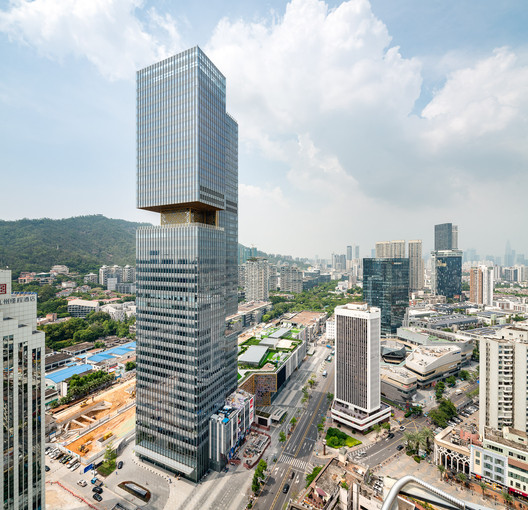