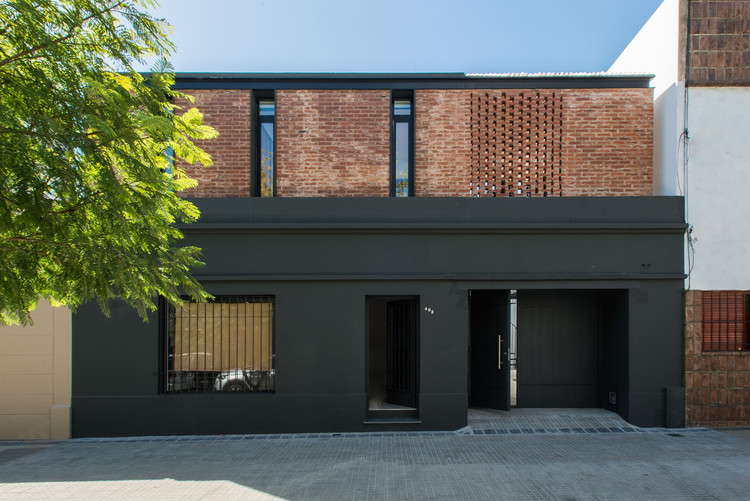 Text description provided by the architects. The lot for which we received the commission is located on a regular block within the urban area of the city of La Plata, Buenos Aires, Argentina.

The project required a functional overhaul of an old house on a 10m wide by 13m deep lot. The existing construction which we started with had a ground floor layout.

Once the survey was done and with the process already in the project stage, we opted to keep the original facade as it was, as a record of the beginning of the history of a city of low houses. The private area of the house was added above it.

The strategy chosen for the proposal revolves around the location of two internal courtyards, one for expansion and the other for air and light, which allowed us to generate a comfortable spatiality. The goal of having the entire house naturally illuminated was achieved, despite it being contained between dividing walls.

The program included a commercial space in addition to housing. For this reason, the commercial space was arranged at the front of the lot with a direct exit to the street, in order to not interrupt the operation of the house.

Regarding materiality, the old carpentry was replaced with new aluminium elements. Using a language that combines a metallic structure and the common exposed brick, reminiscing the role of the latter in the development of the city. 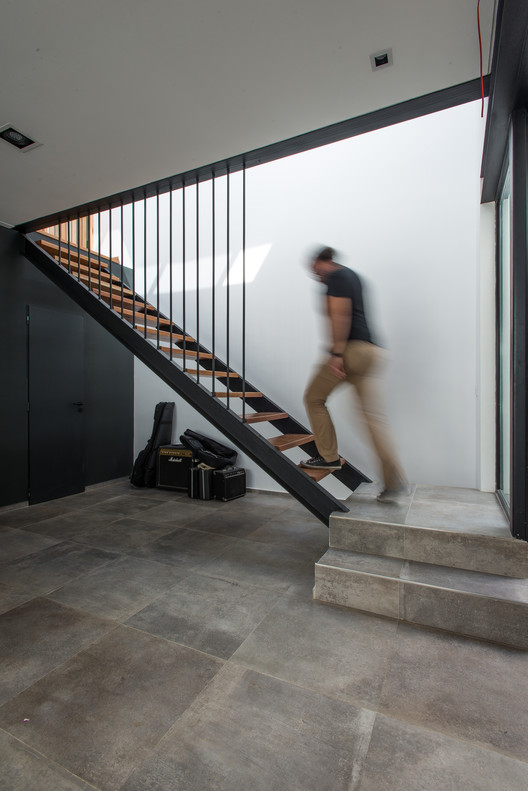