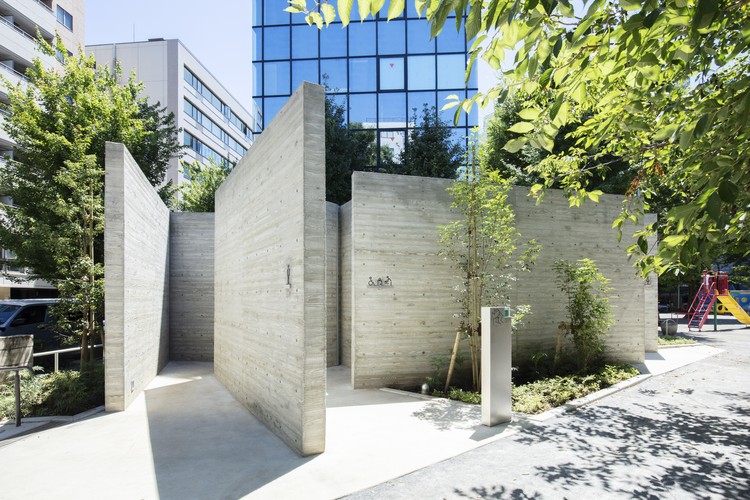 This is a design proposal for a public toilet inside Ebisu Park. The proposal is part of Shibuya City’s THE TOKYO TOILET project. We kept in mind a facility that distances itself from architectural concepts and elements: an object that stands casually in the park as if it were playground equipment, benches, or trees.

In Japan, the origin of toilets is kawaya, written initially as 川屋 and later 厠 (also pronounced kawaya). Kawaya was a hut (ya 屋) that stood over the river (kawa 川) dating back to the Neolithic times of early Jomon period (10,000 to 6,000 BCE). These huts were of primitive and simple designs, often made of hardened soil or pieces of wood bound together.

Trying to envision the appearance and atmosphere of the primitive kawaya of the past, we built an “ambiguous space” that is simultaneously an object and a toilet by randomly combining 15 concrete walls. The spaces between the walls lead users into three different areas designed for men, women, and everyone. The design creates a unique relationship in which users are invited to interact with the facility as if they are playing with a curious piece of playground equipment. 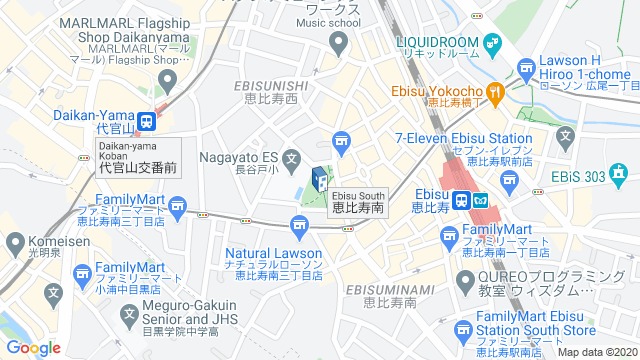 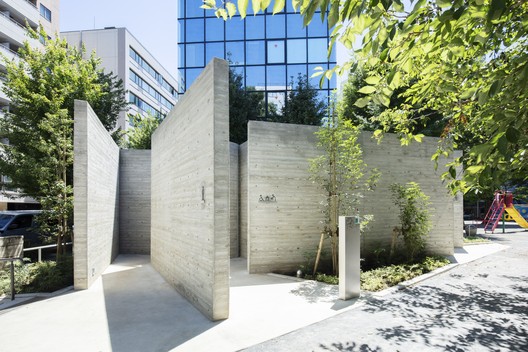