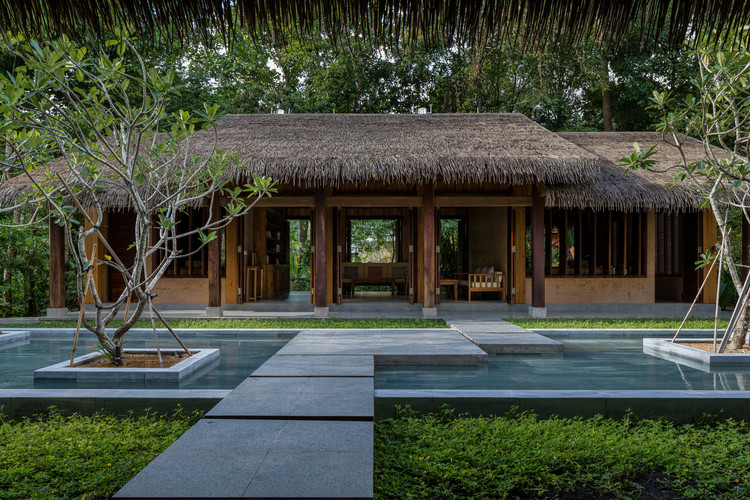 Text description provided by the architects. Mango Bay resort is a well-known place on Phu Quoc Island. The resort attracts the tourists by its eco-friendly concept, with only 44 rooms/bungalows on a piece of land that spreads over 10 hectares. After a long time in operation, the resort needs to be renovated. This time, we were assigned to design The Spa, always with the principles: to inherit the simple, rustic but cozy spirit of the whole resort.

After several site analysis, the location of the spa was decided to be sat on a light slope toward the sea, hidden behind the bungalows and surrounded by jungle. A small earth path linked the new Spa with the old one, who was becoming the space for yoga and Taichi practicing. The Spa is composed of 4 buildings in rectangular shapes, linked by covered walkways, surrounding a landscape pond. The two mains building contain the Reception Area – Changing Space- Shower- Treatment – Relaxing area after treatment, while the two sub-buildings consist only of treatment rooms. Each treatment room had its private terrace at the back, connected to a little garden.

The feature of the project was the using of rammed earth walls. This also was a succession of the previously-built bungalows in the resort. Those thick walls, combine with the extended roof and the wooden louver doors/windows, create an airy and comfortable internal space, and by that, there is no need for air conditioner. The wooden louver doors/windows with pivoting system help controlling the quantity of natural light access the inner space, depend on the moment and the mood of the guests.

The landscape also follows the resort’s spirit, by using local plants and flowers for the garden. The only exception are the plumerias planted in the landscape pond, which represent a new beginning and expectation of peace. During the construction stage, we tried to avoid destroying the surrounding jungle as much as possible. Right after the taking shape of the buildings, the gardener began to plant new trees to replace the cut-down ones. Those trees were previously planted in the resort own nursery. Therefore, just after a little of time and a few tropical rains, the resort is ready to present itself as a building among the jungle. 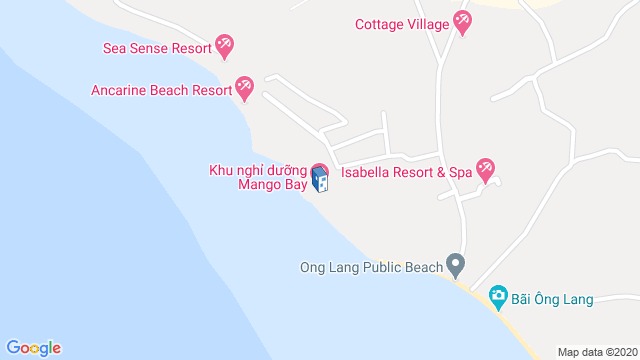 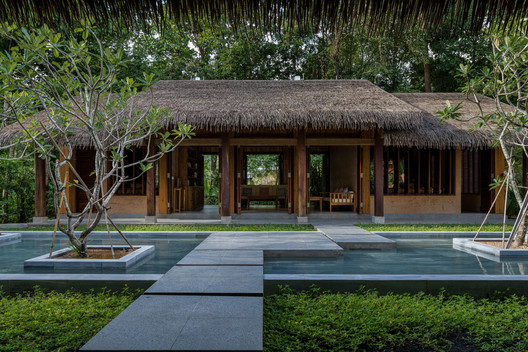