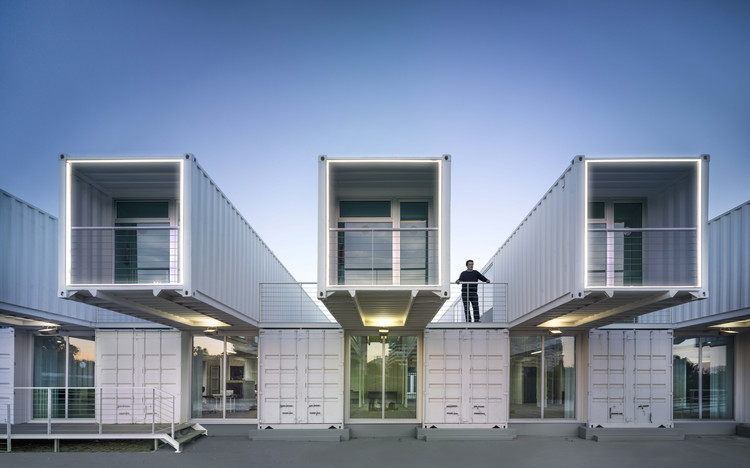 Text description provided by the architects. The second part can also be good. This is the second part of our Seville Cruise Terminal project, which expands and improves the original building.

Ports and cities share the common feature of undergoing constant change. To resolve the challenges brought on by that interaction, port buildings must be able to change over time, without recourse to improvisation. One solution can be to propose a modular industrial architecture that highlights the port’s distinctive nature, though designed with the architectural quality required to ensure the respective urban integration.

In that regard, the Port of Seville needed a new cruise ship terminal that would be flexible, multi-purpose, extendable, easily removable, and even transportable. That would enable it to gradually adjust to increased passenger volume and to future prospects for the valuable urban/port space along the Dock of Las Delicias. The site on the Guadalquivir River as it passes through Seville also called for a quality architectural project that would foster active dialogue between the port and its urban surroundings.

The cruise ship terminal promoted by the Seville Port Authority and designed by Hombre de Piedra Arquitectos and Buró 4 achieves all those aims by means of a sustainable modular project that makes use of the construction possibilities offered by recycled shipping containers. The project also integrates the building in a very central urban environment of notable landscape value, adjusting its architecture to suit the Mediterranean climate.

Construction was carried out in two phases. The first began in 2013 and involved the placement of some of the reused containers. The on-site construction work could only last 15 days, the maximum time between two consecutive cruises docking. In the second phase, concluded in 2016, the Seville Port enlarged its facilities and increased the number of modules from an area of 508 square meters on the ground floor to 891 square meters. The upper floor was also made passable, thereby increasing the total surface area of the passenger reception area to 1,096 square meters.

The terminal’s concise design allows the project to be understood not just vis-à-vis the functional parameters of a port but also from the urban and architectural standpoint; it has therefore been well received by a part of the city. Indeed, besides its function as a passenger reception centre, the building acts as a multipurpose venue for cultural and social events in the city, reinforcing the aim to enhance the port’s visibility and its relationship with the city.

The building’s morphology comprises high-cube containers arranged in parallel, with standard containers placed on top of them, functioning as skylights. The result is an airy space enlivened by a rhythmic succession of lights and shadows, with normal and double ceiling heights and corrugated sheet metal walls that expose the construction and create an appealing and suitable space for the different kinds of activities it hosts.

The bioclimatic study of the building also enabled more comfortable spaces to be planned, along with energy savings that improve the building’s sustainability. The warmest air is situated in the upper part of the double spaces. At the east and west ends of the skylights, windows were installed so that dominant breezes can easily move through the buildings, removing heat from the upper part. 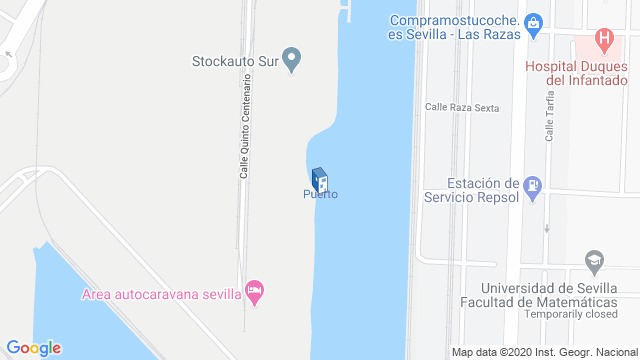 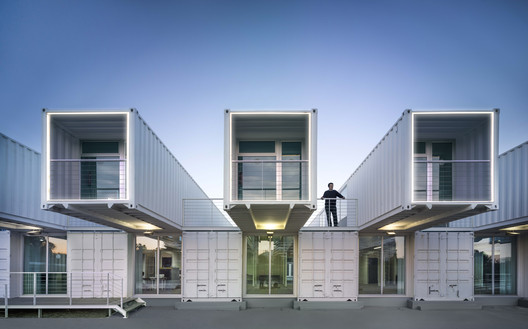