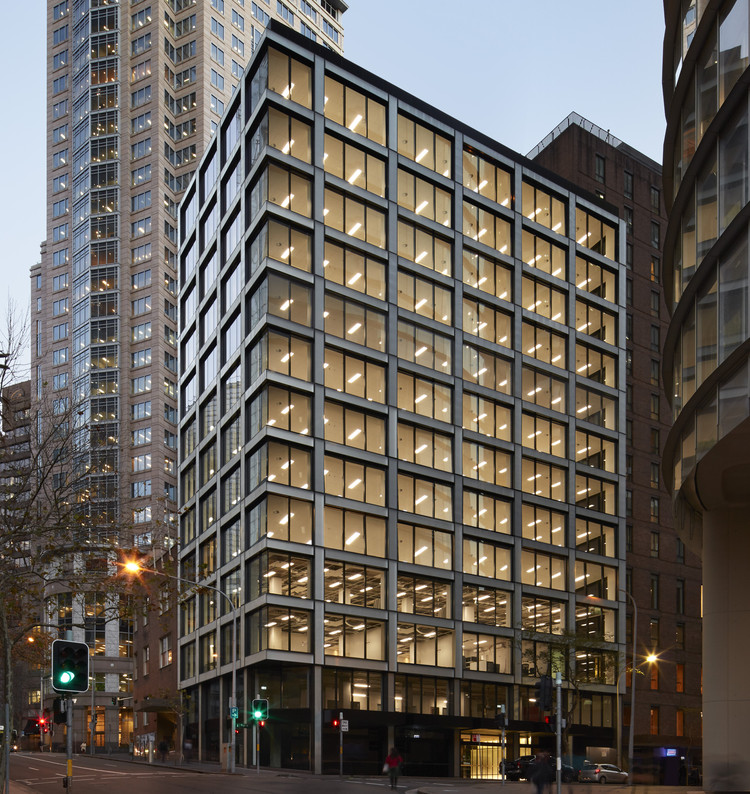 Text description provided by the architects. Two major exterior renovations have changed the architectural expression of 2 Bligh Street since the building was completed in 1958. Its most recent, by Bates Smart in 2018, returns the building to its original modernist elegance while exemplifying contemporary sustainability principles.

Within this context, 2 Bligh Street’s recent renovation seeks to complement its modernist neighbours via a calm, confident interpretation of the original building that rediscovers its lightness and elegant simplicity. Bates Smart chose to reinforce the logic, symmetry and character of the original structure, rather than superimpose a vivid new identity. In a real sense, this return to the building’s original character and expression is the ultimate exercise in recycling and reuse for the 21st century.

Bates Smart began by stripping the building back to its structure. To transcend a simplistic reading of the façade, the Bates Smart interior team clad the columns in a low iron textured glass that appears to capture and radiate light, simultaneously expressing and dissolving the structural grid. Dark reveals on the columns accentuate the lightness of the glass grid while creating depth in the facade.

A street canopy continues the building’s parti. It reads as a solid black element, while its underside is lined in translucent textured glass. The textured glass continues into the lobby, lining its walls, while mirrors dissolve surfaces to increase spatial perception. Travertine was selected for the floors, recalling the building’s early modernist heritage.

2 Bligh’s refit establishes its next 50 year lifecycle. This is the most sustainable use of an existing structure, minimizing waste and reducing embodied carbon. The façade and services have been completely renewed to update the building to today’s standards and achieve a 5 Green Star rating; a 5 Star NABERS ratings is also being pursued. Bates Smart worked closely with ARUP, the project’s façade consultant and services engineer, to create an integrated solution for retrofitting an existing structure with contemporary technology.  A collaborative working relationship with Lipman, the builders, ensured everyone worked together to create a high quality project.

In a world that values newness & novelty, as exemplified by its surroundings, 2 Bligh stands out to promote the value of recycle and reuse, without regressing to the kitsch aesthetic often associated with these values. The calm elegance of Stephenson and Turner’s original building has been rediscovered. 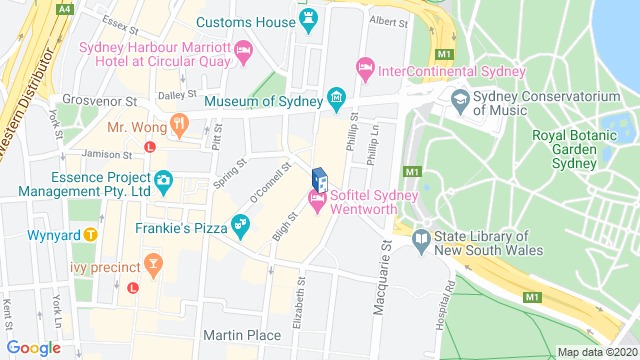 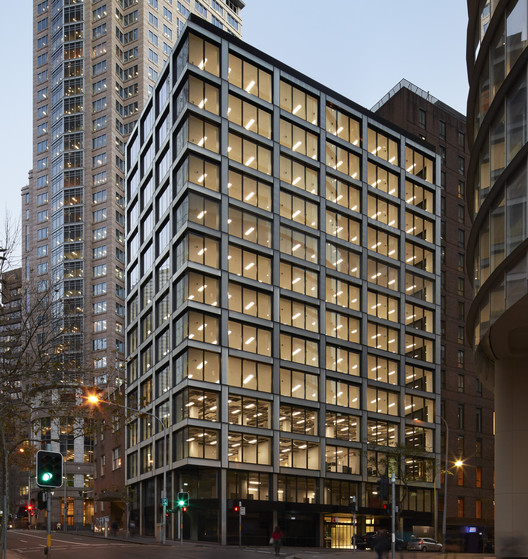