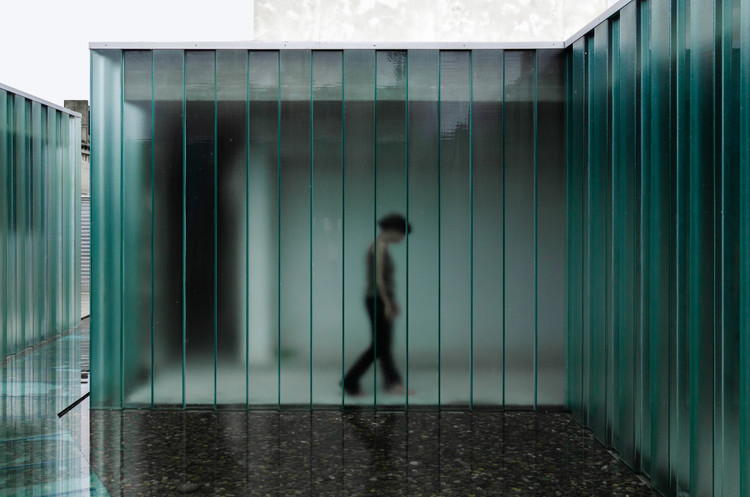 “The reflected world is the conquest of calm” G. Bachelard The house is built up as a metaphysical home. The habitat finds the evanescence of Being-Therein the liquid light mirrors: the immaterial representation of its own existence. Water is the transitional element between reality and dream.

The daily experience of entering the house through a central pond submerges ourselves into the mystery of walking among half-asleep reflections. In opposition to the slightness of the translucent glasses, the loadbearing and structural frame of the house is made up of concrete planes and volumes. The transparent layers integrate the outside as a clear and moving reality.

The inner space holds the light in a serene and diaphanous manner that is occasionally disrupted by some ray of sun sneaking in and reminding us of the World outside seen from the threshold of a still dream. 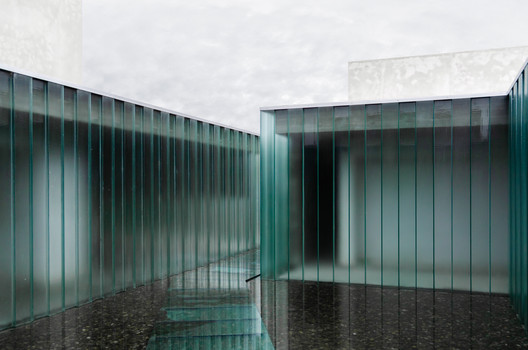 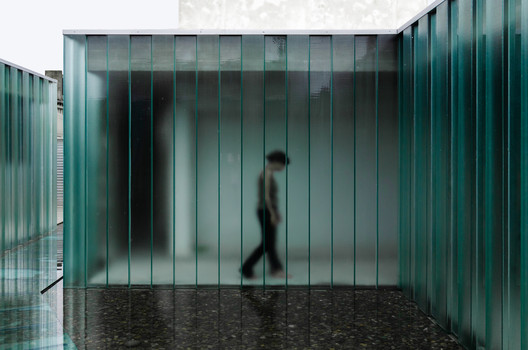