Architects and designers of the built environment are often conceptualized in popular culture as progressive change agents whose canvas of steel and glass brings light to the public realm. At least one global survey of the public’s trust in various professions places architects in a top-ranked cohort that includes medical professionals and first responders. But in the United States, the architecture profession is surprisingly older and much less progressive than one might imagine.

More than a third of the profession is over the age of 55, and more than a quarter of architects will retire before the end of the decade. Among professionals who voted during the last presidential election, architects gave a very slight edge to Democrats, but their voting patterns were more closely aligned with Trump supporters than with the creative professionals who overwhelmingly cast their ballots for Clinton. These demographic attributes leave many wondering whether the seasoned leadership of the profession is up to the challenge of progressively guiding architecture into a new era of climate-conscious design.

The good news is that professional views on climate change have likely shifted a good bit in the past decade. The bad news is that they have not shifted far enough to suggest that transformational change is on the horizon. In a 2017 survey, Architect Magazine reported that just over 70 percent of respondents were either committed or “willing” to work on sustainable buildings, while 33 percent reported climate skepticism in the professional ranks. This rate of skepticism is twice the overall percentage of skeptics in the United States, according to Yale’s annual climate survey that year. More surprisingly, 13 percent of surveyed architects suggested that climate change was an outright myth.

Experience leads one to think that the skeptics are largely older, politically conservative architects. But do these beliefs of soon-to-be-retired architects really matter? The answer is overwhelmingly yes. Seasoned leaders set the standards for practice. They sit on boards that determine the local standard of care, and they help craft building codes and zoning rules. They determine the guidelines for professional licensure and for training. More importantly, architects have shown that a small but dedicated cohort, such as the AIA’s Committee on the Environment, can have a global impact, shaping practices and supply chains. Unfortunately, as agents, architects are subject to the whims of consumer preferences, no matter how environmentally excessive such consumption may be. Ultimately, they have limited efficacy by themselves in addressing the climate crisis, until carbon pricing curtails carbon-intensive consumption of buildings and land.

While some architects have turned to overt moral arguments to counter carbon-intensive norms in design practice, others have put forward precise agendas intended to benchmark the practices and products of architecture. Predictably, moral arguments about climate change merely tend to reinforce the convictions of younger architects who do not always bear the economic burden of change. This generational gap highlights what is perhaps the crux of the challenge—economic scalability. Young folks often have too much faith in high-tech (and expensive) design solutions. But what the world really needs is low-tech (and cheap) intellectual property supporting the mass production of climate widgets. By the same token, to be successful in diffusing climate-conscious design, one must present solutions that are economically scalable and offer a return on investment to clients. Most clients will not be shamed into compliance.

Given the plethora of options and strategies, architects have had little empirical guidance on where to prioritize their efforts. Conventional metrics of sustainability look like child’s play compared with the globalizing forces shaping cities in the age of climate change. In light of these challenges, the reformation of architecture requires parallel reformations in the economics of design and construction, in energy markets, and in the valuation of land and ecosystems. The overwhelming scale of these concurrent challenges has been paralyzing to architects whose professional dominion is limited to the boundaries of a particular lot.

In recent years, an unlikely source of guidance has come by way of Project Drawdown. Founded in 2014, the initiative seeks to provide empirical specificity to identify actionable climate change solutions, most notably gathered in the publication Drawdown (Penguin Books, 2017). A 2020 update to the book, The Drawdown Review, chronicles the project’s expanded portfolio of work, and offers an impressive consolidation of priorities for the building sector. But the report also highlights a radical rethinking of where architects should concentrate their efforts—largely by moving away from expensive high-tech solutions in favor of economically scalable interventions. The standard go-to design features of high-performance facades and thermally optimized structures are superseded by LED lighting and building automation systems, including smart thermostats.

These reweighted priorities reflect a deeper economic logic that suggests that lower-cost solutions are more effective by virtue of their potential scalability. There is also a strong social equity argument to be made in support of this reprioritization in that many more people may benefit from these lower-cost innovations, particularly among those who are most vulnerable to the shocks and stresses of climate change. While the project has analytical limitations in considering the distributional equity of who bears the costs and the burdens of these scalable “low-cost” interventions, future methodological advances may be able to address this gap.

Consider the case of net-zero housing, an environmental luxury few can afford. The Drawdown Review explicitly acknowledges the opportunities associated with net-zero buildings. But it implicitly recognizes the limited scalability of net-zero in today’s marketplace of consumers and suppliers. This may surely be an affront to those who have advanced tremendous innovation in net-zero design. It could also be understood, however, as a challenge to find a middle ground that builds upon existing supply chains to reduce unit costs and offer greater affordability compared with non-sustainable alternatives.

For some, given the urgency of the climate crisis, the project’s logic of economic scalability may amount to too little, too late. Yet for an influential cohort of design leaders, Drawdown’s priorities are not only achievable but also economically feasible for their clients. The effort nudges architects and building owners in the right direction by offering a reality check on where to focus the building sector’s efforts. It also puts forward an important insight into the divergent priorities of the sector across the globe. For instance, if all of the building efficiency measures identified by the project were implemented (e.g., high-performance glass, automated thermostats), it would still only amount to less than half of the CO2 savings from improved clean cookstoves within people’s homes. In domestic terms, this may very well reinforce current campaigns by local governments to prohibit natural gas connections in new building construction.

The global implications from The Drawdown Review suggest that there are technological and economic limits to the energy efficiency of buildings. The initiative presents a broader view of the ways in which buildings are conduits for a wider transformation in the energy sector. A conversion to solar water heaters alone, for example, offers a similar impact to the high-tech facades that tend to dominate the conversation in architecture circles. As architects move forward to socialize new standards of practice and rationalize those practices with their clients, The Drawdown Review suggests a new set of priorities that expands the horizons of technical and socially equitable opportunities. This does not mean that high-tech facades are not important. It just means that architects must diversify both their practices and their understanding of whom they really serve in the age of climate change. 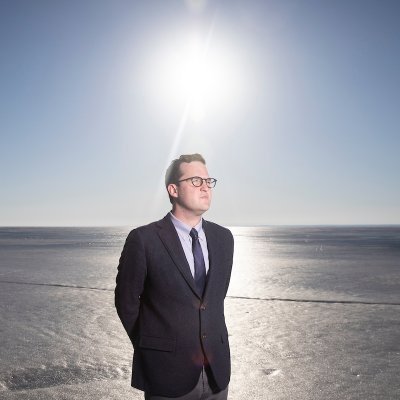