Save
The Rotunda of Memory and Glory Pavilion / Kovalevsky & Maryasov 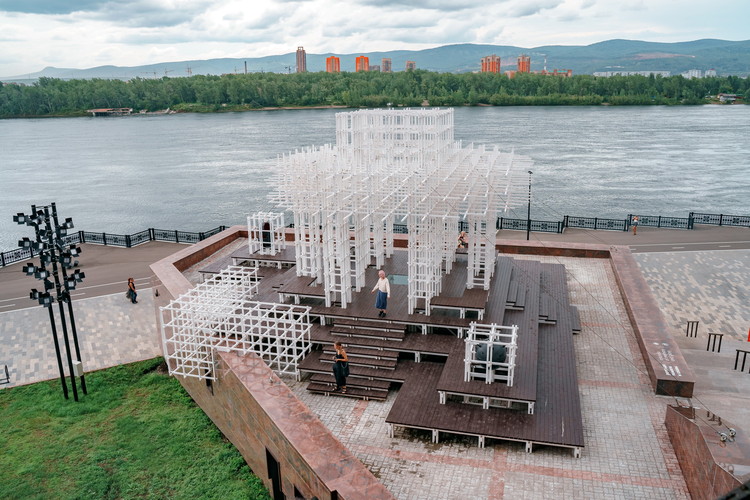 Text description provided by the architects. Summer of 2020 saw an erection of an evanescent structure on the podium, adjacent to the grand staircase of Museum Center “Ploshchad’ Mira”(Mir place) – a polysemic symbol of “war and peace”. The current public art object is an exterior part of an exhibition that reflects on the tragic period of the Second World War. The shape of the riverside ethereal object brings to mind the classic round pavilion. The framework of 12 columns supports the multilevel round entablement. The entablement is constructed from white timber, paying homage to festive landscape architecture that surrounded the outdoor orchestras and sweethearts arranging to meet “at 6 o’clock after the war”. This Siberian structure has a more ancient precursor: Temple of Athena Nike on the Acropolis.

A legend says that the Greek statue had its wings cut off to prevent the giddy goddess from flying away. Our “nest of victory” is made for a wing-bearing goddess, although here the wings are incorporated into the very body of the “monument”. The “feathers” are a continuation of the colonnade. But the finest of all associations is the cloud… That needs to be held down by rope. The transparent body of the pavilion rises over the river like a mirage against the hermetic shape of the museum building, like a specter of the past in the contemporary environment. The classic archetype is passed through the XXI century optical filter, taking on virtual qualities and slightly “pixelated” character.

Probably the most important aesthetic quality of the object is its visual vibration. It constantly changes its density when looked at from the side, from above and from the bottom. When the sun enters the stage, the effect of the aural construction is magnified. The white framework is covered by the boardwalk. Wooden decks are a special feature of the structure: they allow to sit, or even lay down, anywhere on the platform. This is a continuous recreational surface. In the center of the structure is an “empty pillar”, connecting the underfloor horizon to the skies.

The opening on the floor if covered by shatterproof glass and on the bottom of the well is a mirror which “reflects the stars”. The square oculus looks into the excavation and vice versa: the past looks up from the hole in the center of the stylobate. Any person can enter this optical tube and attempt to string his memory on the axis of eternity “between the earth and the sky”. The museum installation’s structure carries an expositional-thematic gesture: two imprisoned water mines. The museum gently offers the public a reflexively pacifistic situation of recreation “on the bombs”. Besides, the entirety of the multidimensional portal acts as a sort of “resonator” for the soundscape: the acoustics of the underfloor space broadcasts the special music of river oratorio. Floating over the riverfront, the “cloud of memory and glory” becomes a symbolic waymark for people walking along the Yenisei River. Like a leading light, shining day and night. 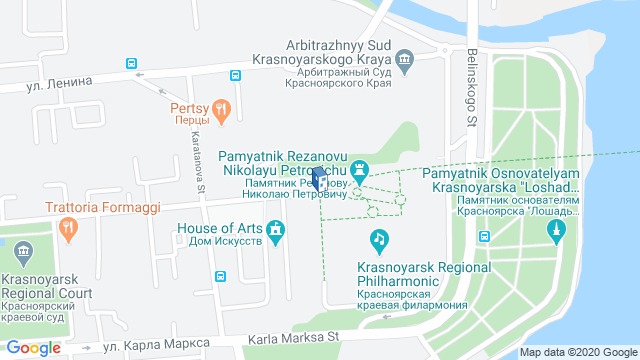 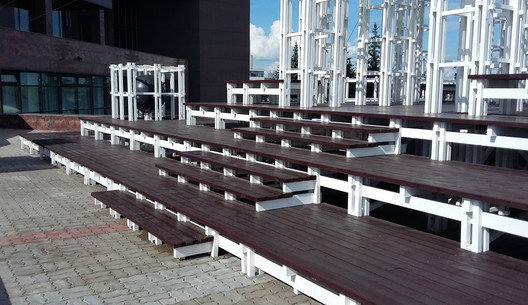