Hungarian architect Tamás Nagy, Head of the department of architecture at the Moholy-Nagy University of Art and Design, has passed away at 69 years old. Born in Csorna in 1951, he worked as an architect in Budapest and New York before establishing his own architectural office. In this tribute, architect Steven Holl remembers the work and life of Tamás.

Tamás Nagy, head of the department of architecture at the Moholy-Nagy University of Art and Design, passed away suddenly after a short illness in Budapest on July 2nd at 69 years old reported by his son Denes Nagy. He was a passionate educator and an amazing architect who focused many years on religious projects. His Roman Catholic Church realized in Gödöllő, Hungary in 2007 is a spiritually serene composition of inspiring gravitas.

The Gödöllő complex; a church, vicarage, and community house is entered via a calm central courtyard. The fine proportions and articulated details prepare one for the surprise of arched apsis of the altar with saturated colored glass elements. Tamás here organized a color-sound transcription of the Gregorian melody of Kyrie eleison.

Tamás and I shared ideas of music inspiring architecture. Our “Architectonics of Music” class at Columbia University was sited in Budapest and based on works of Béla Bartók thanks to Tamás Nagy’s collaboration in 2006.

I believe his masterpiece was the monastery and cultural center, Szentkút Pilgrim Center, in Mátraverebély, Hungary built in 2015. This complex of 15, 523 square meters. The place visited by pilgrims for over 900 years because of sacred spring waters has several elements:

A deep originality and skill is at work in this amazing complex of buildings shaping outdoor spaces. A musical sense of geometry, proportion is tempered via perfect balance of material and detail.

When I first saw a portfolio of photographs of this – I felt that it was an extraordinary example of 21st century spiritual architecture, and I nominated it for an award at the American Academy of Arts and Letters.

Tamás was that rare architect and teacher who could balance real gravitas with a surprising sense of humor. He and his wife, the artist, Ilona Lovas, taught and lectured at our ‘T’ Space Fellowship Studio in July 2019 to the great delight of our students. His shockingly sudden departure is a loss to serious architecture culture. 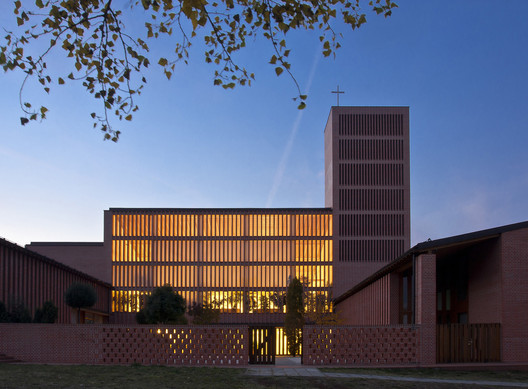