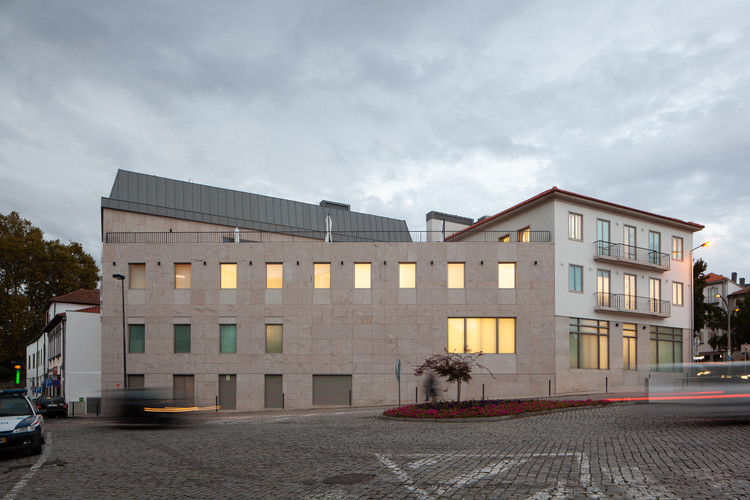 Text description provided by the architects. The Hospital da Luz - Vila Real project aimed at the rehabilitation and adaptation of an existing building in the Historic Centre of Vila Real to a Hospital Unit. The building is the Vila Real Cathedral and Alto Douro Vinhateiro protection area and is part of the intervention area governed by the Detailed Plan of Vila Real’s Historical Center.

As a starting point, the image of the main building (located in the main avenue) was respected, having been proposed the rehabilitation and improvement of all planned elements to be maintained. The existing building had a very simple design in terms of volumetry and elements characterizing the facade. Elements such as openings or balconies, presented a very simplistic design without any rein-forcement or valuation of the main elements, characteristics that can be observed in other more noble buildings of the mentioned context.

In addition, the demolition of the entire building’s interior as well as the existing volumes at the back was proposed, keeping only the main facade and the two adjacent side facades of the main building, facing the Cathedral and the Conde d'Amarante square. For the side area of the building, all the pre-existing elements were demolished and the construction of a new volume was proposed, carefully crafting the elevations and volumes that translate into an interpretation and stylization of the existing building. The set of these volumes minimizes the impact of the proposed extension.

The new volumes are covered with stone identical to the existing one (yellow granite), with a stereotomy that relates to the metrics of the openings and other elements that characterize the facades. The metrics of the stereotomy attribute a human scale to the building allowing for greater proximity in terms of the the user’s experience and relation with the urban space. 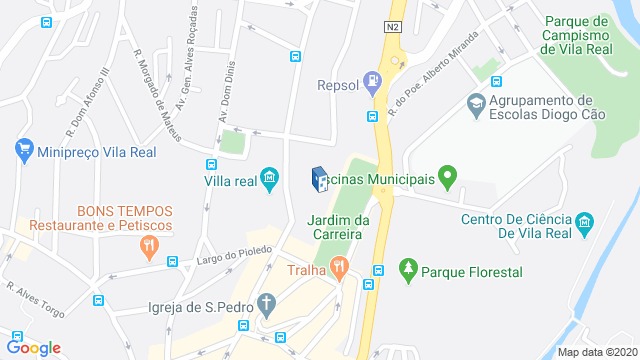 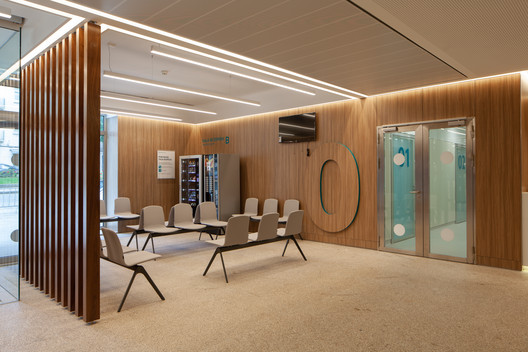