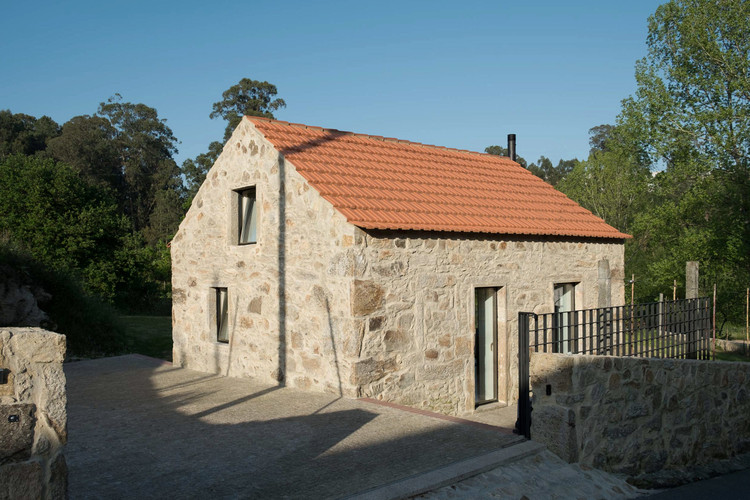 Text description provided by the architects. Once there was a vineyard with a small, unremarkable, and partially ruined farmer house built on it. In spite of the modest origins of its construction we decided to conserve its picturesque looks. Its irregular openings where maintained adding all but one larger window looking curiously up the street.

On the inside, however we decided to follow other rules. Nothing of the old “shel” is to be recognizable on the inside. The odd shaped openings as seen from the street, reveal to be part of an absolutely symmetric composition to witch the kitchen is the epicenter – on its right a mirrored door hides the bath area, while on its left there is the staircase to the upper floor.

Playfully breaking this other wise classic composition there is a spy window. It is perfectly aligned with the new outside window but irreverently rotated 45 degrees. Staying on the second floor, one can hide and look down on the living room. From the outside one can see thru the entire house thanks to this two sister windows.

The house was thought to be slowly discovered – built with hidden cabinets and sliding mirrored panels. The modest exterior contrast with the lavish marble stone decorating the cooking area, while the wood door and ceiling give it a cabin like looks.

The seemingly small and modest house, appears larger now. Thanks to its double high sealing and lavish marble finishings it is transformed into a proper modern dwelling. A place to spend the weekend, restfully gaining strength for the days ahead. 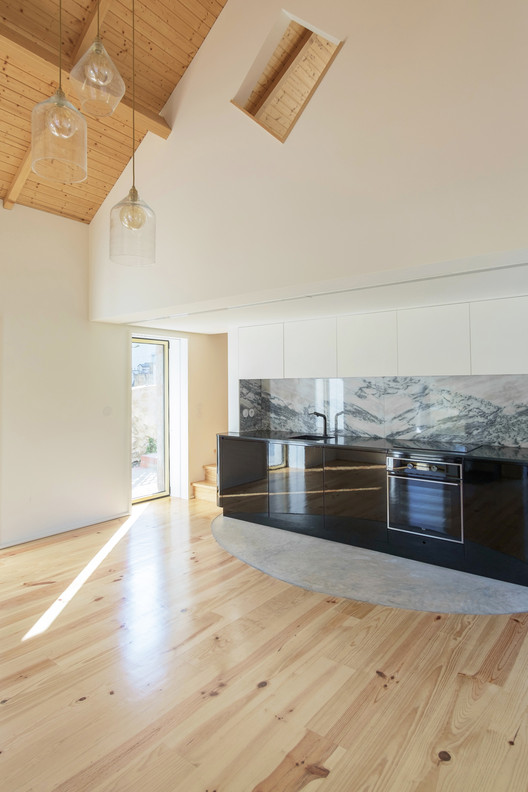