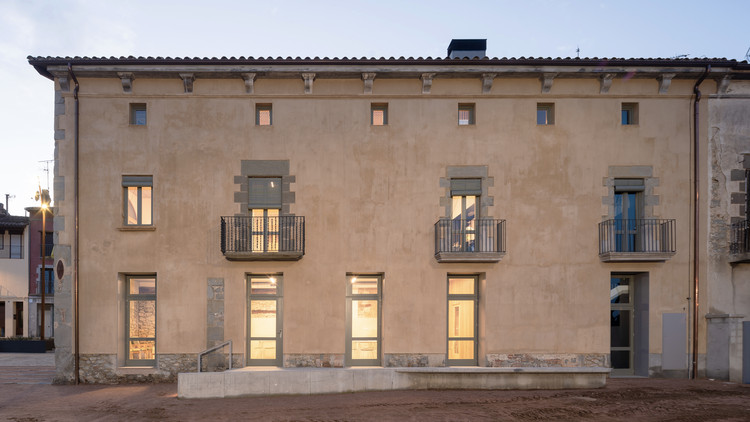 Text description provided by the architects. The reconstruction of an urban hamlet badly hurt by water and abandonment inspires the location of a new collective and multi-functional program through the opening of new interior spaces. The light and air inserted into the building generate a new spatiality that transforms the rigid structure of rammed earth walls and dark rooms.

The house of El Mallol, of Baroque origin, was a landmark building in the municipality of Sant Hipòlit de Voltregà (north of Barcelona, with around 3,000 inhabitants) from the 18th century onwards, due to its location on one of the access roads to the small town urban centre. At the end of the 20th century, it was in a very precarious state due to its abandonment, at which time it was acquired by a real estate group to proceed with its complete demolition and construction of a new multi-family building with six houses and simulation of the original facade. Fortunately, the economic crisis (2008) and the courage of the City Council and the municipal technicians, allowed the in-extremis acquisition of the house and its inclusion in the heritage catalogue as BCIL-Cultural Asset of Local Interest.

Some of the main decisions of the project were based on an initial historical study and the pathologies report. Given the lack of resources and having a well-limited functional program, a constriction principle guided the first steps of the project: tearing down those non-essential damaged parts, in spite of the surface reduction of the building. On the one hand, the non-reconstruction of some slabs damaged by water filtration allowed introducing air and light into the interior. On the other hand, the demolition of the volume attached to the main façade implied recovering the original volume of the building: a symmetrical body with a gabled roof, substantially improving the conditions of the surrounding public space.

The floor plan of the building illustrates a unique typology resulting from the mixture of the traditional (isolated) farmhouse and the urban baroque house. A gallery was added to the original building in the south part and later a new wing was attached to the southwest quadrant, which deformed the original rectangular geometry.

The architectural project opted for preserving the structural logic to avoid the introduction of a new resistant steel-framed structure. It consolidated those structural elements that allowed it: the rammed earth walls, generally in good condition; the ceramic vaults in the ground floor rooms, all different and which were reinforced internally; and the only wooden beamed floor that had characterized the noblest room on the first floor in the original construction. 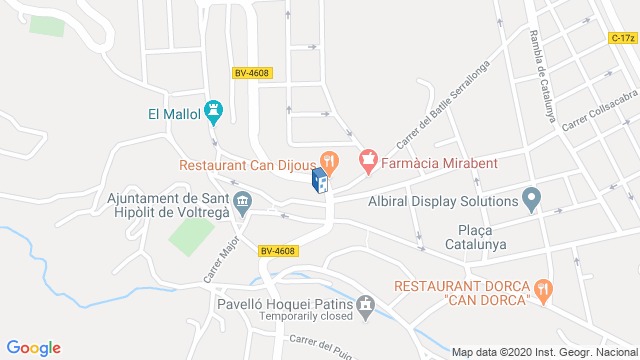 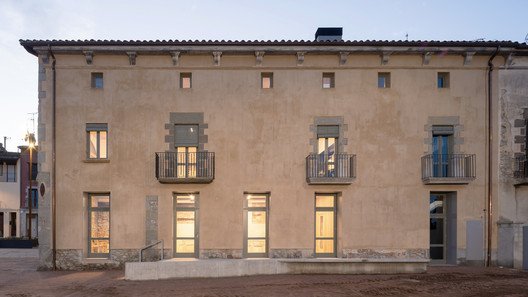