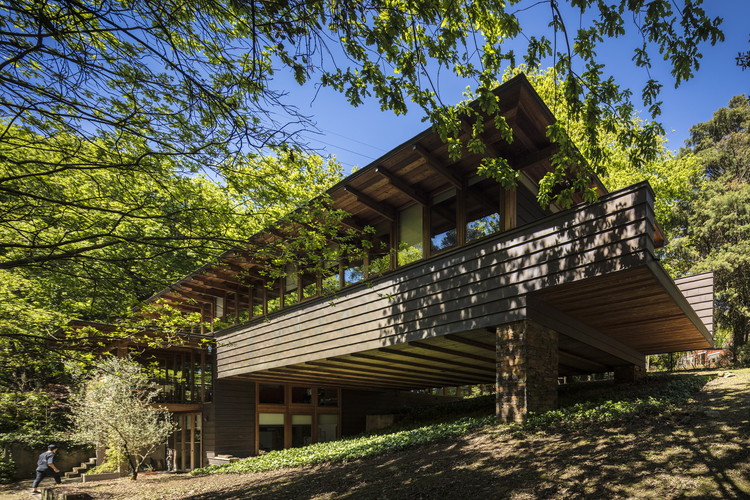 Text description provided by the architects. The architect was allocated the third house in the Quinta do Buraco condominium, located in a plot of land that nobody wanted. The search for the right solution was both interesting and complex given the steeply sloping terrain, with an underground water-course and dense tree cover - where invasive species were crowding out the autochthonous species.

The relationship with the client was excellent notwithstanding the constant refrain: There's nothing worse than building your own home; it’s a sea of indecision, a world of doubts; everything becomes much easier when it’s for other people.

The volume containing the family’s communal areas lies perpendicular to the curves at that level, thus creating new landings and consolidating the existing landings. An office was placed over the garage area in order to make it possible to work at home on occasions and take advantage of this location. The front room, located in the intersection between two bodies has a higher ceiling and establishes a connection between the private area and the communal area. Due to the slope of the terrain, it was possible to create another ground floor room, for use by the family's children and their friends.

In the site where a water-course was identified, there is now a three-quarter body. A bridge was also built, terminating in a terrace, thereby maintaining the original profile of the land and creating the possibility of encompassing the landscape below, both from the interior and the exterior. Next to the plot of land itself, the entire structure is made of concrete.

The exterior covering is constituted by wonderful manufactured copper, glass and slate on the floor areas adjacent to the interior floors. The colours are, and will remain, the natural colours of the respective materials. Work will now proceed in the exterior zone. A good client is the most important element for a construction work. The people who build it, will constitute the work itself.
(September 2001. Carlos Castanheira) 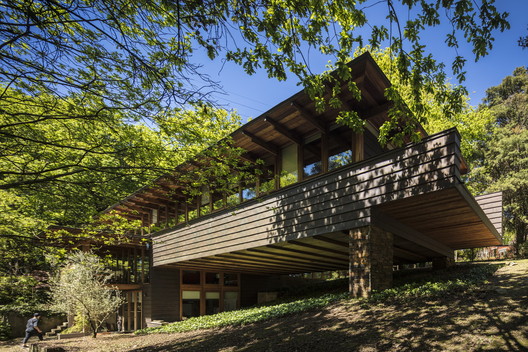