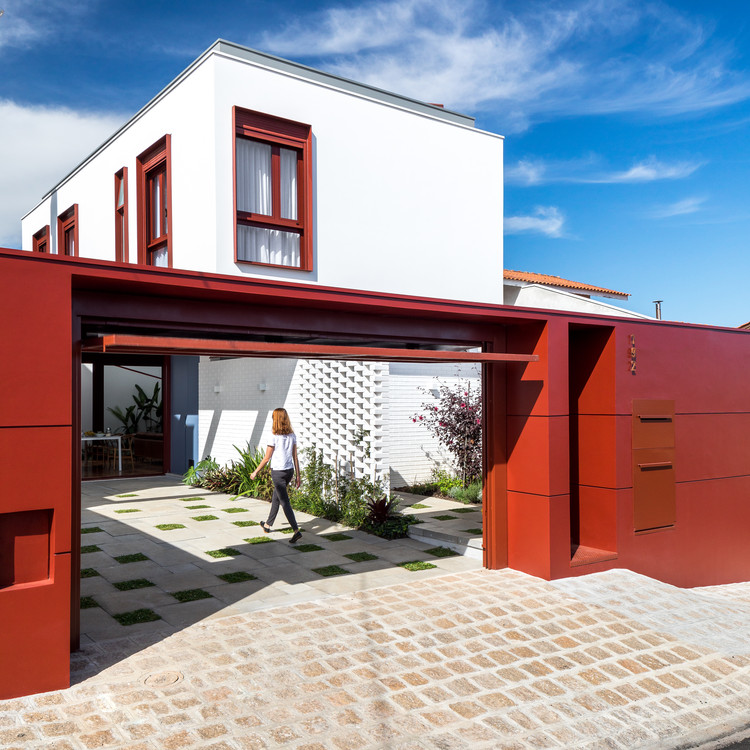 Text description provided by the architects. What if we were up to re-evaluate our priorities and clean up excess spaces we inhabit, reducing homes to a configuration that values ​​what makes sense to each family and removing what is superfluous? The Grená House was designed for a family of four: a couple and their two adult children. The land is the same where the former family house is, with 330m², having also a large garden and a squash court.

Questioning the time they spent to take care of the house, there came up the possibility to subdivide the lot into three different houses and occupy the place where the old squash court was located with the new house, which should be practical and cozy. To preserve the history, the original parquet flooring of the court was removed by the owner and restored to be used in the social area later.

Based on these premises, Grená House emerged from the boundaries of the old squash court on the ground floor, with 9 meters of free space and 1,60 meter far from the back wall of the lot. This distance allowed the cross-ventilation and indirect light in the social area, and generated a garden area that is incorporated into the house. The first floor has a semi-covered parking space that can function as an extension of the social area. There is also a kitchen, dining, living room, toilet, and service area. In front of the service area, there is a sunny patio and a vegetable garden.

For spatial freedom on the ground floor, the intimate block was suspended on the grid of metal beams that crossed the lot in the shortest direction. On the upper floor there are the suite, two bedrooms, and a garden. This volume has been moved to the limit of the plot so the rooms receive the sunlight that comes from the North. The children's rooms share a private garden, designed as a space for the siblings and a place to enjoy the sunset.

The reddish color comes from the local soil and appears in three features. At the access to the house, on the front wall, which is completely sealed and, besides composing a visual barrier, it has the function of trash and deposit. Also, the red is in the metal parts, formed by frames and beams. And it is on the staircase made of folded sheet metal, which marks the circulation to the second floor and receives direct lighting through a skylight.

In addition to the metal beams, conventional materials such as masonry and concrete structure were used. The built area is 139.00 m² spread over two floors. The house received a precise thermal comfort project, which directed the application of plasterboard on the external walls and detailed specifications of aluminium profiles and glass for the frames. Despite the rational form and function, the house shows the personality of the residents through colors and objects. Through its reduced configuration, it was made possible to silence external noises while it has room for what makes sense. 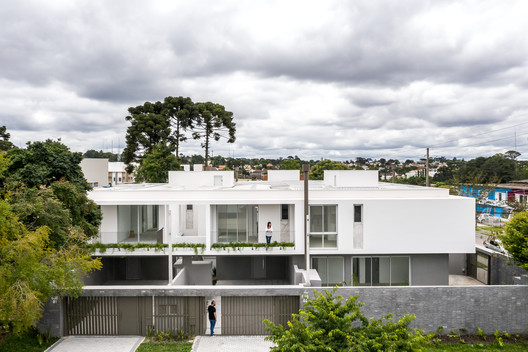