Save
In conversation with Anastasia Elrouss: Architect, Activist, and Founder of Warch(ée) NGO
Share
Or
Copy

“I’ve known since I was a child that change would never happen on its own. My dream was to make a positive change as a woman architect and urban planner.” Architect, Activist, and Founder of Warch(ée) NGO, Anastasia Elrouss has been involved in architecture and advocating for women in the field, for nearly 15 years. Through her own practice, she is always seeking to create interventions that are constantly adapting to the users and the environment, “putting the human layer at the center of the architectural experience”. Through her platform, she is encouraging an ongoing conversation about gender equality and the role of women in the workplace and the world.

Archdaily’s Hana Abdel, project curator and Christele Harrouk, senior editor, had the chance to sit with Anastasia to discuss her journey, her creative process, her deeply-rooted involvement with women in the field and the inception of both her NGO and architectural practice. 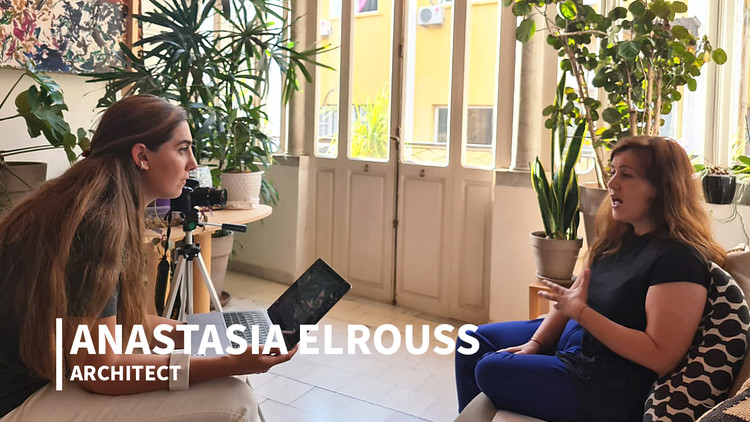 Growing up in a family of women, Anastasia Elrouss started to search for a way to leave her trace in the world at a very young age. Holding a degree in Architecture from the American University of Beirut, Elrouss started her architectural path, working for big offices. Soon enough, her efforts led her to YTAA in 2008, where she became a founding partner and the general manager of the architecture firm. In 2017, she founded her own practice ANA-Anastasia Elrouss Architects, in Beirut, Lebanon, where she is currently working on different projects, across the globe, focusing on both, the built and the unbuilt environments. Re-imagining how the user connects with the world and always pushing for risks and experimentation, Anastasia Elrouss Architects promotes spatial fluidity, on different scales.

Anastasia Elrouss Designs a Vertical Eco-Village in Beirut, a New Way to Inhabit the Built Environment

“Real gender equality can only succeed once each and every working woman has been successfully integrated into the workplace and on an equal footing”.Through her travels, Anastasia encountered a lot of women in the field of architecture who spoke of change, overcoming similar challenges although they had different journeys, and felt the need to “launch a debate about gender equality and the role of women in the construction field”. Inviting women to “sit at the table”, to make decisions, about their cities, their homes and the way they would want to live and co-exist with men, regardless of the socio-economic oppositions, Anastasia founded Warchée, a Lebanese NGO advocating for international social and gender equality in the workplace. Promoting the idea of “learning by doing”, the platform aims to actually push forward skills and tangible results.

Believing in a communal architecture, where people, especially women, are active role models in the inception of their spaces, Anastasia sees the future of architecture as diverse composition of social and cultural backgrounds, in order to create resilient urban landscapes.