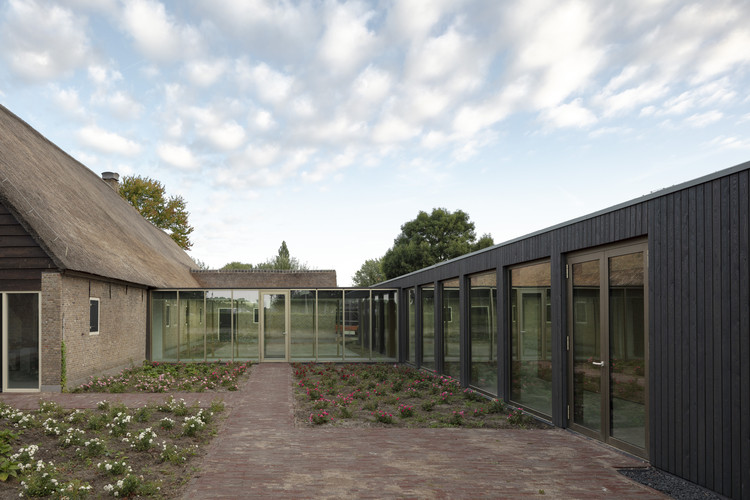 ’De Kapel’ is a monumental farmhouse located on the southern edge of Zuidwijk, a residential district in Rotterdam. This national monument has been transformed into a centre for terminal care: Hospice ‘de Liefde’. The thatched building has been extensively renovated and expanded. With the addition of a new wing, the experience of the routing through the monument and the garden, nature, light and spaciousness is used to contribute to a dignified farewell.

The 18th century farm, of the Overmaasse cross-section type, was designated a National Monument in 1975. From 1992 to 2017, ‘de Kapel’ was used as a work centre for adults with a (mild) intellectual disability. Due to major renovations in the past, the monumental value of the existing farmhouse now lies mainly in the typology of the building, the house, the old facades and the imposing thatched roof.

The former cowshed is used as the living room of the hospice. In this long space, the old monumental rafters are still visible. Other functions such as the kitchen, reception area, guest room and team rooms are directly adjacent to this space. A double-height space at the head of the farm houses the ‘ritual space’, a space where people can gather to bid farewell and commemorate in a Buddhist tradition.

A glass corridor runs from the common areas in the farm to the new building with the guest rooms. The experience of greenery, nature and light is central here. That is why the gallery around the enclosed garden has a lot of glass. Wooden columns, wooden walls and cupboards give the room a clear rhythm. For the redevelopment of the farm into a hospice, the six guest rooms have been placed outside the old farm.

The requirements for good living areas (sound, daylight, ventilation and insulation) are difficult to achieve without affecting the monumental values of the farm. As a result, the new building could be equipped with a ground-source heat pump, solar cells and ventilation with heat recovery. The extension's architecture is inspired by the dark woodsheds found at many farms of this type.

As a result, the farmhouse, together with the modest extension, forms a harmonious and natural whole in the landscape. Unlike a traditional shed, the new building has a modern design with bronze-coloured frames and a zinc roof with integrated solar cells. The supporting structure, as well as the facade cladding and a large part of the interior finish is made of wood. The guest rooms can be reached from the corridor along the courtyard.

Each room has a private bathroom, a wall-to-wall window and a private covered terrace, facing the garden of the farm. This room is a place where the guest can retreat to find peace and intimacy. A stay in hospice ‘de Liefde’ is an intense period of life, in which the building offers a meaningful environment to bid farewell and commemorate in an attractive landscape. 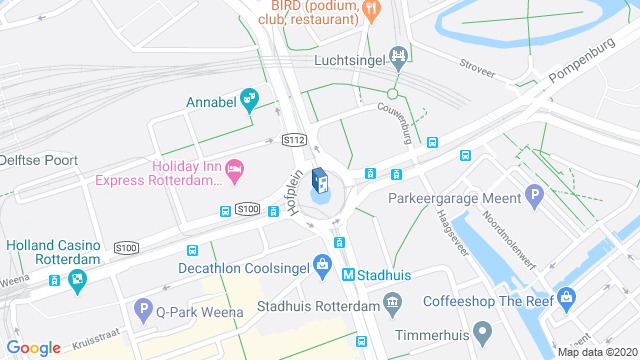 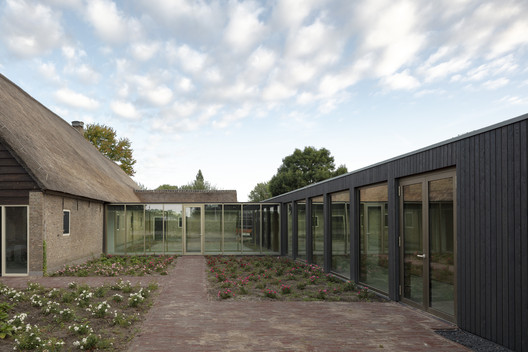