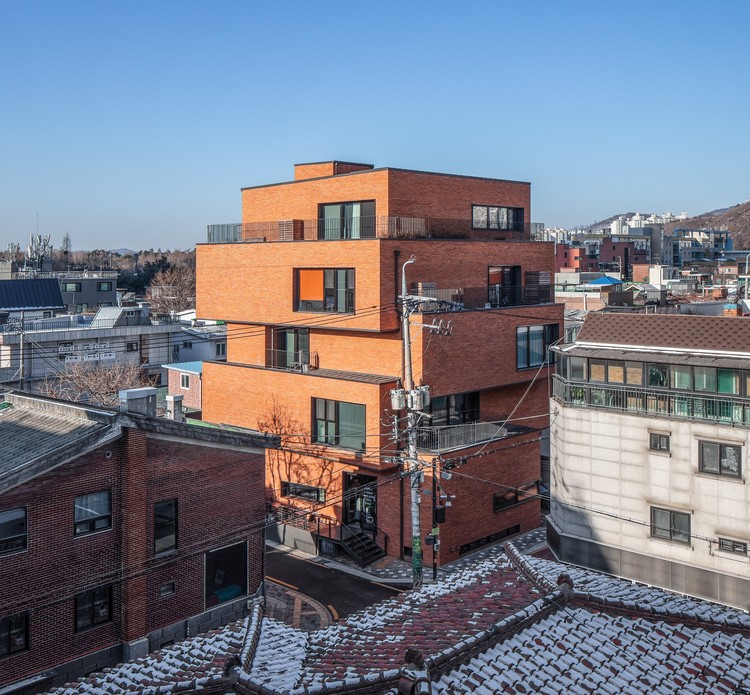 Text description provided by the architects. This project is to design an office building for a film company. Seongsu-dong, where the building is located, is on the edge of central Seoul. There were many shoe-making factories. The district has been known for the handmade shoe industry. However, with the decline of the footwear industry, the majority of the factories have been closed and left empty.

As the young generation has been gathering in the place, many cafés, performance halls, and art exhibition spaces have emerged. Seongsu-dong has currently become a representative hot place in Seoul. Red brick that covers the exterior walls of the factories is a typical material, which is the distinctive style in the area. In order to preserve the character, the local government recommends using red bricks. Under the concept of ‘Stacked Boxes’ – symbolizing independent workspaces – five independent masses are piled up and slightly shifted perpendicularly, creating balconies that become resting places.

Depending on the direction and the location of light, the red boxes give various different feelings to the occupants, and at the same time, it allows the building to give a strong impression from any directions. On the ground floor, there are two boxes – large and small – and between them, the sunken area is created to provide light and air to the basement. The small box is designed as a separate commercial space, inspired by a traditional Korean pavilion called ‘Jeongja.’

The structure of the building is a reinforced concrete composed of columns and beams. The two pillars ‘YF’ in the parking lot represent the initial letters of the name of the film company. The ground floor is designed 1 meter above the ground so that light comes into the basement through the high windows. The high side windows and sunken space make the underground space more pleasant. 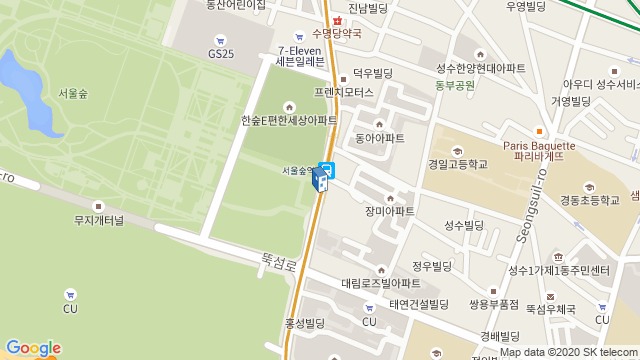