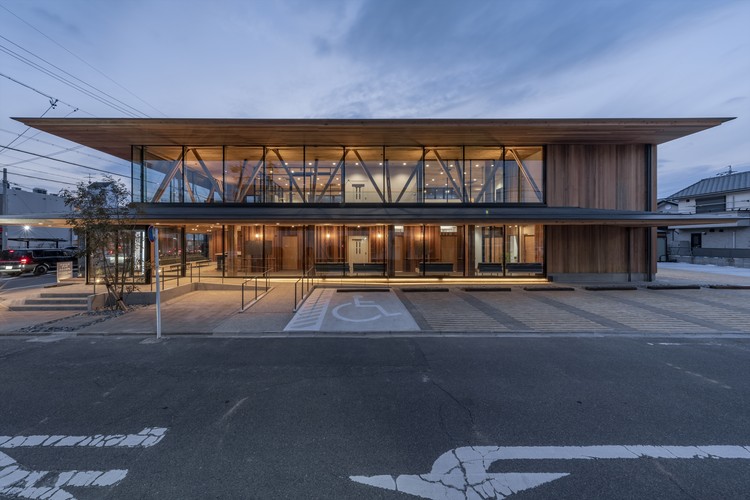 Text description provided by the architects. The site is located in the north part in Nagoya city, where is known a good residential area and has a large population. We set the large wood eaves extended from inside of the building to a tangent between the town that has traffic laden street. The large wood receive the patients and generates a space where the patients can feel the sense of secure even outside the building, being a symbol of the town.

Inside the clinic, we provided a waiting space where the patients can feel the warmth of sunny and an open feeling by setting the L-shaped open ceiling space along the tangent. The large eaves and the L-shaped open ceiling space generate a gradation for the boundary between gradation town and the clinic. They created a comfortable intermediate space in addition to a function as a building space.

The L-shaped open ceiling space connects a spaces of the rehabilitation room and the waiting room on the second floor in addition to the outside and the inside of use clinic so that the patients can spend relax, comfortable time as if they are being in a lobby. A plenty of wood material was used for portions touched by people directly for reducing nervousness. This building has "Warm transparency" for the town.

To configure the large eaves and the L-shaped open ceiling space, we adopted a steel structure with a brace. A space truss on the upper part of of the open ceiling space plays an important role. Although a steel Y-shaped column, which consists of the space truss, are interposed between the wood material, the steel members are intentionally visible to show the functional means of the steel member.

To hide a horizontal member of the open ceiling space, the space truss is consisted of members of a half-size H-shaped steel and a flat bar. The surface rigidity of the space truss and the roof support the large eaves while securing a power transmission in the horizontal direction. We used hand-made tiles for the floor of the approach and concrete blocks for the parking space with grass, to achieve an atmosphere like a park. 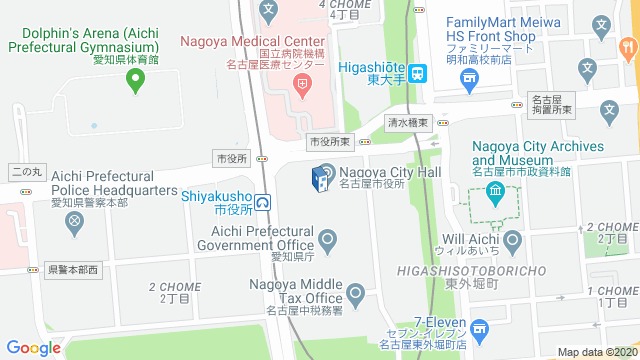 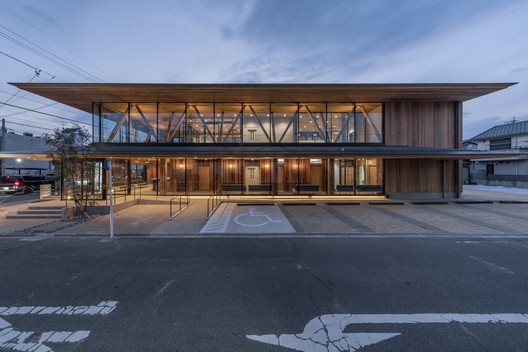