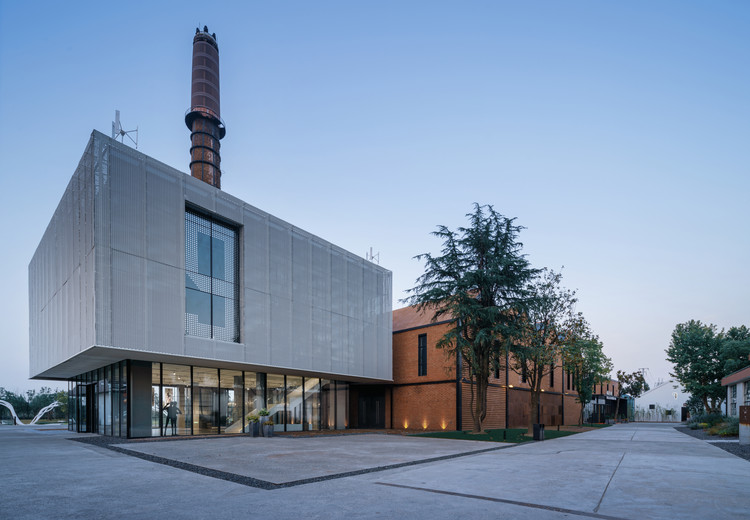 Text description provided by the architects. Yangtze River Center is a cultural project of 15,000m² located on the site of a former 17th century Ming Dynasty brick factory, located north of Shanghai. In 2018, the mayor of Shanghai chose this former industrial site to become the catalyzer of a large cultural project aimed at renovating and boosting several villages in the Shanghai region. Two years ago, we were contacted by the Shanghai Construction Group (the project developers) to provide them with ideas for a new concept and share with them our vision for the potential that the site could have. AND STUDIO played as an active participant in the entire development process, with the role of architect, artist, engineer, and strategist. During the visit of the site, wandering between empty buildings, we were immediately seduced by the composition of the spaces and the poetic decadence of the site, by the still very present soul of the old factory.

The original intention of the owner was to destroy the whole site and our objective was to convince him about the interest of a metamorphosis. To keep, restructure the framework, and complete the urban structure to reinvent a village, a place for exchange and encounters. We worked on developing the functionalities of each of the buildings. At the same time, we have elaborated and perfected the urban composition of the site: the perspectives, the sequences of solids and voids, the landscape, the architecture ... The materials and their alternations, the light, the memento of the original site.

To create sensitive spaces, along a path, both dynamic and conducive to contemplation and wandering. We have used local materials, notably bricks, highlighting the history of the site. We used mainly natural ventilation, water recycling, and tried to minimize the impact on the environment, using renewable energies. We have been awarded the LEED Platinum certification for the entire neighborhood. In the last seven years, only ten other buildings in China have received it.

The project consists of twelve buildings assembled together following different functions: A coworking area, distributed around a green patio, a combination of orange bricks, metal profiles, and plaster that emphasize the volume. The spaces are organized around a sequence of gardens treated in the traditional Chinese style. Several restaurants are located along with the lain ax. Their interiors highlight the industrial soul of the venue. A conference room, with a capacity of 800 people, can be transformed according to the needs of the client.

Several art galleries lead to a large showroom and a cafeteria facing a water basin. Heavily polluted, it has been thoroughly purified. A multifunctional hall with a two-sided scene opens onto the park as its’ natural extension. A broadcasting studio, reveals in the background the emblematic element of the original project, the high chimney of the brick factory. Today unused, it remains a witness to the site's industrial past. 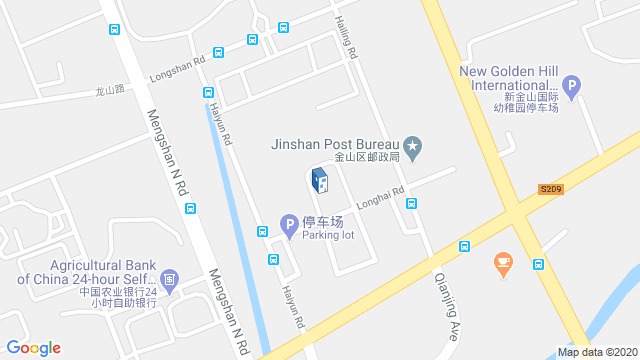 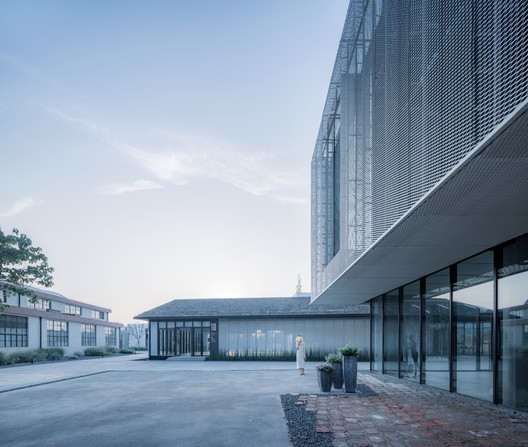 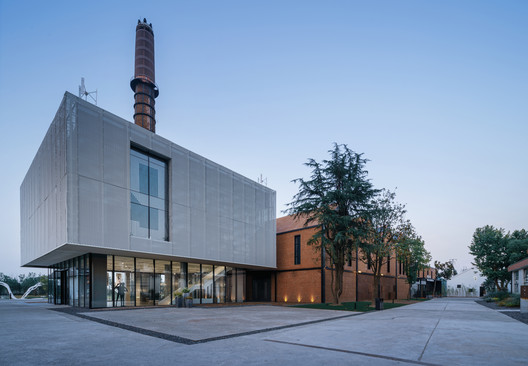