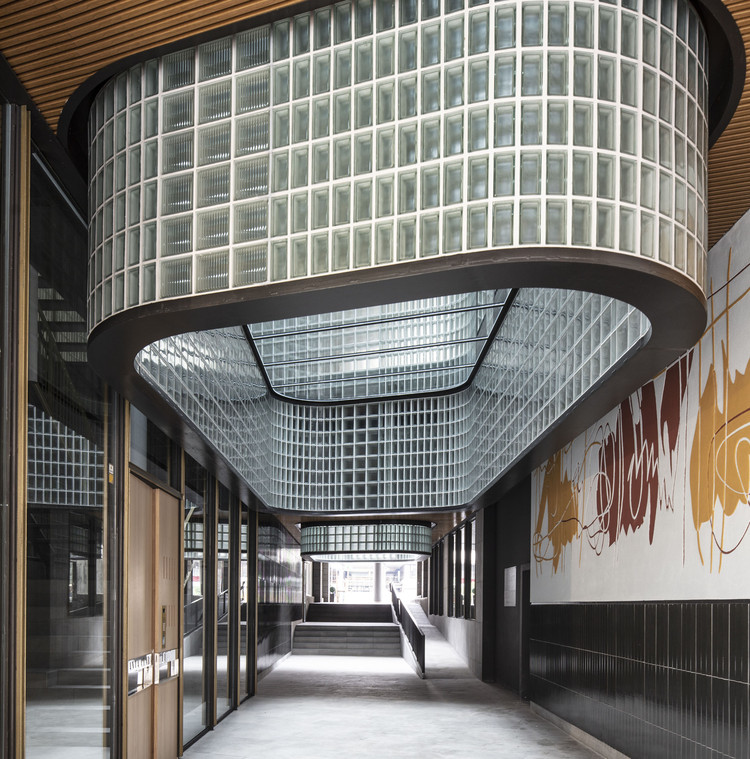 Text description provided by the architects. Sta Clara 11 is settled in one of the best areas of the Girona old quarter, facing the river. The aim of the Gironi developer is to transform a 70’s office dense storey building in a new dynamic living typology.

Several surgical operations are developed to transform the apparently indifferent modern movement structure into a rooted Gironi edifice, linked to the urban fabric pre-existences. All those aimed both to improve the inhabitant’s common life quality and to enhance the urban values.

A new curvy courtyard is proposed. This is thought as modern, transparent, luminous space, open to the sky. As a building heart, provides light, ventilation and character to the homes and to the public mew. It is defined in glass blocks following the north European tradition, from the Viennese Otto Wagner to Pierre Chareau’s modernism.

Private access and public common spaces are open to this new concept space, breathing light. This new insertion, as an ice bloc, melts its character to the street.

This new burnished materiality is combined with warm and traditional materials, to create a modern but grounded in the place experience. The new additions revaluate the character of the old quarter life. It aims to be modern thought being local.

The assorted dwellings typologies are open both to the street both to the courtyard. The different level are occupied with multiple experiences of life, from a two room apartment to the duplex penthouses.

The flexible old structure is adapted to the new times, also developing a new façade to the street, showing the renewed Girona’s character and free will. 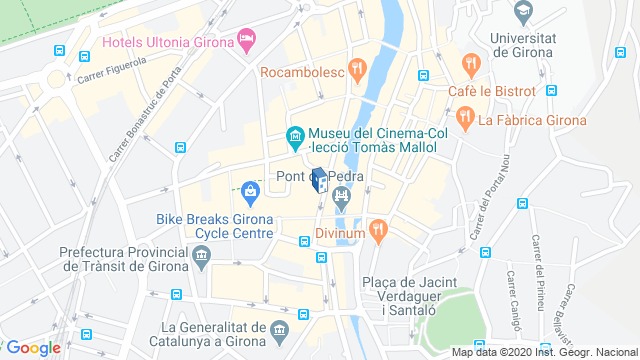 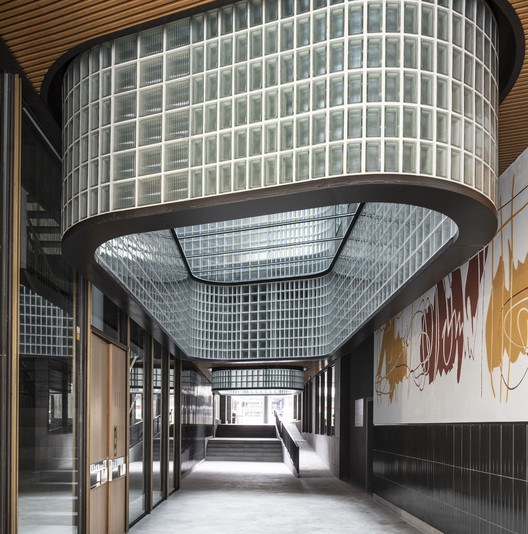