PAU or Practice for Architecture and Urbanism revealed images for a proposal that imagines New York City without cars. The visionary N.Y.C. (“Not Your Car”) project unlocks the potential of the city’s streets, reopens the public space to people and bans private vehicles. 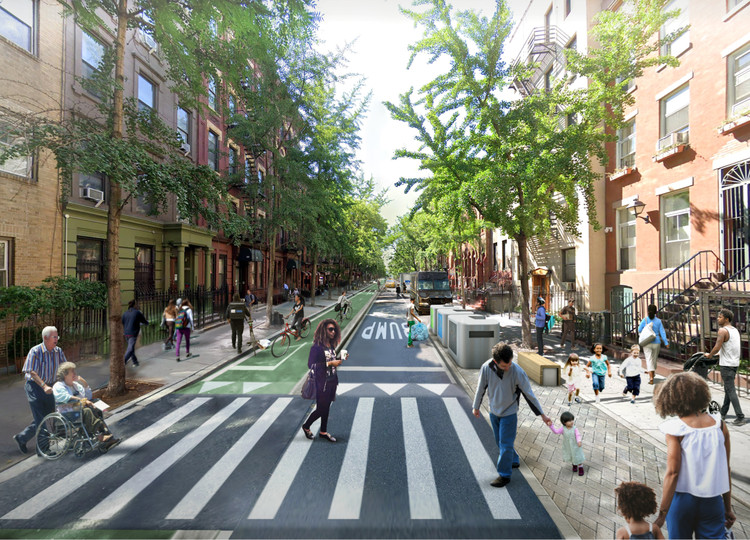 While the global pandemic has allowed people to minimize their dependency on cars, people in cities need more space to commute on their feet and keep safe social distancing measures. With fewer car deaths and cleaner air from less car pollution, it became crucial not to go back to an old lifestyle, and push forward innovative ideas that build on these new notions of living in the urban areas.

Focusing on re-appropriating the public realm, the project created by PAU, and led by Vishaan Chakrabarti, introduces alternative uses of the city’s space. Giving back the urban space to people, the intervention concentrates on eliminating private cars primarily and embraces new future post-pandemic notions of less vehicular dependency.

This concept suggests that “the urban fabric of cities would drastically change if local governments banned private cars and reallocated that space back to people”. In fact, this idea referred to as street equity, by Chakrabarti would ban private cars and make the city less dense. It would also use the cleared space “for new housing amid a daunting national housing crisis and create hundreds of acres of new parks and pedestrian promenades”. The local community can decide how to reclaim the newfound public space, by voting to bring curbside vendors, gathering spaces and civic and social services, etc.

Discover below highlights of the N.Y.C. proposal developed by PAU: 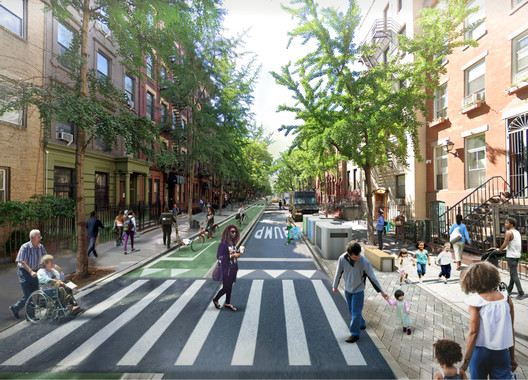