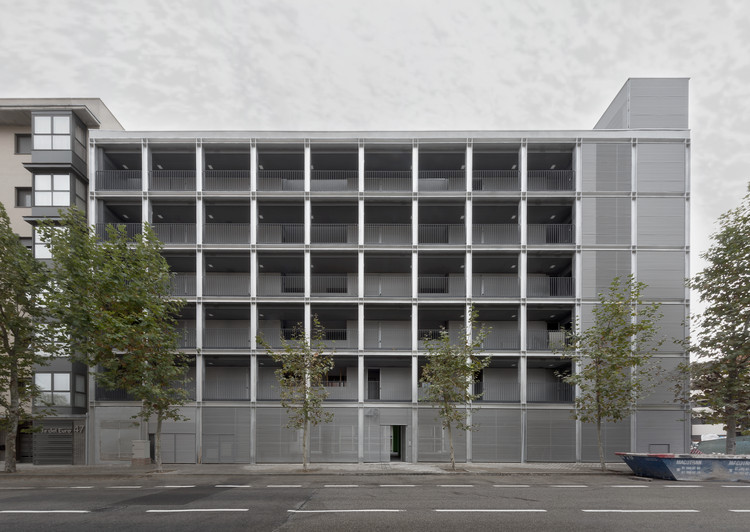 Text description provided by the architects. The project is the result of a restricted competition of architectural ideas convened by Madrid´s Council Social Housing Department (EMVS). That competition is a first step for the construction of a "demonstrating" building, in the context of the strategy marked by the Integrated I+D+i Manubuild Project, with fundings from the European Commission.

The objective of this competition, in which different European teams participated, was to obtain high-level architectural proposals on new building typologies - in the context of Mediterranean climatology and culture - with the use of industrialized, open and sustainable construction systems, so the selected ideas could become the conceptual starting point for the building that EMVS planned to make in Madrid as a demonstrators of that research.

The first phase, "Carabanchel 34 Phase I", it is developed under industrialized construction systems and looking for maximum energy efficiency. This first block is composed by a 25 houses block, in addition to the a semi-automatic parking underground. In the second phase, which we are dealing with, "Carabanchel 34 Phase II", the rest of the 25 homes are developed in a new block, on the existing structure, under bioclimatic criteria, energy savings, ecoconstruction and water management and efficiency. Once the structure o this second block was finished, the original project was adapted to fulfill with nZEB building requirements under the Passivhaus standard.

It is an innovative proposal that groups the houses neatly with double orientation. The proposal is based on the comfort and a modern criteria of bioclimatic habitability, in the same line as the first phase of this promotion. This "bioclimatic habitability" is based on the configuration of the building in a certain way to achieve maximum sun light for the living areas, something that EMVS has in mind in its structures since it enhances savings and energy efficiency. The project has been honored with with PassiveHaus Classic certification, becoming the first PassiveHaus project of the Municipal Housing and Soil Company (EMVS) of Madrid. 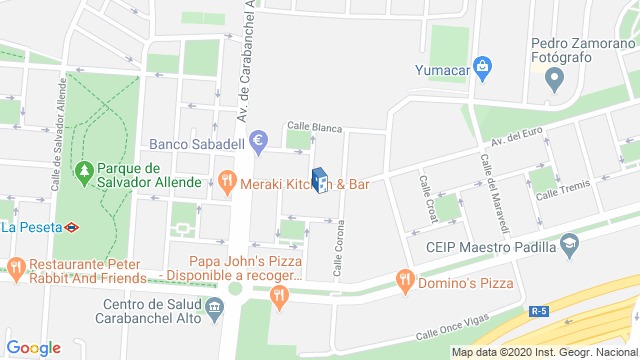 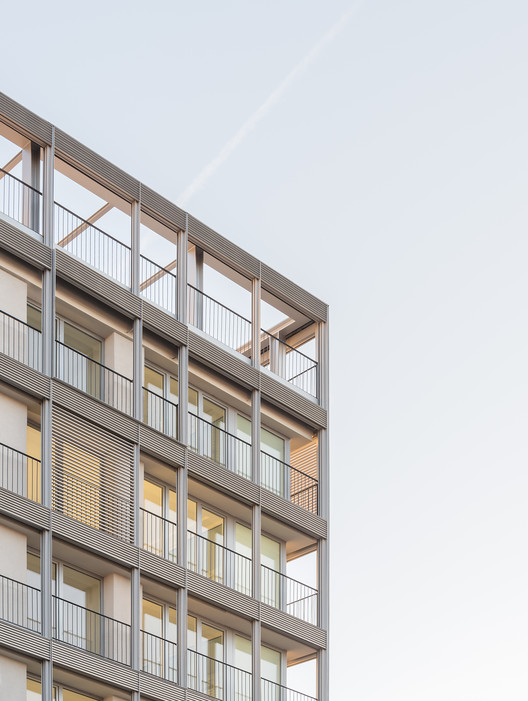