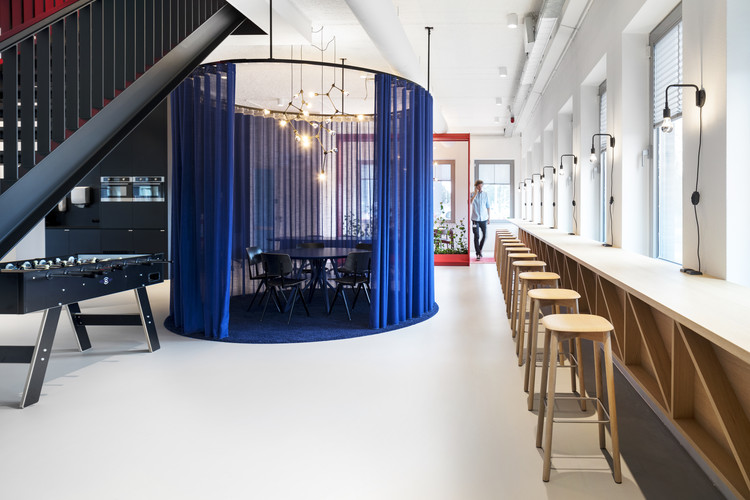 Text description provided by the architects. The goal of the municipality of Amsterdam has with its current housing policy is one that seeks to find attractive, efficient, and environmentally friendly homes for civil servants. To realize this, the municipality has created a policy in which there are two bigger ‘head locations’ and a number of smaller locations throughout the city. A number of public services have been incorporated in this location aside from its existing management functions; another detail is the semi-public workspace which civil servants of all other locations may use. This general area has a number of facilities like a semi-public plaza which has the aesthetic of a grand café, housing diverse meeting places.

Social contact is key in the plaza; one can order a quality cup of coffee during a meeting here. This area hosts a catering facility as well, and some locations now have service points for the operational management cluster. The extended part of the plaza houses the superflexzone. This zone consists of workplaces as well as flex places, which can be used as overflow for the rentable units and by civil servants who will only spend a short amount of time working in this building. The plaza and superflexzone have been designed in such a way that there is a logical change from the busier parts of the building to the quieter areas with flexible workplaces.

The conference center is meant to be used for formal meetings and has a representative appearance. When reserving a conference room, one can opt for catering and audiovisual tools. Sustainability and recycling are central themes at Hollands Nieuwe. We have been asked to come up with a design for this zone and a number of office buildings. We based our design on 3 pointers:

A healthy and sustainable workplace. The existing interior has been recycled as a resource bank for the new interior. The materials that have been used, including the interior finish, are environmentally-friendly. Several Well Standard principles have been applied in this design.

Local flavour meets Amsterdam. We have created a tough image that perfectly fits the rough world of the fabrication- and shipbuilding industry that Amsterdam Noord is so inseparable with. A large number of diverse workplaces correspond with the flexible way of working in today’s world. Employees can choose to work on their own, arrange meetings formal and informal, or focus on group work for a longer period of time; the large scale of possible workplaces has realized this vision. The realized workplaces have been properly insulated. The spaces have pleasant acoustics as well as a comfortable climate; this counts for both individual and group workplaces.

The excellent process through the use of VR. All design phases have been supported by the use of VR. Virtual Reality enables us to discuss the wishes of the client in great detail, which in turn helps us to come up with the best possible design.

The Result.cThe first floor houses an inviting meeting place. Employees can meet each other and visitors in this space, for perhaps an informal meeting or a conference in one of the bigger rooms. The visitors can use these facilities after they have informed the reception. We have chosen bright color schemes for each part of the building, which in essence are neutral and help visitors to easily navigate the building. The possibility of separation between workplaces make them freely divisible and can be used flexibly as well. The staircase has been designed in such a manner that it invites the visitor to be active, and leads to the upper parts of the building. One floor discerns itself by the robust, centrally-placed block in which several conference rooms have been incorporated. Several workplaces have been situated around this block as well. Inspired by nature, we’ve interwoven plant motifs throughout the entire design. The walls have been re-used, the pillars have been covered with a new layer of foil to make them look as new. 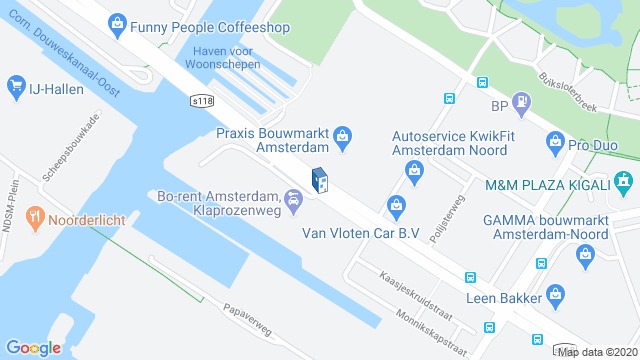 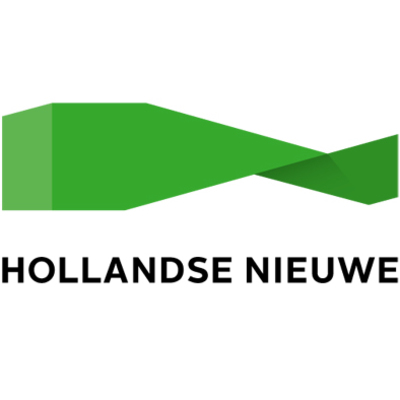