The National Library of Kosovo is as iconic as it is controversial. Designed by Croatian architect Andrija Mutnjaković in 1982, the library comprises large concrete blocks, each topped with 99 white domes of varying sizes. Wrapped in a metal latticed exterior, this architectural gem also contains a story of contesting national narratives. While some say that Mutnjaković channelled Byzantine and Islamic architectural forms for the library, more famously, the building drew ire from Serbian officials, who said that the white domes are reminiscent of the plisi, the national Albanian hat.

Shortly after its inauguration in 1986, the National Library of Kosovo saw its purpose change during the turbulent years of the Balkan War. At the start of the conflict, it housed Croatian and Bosnian refugees, and it was later occupied by the Serbian Army, who used it as living quarters and command centre, a period during which many historical books were destroyed. Today, the library is open to locals and visitors, and it treasures a collection of more than 2 million items.

With a monolithic concrete column shooting out from the centre of the building, Ukraine’s National Library certainly is a delight for brutalist architecture aficionados. Inaugurated in 1989, the windowless structure of the library is the work of architects V. Gopkalo and V. Grechina, who wanted to ensure that the building’s design mirrored the grandeur of its collection. Across its 72 floors, the library treasures more than 15 million items, including the Orsha Gospel, a 13th-century book that’s one of the oldest to use Cyrillic script.

Beyond its striking facade, the most impressive feature of the Vernadsky Library is its typically modernist interior decor. From the main hall, a spiralling staircase adorned with marble busts takes visitors to the main reading room, where light shines down from dozens of large, circular lights uniformly spread across the ceiling.

Designed by leading Estonian architect Raine Karp, the National Library of Estonia in Tallinn was constructed between 1985 and 1993. Rather resembling a mausoleum or a bunker, the colossal structure of the library appears unbreachable. However, the sober eight-storey brick building artfully conceals very ornate interiors, housing 20 beautifully-lit reading rooms, multiple exhibition areas, and a theatre hall.

The library has grown since its inception in 1918, when, following independence from the Russian Empire, the provisional government decided to establish the State Library with 2,000 original titles in two small rooms of the Toompea Castle, the parliament building. Today, the library has over 5 million items and hosts a variety of cultural events throughout the year.

In 1989, Belarus held a USSR-wide contest to find the best design for the National Library’s new building. The winning project: a rhombicuboctahedron. That is to say, a semi-floating geometric shape with eight triangular faces and 18 square faces. Designed by architects Viktor Kramarenko and Mikhail Vinogradov, this glowing orb stands at 22 storeys high, and it is encased in blue-tinted glass. Appropriately nicknamed “the diamond”, this outlandish building has been turning heads since its delayed construction in 2006. Featuring a skydeck with panoramic views over Minsk, the library has become a tourist attraction in its own right — especially at night, when the semi-floating structure is illuminated, acquiring a mystical, otherworldly aura.

The tale of this Scandinavian functionalist icon is one of political warfare. Designed in 1935 by internationally acclaimed Finnish architect Alvar Aalto, the library was built in what then was the Finnish town of Viipuri — present-day Russian Vyborg. The town was the object of dispute between Finland and the Soviet Union in the 1930s and 40s, before finally falling into Soviet hands in 1944. For decades, the library fell into oblivion, and there were rumours that it had actually been demolished. Following years of campaigning from Aalto’s wife, Elissa Aalto, restoration of the library finally got underway in 2010 with joint funding from the Finnish and Russian governments.

Now meticulously renovated, the functionalist exterior of the building hides a deceptively complex interior. The building consists of two rectangular blocks that are horizontally offset, and Aalto’s trademark interior designs — including the dozens of circular skylights that illuminate the reading room and the curved wooden ceiling of the lecture hall — capture the experientialist essence of the Finnish architect. Today, the library stands not only as an icon of Scandinavian modernist architecture, but also as a success story of territorial tensions buried for the preservation of shared cultural heritage. 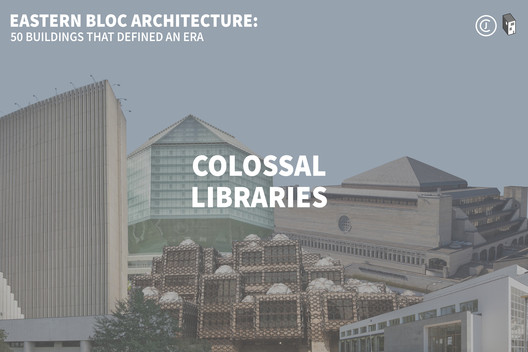