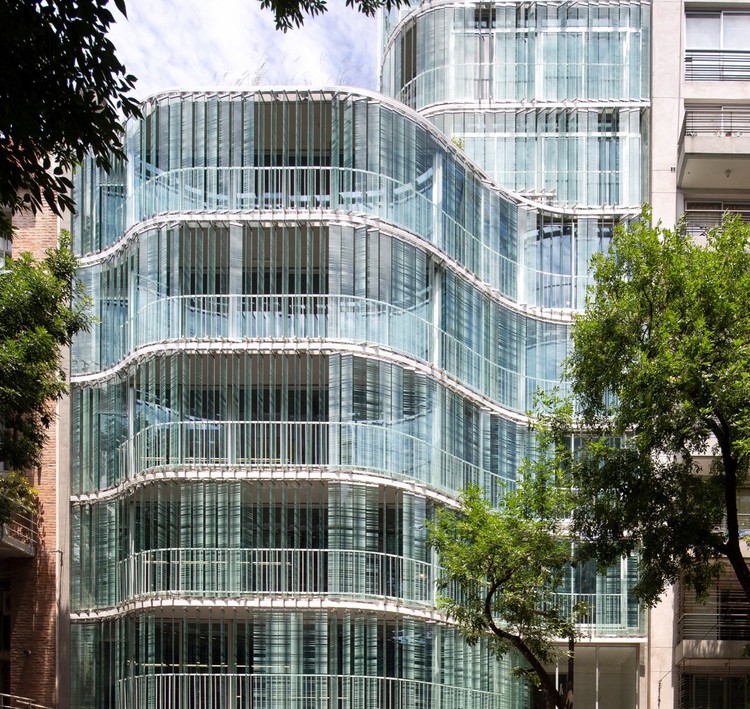 Text description provided by the architects. Harmonizing the urban fabric. This office building, situated in Buenos Aires in the heart of the rapidly-changing Palermo district, allowed us to imagine new ways of working in the special climate in this temperate region of South America. The city's urban structure, inherited from the era of Spanish colonization, represents an immense orthogonal fabric that has run riot from the center of Buenos Aires to the outskirts. This grid is made up of regular blocks, each consisting of 8.66 m-wide plots.

The district of Palermo was a suburb described magnificently in the work of Borges. The neighborhood, which was long overlooked while Buenos Aires expanded and took off, has become the theatre of a major urban renewal over the last ten or so years. The heterogeneous development is the end result of an interplay between good times and profound economic crises, all accompanied by changes in urban regulations. The three-dimensional fabric of the built environment is results from blocks that combine chorizo* houses, workshops, old industrial buildings and high-rise apartments from the 1960s.

The owners of the Summers project handed Architecturestudio a vacant site in the middle of a block of this type alongside Rue Soler. The site consisted of two adjoining plots with a total width of 16.32 m, with buildings of different heights running alongside, one of which exceeded the maximum limit allowed by the regulations.

A volume sculpted by the constraints of the site. The project evolved out of a contextual study reconciling the morphology of the block, urban regulations, and the building mass's exposure to solar gain. A new urban regulation gave us the opportunity to start a dialogue with the city authorities. The aim of the discussion process was to remove the blind gables and replace them with new façades. As a result, the dimensions of the building in one of the two plots was authorized to exceed the maximum regulatory height so that it matched the height of the tallest adjoining building. This alignment and the continuity of the façades ensured that there was a harmonious urban integration. The desire for there to be continuity between the different planes of the façades prompted us to link the different volumes, adjoining buildings, balconies and terraces with an envelope defined by a precise set of straight lines and tangentially-connected curves.

The casa chorizo is a prototype of a house built from the late 19th to the early 20th century at the time of the great migration waves arriving in Buenos Aires. It was based on layout of a half Roman domus extending linearly across a plot. The building is the result of a reconciliation between the morphology of the block, the urban transformation and the exposure of the building mass to solar gain. The envelope became a double skin made of pivoting, screen-printed, glass panels. These regulate the solar gain and extend the office spaces outwards, thereby providing a new bioclimatic space.

A tertiary building with the best comfort conditions for everyone. Following an exhaustive sunlight analysis, the envelope became a double skin consisting of pivoting, screen-printed glass panels 30 cm wide. These regulate the heat input from solar radiation and extend the tertiary floor to the outside while generating a bioclimatic space.

In the temperate climate of Buenos Aires, and in the age of the digital revolution, we imagined a place where every occupant can find the best comfort conditions for working, with a range of possibilities: Work in your office in the traditional manner, isolated from the outside, Open the bay windows fully and – protected by the glass panels – feel as though you are outside while enjoying the comfort of the interior, Arrange a more informal work space on the balcony between the two skins, which is naturally ventilated and protected from disturbance. A periscope acting as an attractive spinal column

To showcase the link between the different levels of the building, and to create a synergy between the work teams, the nucleus of the vertical circulations – positioned at the epicenter of the building – was designed in the form of a periscope. Thanks to a skylight in the roof and a large urban window, this periscope benefits from zenithal lighting. In addition, it transforms into an architectural promenade. Since it is entirely wrapped in glass blocks, it is lit by natural light, is pleasant to walk through, and is conducive to interactions, exchanges and encounters. Glass tiles also provide natural light in the areas of the office spaces furthest from the openings.

Form follows energy, Parametric design. In our parametric reflection laboratory, we were careful to cross-reference environmental data with the parameters of the project in order to design and optimize our work. The curved façades are derived from a mapping of the solar gain received by each glass panel. Five screen prints designed using force fields reproduce reflections and transparencies. A generative process with a regular pattern introduced a random sequence that subtly enlivens the façade.

At street level, on Rue Soler, the periscope outlines the main entrance of the underground car park. On one side extends the lobby, and on the other is a free space to be fitted out in line with the wishes of the future lessee, serving as (for example) a showroom with twin access points onto Rue Soler and from inside the building.

The footprint of the double plot can be seen in the drawing of the building plan. The articulation between two volumes (one of which is six storeys high, the other nine) of different depths, together with the balconies extending over the city and the large windows over the middle of the block, helps to maximize the façades of this space that is otherwise narrow. Architecturestudio's parametric reflection laboratory was able to express the environmental variables with formal aspects. The curved façades are derived from a mapping of the solar gain received by each of the glass panels, with five screen prints producing 10 different panels. In a regular pattern, the slats alternate in random order, which subtly enlivens the urban façade. Opening the glass panels – which are organized in groups of four – controls the solar gain both for the interior of the building and for the semi-exterior space in-between. The movement of the panels, the varying degrees of transparency, and the rays of the sun create a living façade. It constantly changes with the seasons and the day. This double skin filters 74% of the solar gain, greatly reducing the building's energy consumption. 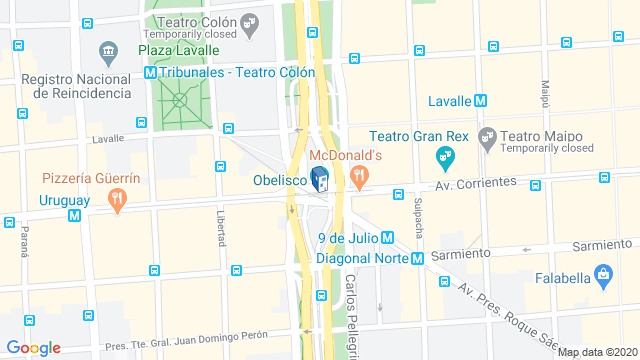 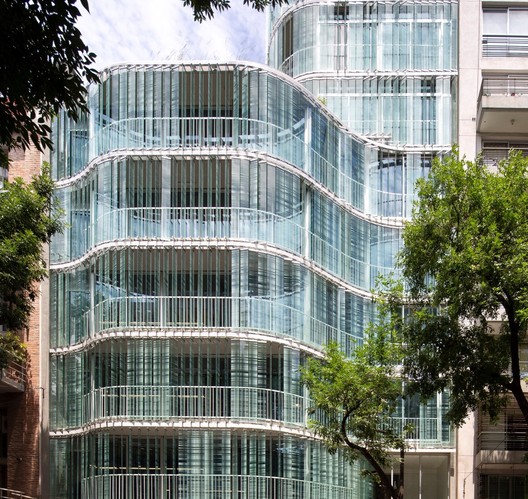