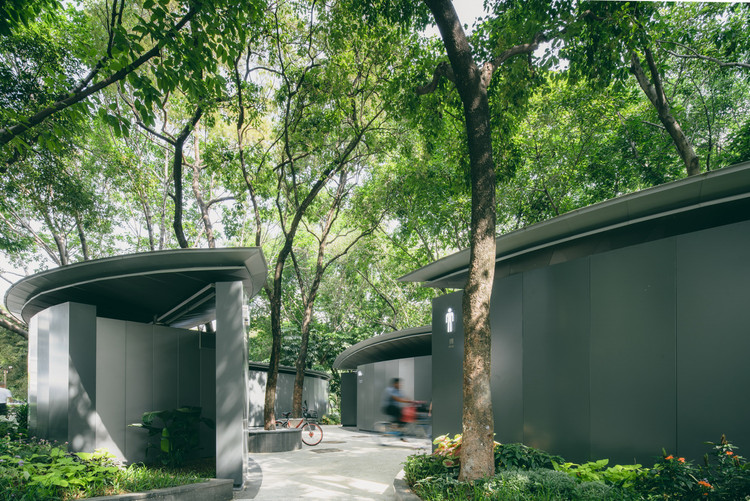 Text description provided by the architects. The project is located in a wood in the southwest of the intersection of Shennan Avenue and Nanshan Avenue, in Shenzhen. The height of the crown is more than fifteen meters, and the height of the main branch is more than three meters, the branches and leaves are luxuriant in summer , the shadow of trees covers the ground, forming a rare shade in downtown areas.

The new public toilet requires 8 toilet seats for women, 7 toilet seats for men, an accessible toilets, a baby care room and a management room. If all these functions are contained in a single building, the land area will cover more than 80 square meters, and some trees will be cut off.  However, the woods was originally the owner of the place. They have set up a series of protective umbrellas for the site, so that we didn't have the heart to cut down any tree.

After determined to retain all the trees in the site, the design goal is to focus on how to avoid the main root system of all the trees in the structural foundation. According to the building function, we split the form into four similar small leaves units. The tip of the leaves is the entrance, and the wider abdomen forms the toilet  space.

The height of the building is limited to less than 3.2 meters according to the location of the branch of the trunk. Four lower and small units are carefully located beyond the root range—— It's just the natural rules format these "four leaves"  architectural settlement, and the relationship between them seems random but actually affirmatory. As a result , The small courtyard which happened to be enclosed, was right to arrange the entrance  of each leaf unit.,and the path through the woods before was still preserved.

Each unit is only equipped with two columns, which are arranged on the central axis of the interior to ensure that the column foundation keep away from the root; in this way, the size of the foundation ring beam which plays a stabilizing role can be reduced,so that the scope of foundation pit excavation can be further reduced to protect the root system.

In order to be more suitable for overhanging  and reduce the size of components, the steel structure is selected for the roof. The roof is a titanium zinc standing seam system, and the ceiling is a dry- hanging aluminum single veneer system. Through the design of double-layer cornice,it become an integrated roof, which is completely separated from the enclosure structure of metal curtain wall. This is a "floating" roof. The external wall is only responsible for its own load. The released structural space covered by the dense dark gray metal veneer curtain wall accommodates the equipment pipelines. These four small units back from the footpath and live under the canopy of the forest. The four leafs,low and gentle slope roof redefines the space under the woods, which we call them" leaf garden". 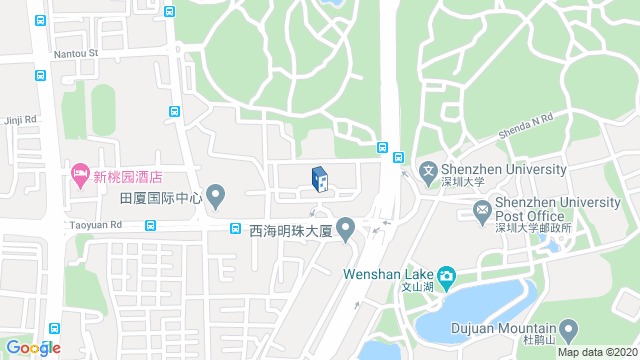 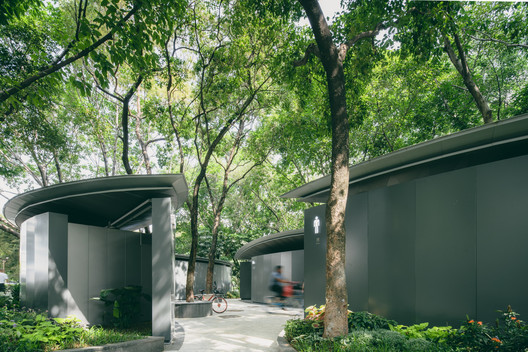