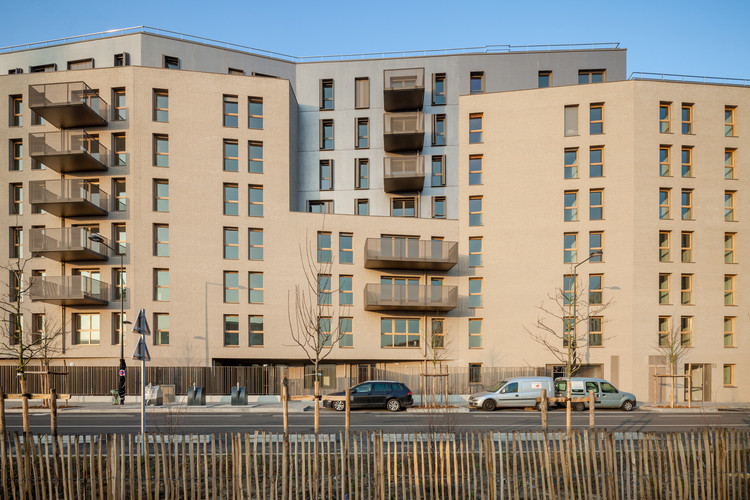 Text description provided by the architects. In the new quarter of the Montjoie urban development zone in Saint-Denis, the different lots are intended to function as semi-autonomous perimeter blocks. Once all the parcels are completed, the blocks will form a new fragment of a coherent city. Our project proposes to work on the block/building and the stakes of unity and density that go along with it.

Designed as a dense and compact ensemble, the buildings spiral around to construct the streets that line the site. The architectural project is a mirror construction of the urban project. The paths that cross the parcel from one side to the next connect the project’s spaces to the general urban weave. The block’s internal network both breaks its monumentality, creates visual openings, and feeds the different programs.

The elements of the program are fitted together. Beyond simple superpositions, genuine topography, and sculpturing of the ground create original collective spaces. Usages are permeable and amply thought out. New uses bud from elsewhere, both within and outside the block.

In an era of post-financial crisis, it appears sobriety is an exemplary conceptual tool that architects must henceforth work with. Here it is found in the materiality of the project: from the public space, the Montjoie project appears as a compact brick mass whose green center is only glimpsed through a few openings. Inside, the plaster and wood façades incorporate a more domestic dimension, emphasized by the generous central garden. 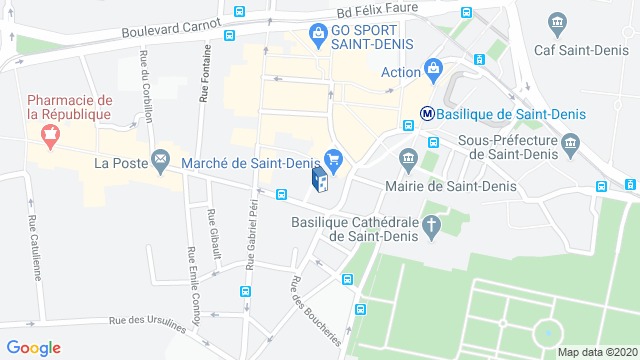 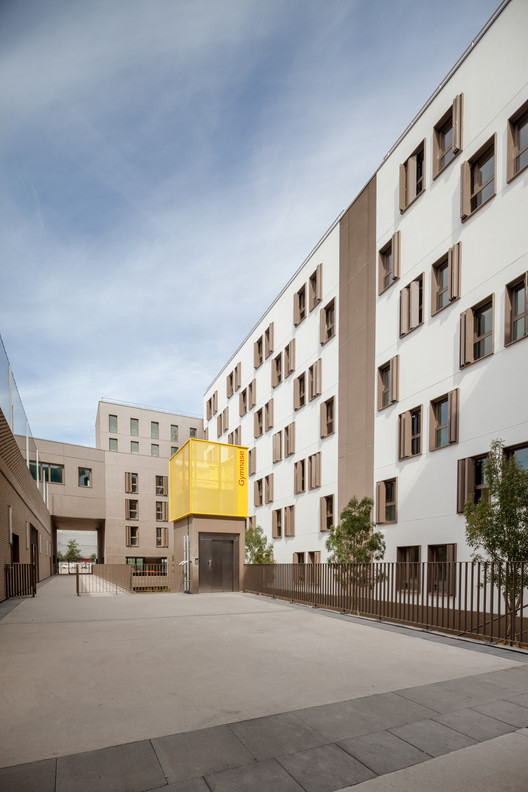 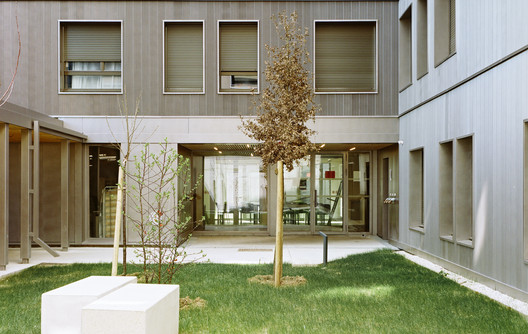