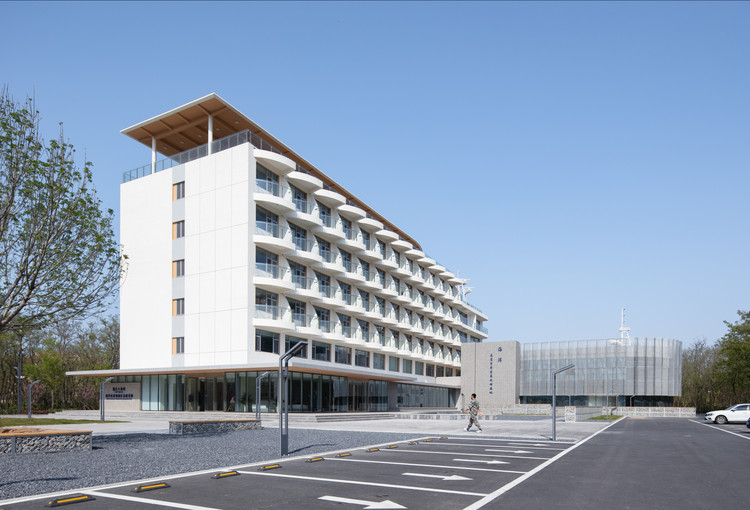 Project background: Urban renewal under industrial change
This project is located in the Yantai Development Zone on the Bohai Bay. At the initial stage, it was only a deserted beach by the sea. Since the establishment of the zone in the early 1990s, the development zone has undergone several rounds of industrial renewal and has become one of the leading areas of economic development in Shandong Province. The deserted beach has also become a mature community with urban parks and public beaches. The project itself has gone from the training building to the guest house, and has once again been upgraded to the headquarters of the scientific research office. Its overall appearance has shown new vitality as the urban industry.

In 2019, in response to China's development of a new marine industry, Yantai City plans to create the country's first national level featuring the blue seed industry, the marine science and technology as the engine, and the modern marine economy as the leading national level in the octagonal bay area. As the first project of this planning, Yantai Marine Economic Innovation Headquarters Base selects the core area of ​​the development zone, and uses the means of urban renewal to transform hotels into an window for the development zone to demonstrate its economic and technological development strength.

Positioning goal: to achieve development of both economic and social values
When promoting the transformation of the headquarters base of the Yantai Bajiaowan Marine Economic Innovation Zone, the development zone is also starting a new round of renewal planning. Among them, the construction of open spaces friendly to the community is the key aim of urban renewal in Yantai Development Zone. In June 2019, the SHUISHI Team was invited to visit the site and put forward the positioning goal of "realizing the common development of economic and social values" to make a new demonstration for the industrial development and community environment improvement of the coastal city.

Building a community-friendly place
The design issues faced now are different from 13 years ago: the surrounding residential areas have matured, Haiphong Forest is a city park that residents are keen on, and the new coastal parks and beaches will usher in hundreds and of thousands visitors every year. How to better integrate new industrial R&D and office with the vitality of the surrounding community to achieve the upgrading of the industry, and further promote the development of urban public space are the first considerations for the renovation design.

The main building is located in a protective forest on the seaside of the development zone, surrounded by dense forest on three sides, and only one side connects to the city road. Although the environmental conditions are superior, it is surrounded by fences and is isolated from the surrounding communities. When we first visited the base, we decided to connect the resources of this site with the surrounding parks and communities.

Integrated regeneration to create a living room in the park
We regard the renovated headquarters base as an open office park, a communication place that not only serves as office R&D, but also increases the connection between enterprises and surrounding communities. To this end, we see the ground floor of the entire building as the exhibition hall and living room in the Haiphong Forest, which is open to everyone. It shows the latest research results of the development zone, and provides a place for people to talk in beautiful scenery. SHUISHI has concentrated on the advantages of professional teams such as architecture, landscape, interior, electromechanical, and guidance, and has proposed an integrated update plan from the perspective of the full-cycle design of the project.

Design techniques: transformation and innovation under strict cost control
The project has received great attention from the government and the owners. However, as an industrial start-up project, the strict control of the budget also becomes an issue for the renovation. To synthesizing various aspects of transformation experience, the strategy proposed by  SHUISHI is to seize the key points, moderately transform, and show the greatest value of the original site.

Optimize the path and perspective
The entrance of the original site directly faces the parking lot, and the transformation readjusts the entrance path of the site to align the sight of the main entrance with the landscape courtyard under the main building, which cleverly enhances the first impression of the whole project.

Adaptive transformation of the image
The original facade of the building is unremarkable, but the renovation budget is less than 500 yuan per square meter, making it difficult to support the adjustment based on the shape of the big movement. Therefore, based on the functional positioning of the project, we upgraded the first floor of the main building, which was combined with the transparent facade and the warm color eaves to form an indoor and outdoor interactive base. In terms of the facade above the second floor, the design adopts different texture paints and the adjustment of local details to break the original rigid form. For the facade of the building, the design adopts the method of the external folding wire drawing net, which increases the light and shadow changes of the facade. Without changing the original facade, the original facade was successfully changed.

Demonstration of environmental sustainability
From the perspective of sustainable development, the project fully implemented advanced ecological design concepts such as recycling. In the renovation of the main building, the original electromechanical system was completely retained and reused, which greatly saved the investment of the project. The design fully considers the control of the amount of demolition and waste recycling, using partially demolished concrete as the main material of the landscape and the gabion walls as an open demonstration of material recycling. At the same time, the design of the front courtyard of the main building uses the gravel ponds. When reducing the ground base excavation, it also solved that the problems of rainwater discharge and uneven ground.

The special logo design
In urban regeneration projects, ingenious logo design can enhance the cultural attributes and achieve a visual effect. The graphic expression room designed by SHUISHI is combined with the characteristics of this project. The LOGO was designed for the headquarters base, which gave the project a higher degree of recognition. The graphic design of the logo adopts a circle, symbolizing the good ecological cycle of the ocean, and at the same time extracting the abstract forms of aquatic organisms and waves to form an infinity symbol, heralding the infinite future development prospects of the marine industry. 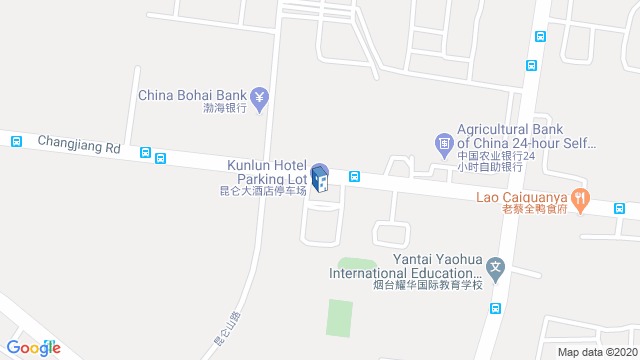 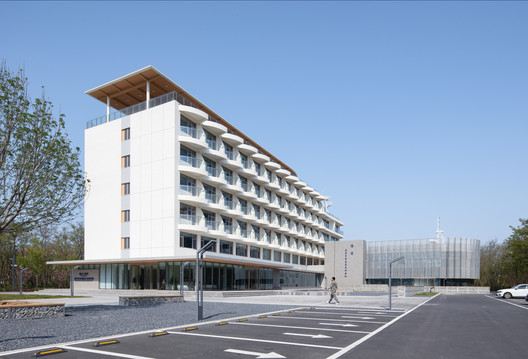