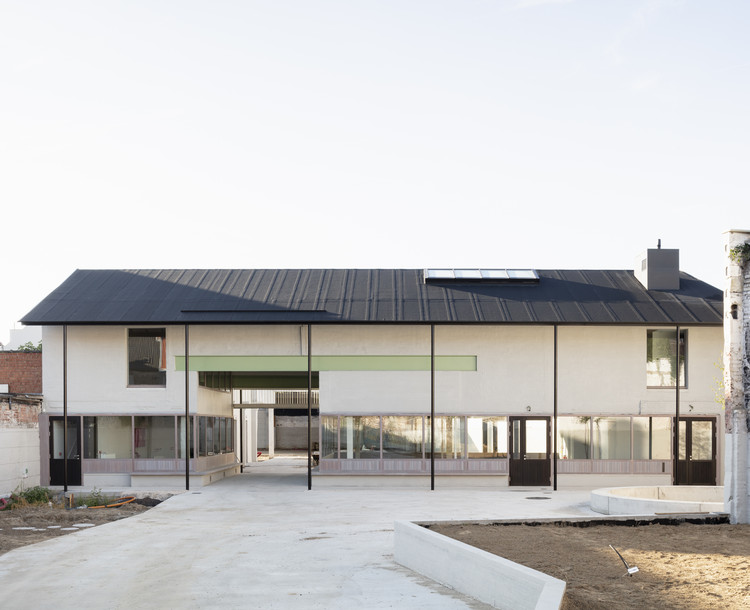 Text description provided by the architects. The site of the former do-it-yourself shop 'Standaert' is linked to 2 streets of the dense centre of Ledeberg. Apart from this link, the site reaches deep into the inner area, surrounded by garden walls and outbuildings. By removing a part of the site’s surroundings, an opening is made in the city, and suddenly a perspective appears.

The main intention of the designers was to keep the size of the park as large as possible and to also have an impact on both streets of this dense urban fabric. The built space was limited and used rationally.

It is too young to be listed as a monument but, partly due to the fine metal trusses and heavy wooden beams, it is already a 'young' industrial heritage. Because of its long years of service as a shop, it has become part of the city's memory for the residents of Ghent. In fact, ‘Standaert’ was the oldest do-it-yourself store in Belgium.

The design proposal retains and restores the warehouse in the centre, as it is the most beautiful existing structure on the site. It will be a large, slender building standing perpendicular to the axis of the site. This former warehouse becomes the beating heart of the site with 4 ateliers / polyvalent spaces where many community activities will take place. A large passage, open to the ridge, connects both sides of the park.

From the warehouse, visitors will have an overview of a large part of the park. The architecture explores the possibilities of the boundary between inside and outside. Benches against the façade’s timberwork provide space to meet under the spacious roof crossing. The transparent base enhances the view. Among other things, it accommodates 'the inn', the little café kept open by the neighbourhood. The studios on the upper floor have a more introverted character.

In addition, a large, bright canopy in the corner of the site accommodates activities that have less need of heating, such as neighbourhood parties, concerts, markets, etc. The canopy forms the background of the park when entering from the Bertolfstraat. The deaf centre, which lies behind the common wall, has its own entrance to the park in the corner. This creates a whole new dynamic between the deaf centre and the neighbourhood.

The canopy stretches between the common walls of the site, columnless so that the park runs freely underneath. The canopy is made up of the recovered laminated rafters from the demolished sheds. The design team came up with the same principle for the re-use of the existing concrete pavement by making drainage holes where necessary, but this idea was not considered eligible by the city. The park extends to the streets, brings the greenery to the edge of the pavement, briefly breaks through the rows of facades. The entrances are kept clear and the blind facades are finished. Works of art by Marc Nagtzaam adorn the blind facades like steel line drawings against which climbing plants can grow. 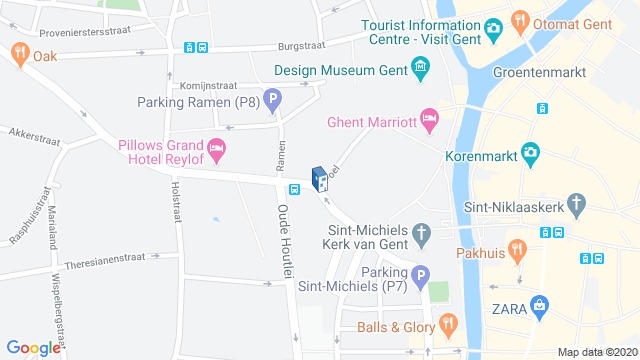 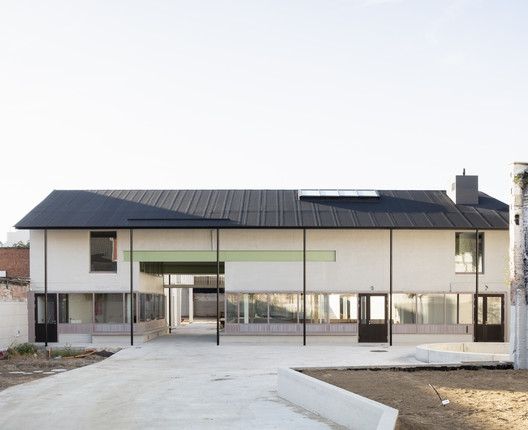