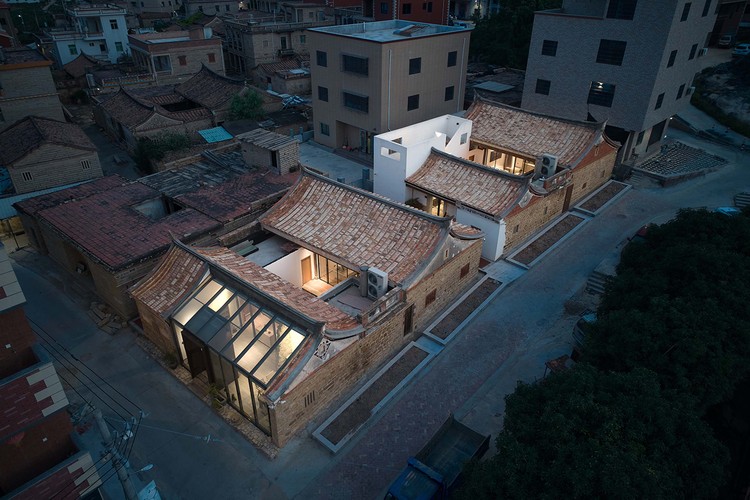 Start: This project is located in the Huolongguo (pitaya) Village of the Xiang’an District in Xiamen, and is made up of 3 ancestral houses of different times and 2 new buildings. Both exterior and interior renovations are needed for the ancestral houses, which were built at different times during the period from the 30’s to the 70’s of the last century, and the new buildings need interior design.

Origin: The work should focus on the reproduction of childhood memories, and elements include: grandma’s expectation under the eaves, thunderstorm in spring, fireflies in summer, sunset in autumn, withering scenes in winter, loach catching in water pond, four fruit soup, zongzi wrapping, a stool waiting for a Gaojia drama or open-air movie during festivals, enjoying the cool in the starry night after supper, and listening to the old stories told by the elders.

Problems: Collapses have occurred at different positions of two of the ancestral houses, which, like most ancient buildings, were built with old strip stones and rammed earth and wooden structures. It’s interesting and leaves great room for design reflection that the collapses occurred at different parts. The most recent old building was built with strip stones of Minnan (Southern Fujian) tradition, and only fixation is needed.

Reflection: The designer grew up in Southern Fujian and is familiar with the local culture and beliefs. Repairing the old as old will make the building out of date as the contemporary lifestyles have changed, and it is advisable to treat different conditions with different measures: rebuild the collapsed parts with modern styles to form style collisions and reinforce and mediate the remaining parts. As for the relatively new ancestral house, site improvement and post lamp implantation should be done to achieve the desired results

Solution: The collapse position of Building No.1 is the first entrance hall and the wing room on the west side of the atrium. The corner stone on the west side of the external wall is irregular. It is designed to implant a small building with a line of white wall in the collapse place to visually collide with the old building and windows will be positioned according to geometric rules, and a staircase is added to the roof balcony to look up to the stars. The original building is treated with steel structure of inner sleeve box, and the dialogue between the new wall and the old wall is formed by ingenious treatment of composition and structure;

Building No.2 collapsed at the first entrance hall and the first half of the kitchen. The original wooden structure is about to collapse, and there is a gate that still stands. Two wing rooms in the middle were also collapsed, and a cow was raised in the middle. Considering that the building is just at the intersection of the active line in the village, a steel structure frame is designed in the entrance hall and the right wing room to support the original wooden structure, and large glass is used to show the outside to increase the permeability and improve the relationship with the neighborhood. The two wing rooms of atrium and patio are treated in the same simple and clear way like Building No. 1;

Building No. 3 is built with strip stones and large slates, and the internal steel structure is adopted in the design for partial treatment and repair to retain the original feeling. Due to the lack of lighting in the stone house, the built-in lighting treatment is adopted to achieve the feeling of home.

The interior design of the three ancient buildings takes the craft inherited in South Fujian area as the theme, and wood, stone and porcelain are implanted as themes for the tree buildings respectively to enhance the inheritance and combination of folk culture. 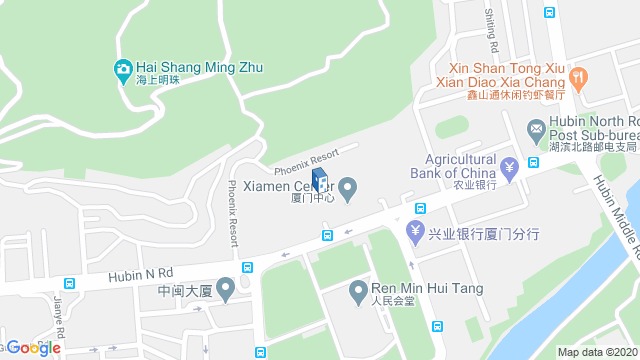 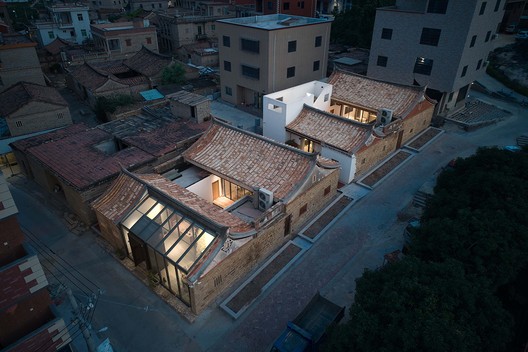