Save
Recovery of the Cal Xerta Mill / taller 9s arquitectes

Text description provided by the architects. To revive. The intervention in the Cal Xerta mill aims to avoid the definitive loss of an old paper mill that was in disuse and in an advanced state of ruin, with the intention of locating  a paper interpretation center in a future, an activity traditional linked to the valley of the Bitlles river. The first phases of the intervention allowed to consolidate the building, rehabilitate the facades and adapt the ground floor and the old workshops. The structural consolidation has allowed to the creation of a new vertical communications nucleus, non-existent until then,  allowing the communication between  floors to be communicated and make the future museum tour possible. The action is born from an approach of minimal actions in order to take full advantage of the qualities of pre-existence and maximize them from the point of view of safety, habitability and energy efficiency.

Outside, the different treatment of the facades explains the growth of the building throughout its history. The oldest part of the mill is lined with an ecological lime and cork-based coating, which allows the interior walls to be seen. In contrast, the most recent part of the building, from mid-20th century, is left bare on the outside to be isolated on the inside. A new unitary cover, which is expressed exempt, religates all times. The existing openings, with new carpentry, are combined with the new ones, which are adapted to the existing, result of the demolition of part of the complex.  In the workshop area, a new showcase recognizes a hole in the stone wall and allows the old machinery to be shown.

Inside the building, the duality that is expressed outside, is reinforced. The spaces of the most recent part are resolved with joist and vault ceilings that replace the old ones, damaged by aluminosis, while in the older part the wooden beam are respected. The new slabs that solve the need to get the floors at the same level are solved with concrete slab. The technical ceilings, the new elevator core, the stairs, the wooden service boxes ... hybridize with the historical spaces and the patina of time as overlapping objects that respect the traditional configuration of the building and dialogue from a new contemporary language with existing traces and wounds.

In the workshop area, interventions are more punctual and specific: a minimal railing, a new ramp to overcome an isolated step, new lighting and seek to guarantee the safety of the visit without damaging the expression of the memory of the place. The walls are consolidated as they are, without polishing or scratching, showing the passage of time and transformations throughout the history of the factory building. Machinery is respected as it was found, elements that are already an inseparable part of the very definition of architectural space. 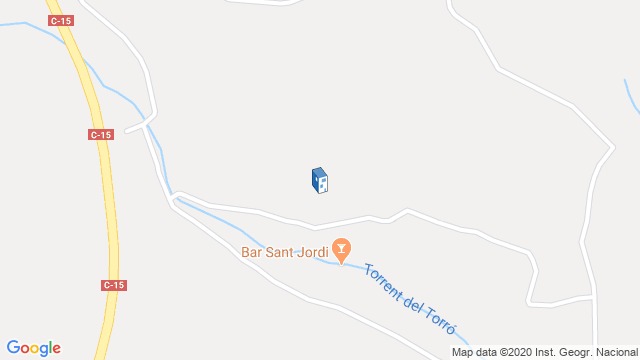