Save
Architecture and Landscape: Houses that Highlight the Territory of Arizona in the United States
Share
Or
Copy 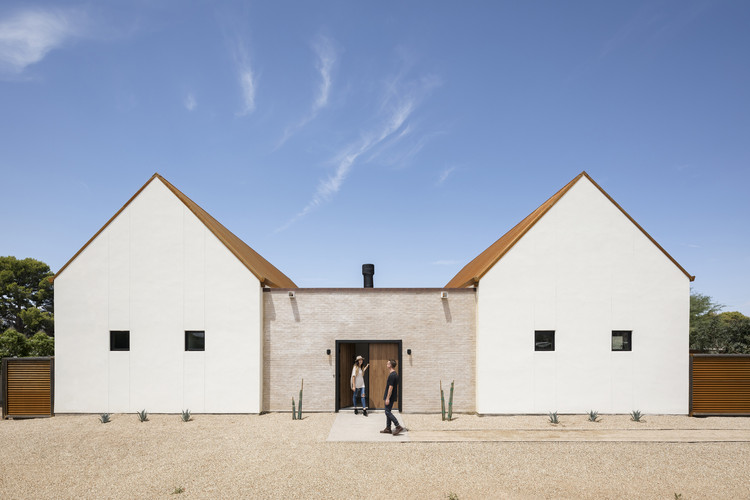 Arizona is located in the western region of the United States. It has geographical borders with Utah, Colorado, and New Mexico, in the United States, as well as with Sonora in Mexico. The state is also situated on the Sierra Madre Occidental and is home to a segment of the Colorado River, as well as the Grand Canyon. Part of Aridoamerica, Arizona's landscape is composed, in its majority, of Cactaceae and desert species.

As mentioned, the state has a long history enriched with different cultures such as Spanish, American, Mexican, among others, that made Arizona what it is today. This rich blend is reflected profoundly in its architecture, and in recent years different offices have had the task of building spaces to house citizens of the area, revealing an under construction hallmark with distinguished features. For this reason, ArchDaily has rounded up a compilation of 23 houses to help its readers grasp the true essence of Arizona and understand the complex territory.

Link / The Ranch Mine

Sol / The Ranch Mine

Canal House / The Ranch Mine

Red Rocks / The Ranch Mine

Weave / The Ranch Mine

Casa pliegues / The Ranch Mine