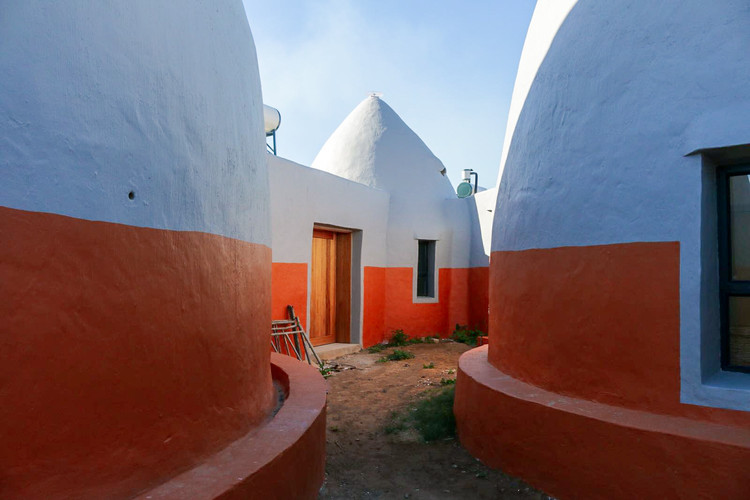 Text description provided by the architects. Since 2015, Intsikelelo, a non-profit organisation, have worked directly with the Langbos community in the rural Eastern Cape of South Africa. Langbos is an undeveloped “informal settlement” with no formal housing, running water, roads, or electricity. Their work in Langbos began with community meetings and a door-to-door census to listen and learn from the community. From this research, a number of projects have been designed and realized including the construction of the Langbos Children’s Centre in 2018— a project that trained and employed local community members to construct a sustainably-designed centre to provide support to vulnerable children and families in Langbos.

The building was designed to provide a multi-functional space for community-driven initiatives in Langbos. In constructing the Langbos Children’s Centre, we utilized a labour intensive, environmentally conscious, resource-efficient building method called Superadobe as a way to involve the local Langbos community and make the best use of our limited material resources on site. Superadobe is a simple building method that uses local soil mixed with a small amount of cement to build elegant and strong dome structures based on simple geometry and engineering principles. The use of Superadobe allowed us the opportunity integrate traditional earth architecture with contemporary design ideas to create an architecture which is intriguing, sculptural and functional.

The Langbos Children’s Centre also has an off-grid design, utilizing solar power for electricity and water heating, as well as a unique gutter around the base of the domes to harvest rainwater. Greywater from the centre is also directed into an adjacent community garden, which is managed by Langbos residents. The dense, monolithic Superadobe walls provide high thermal mass to aid in natural heating and cooling, keeping the domes warm in winter and cool in summer.

Using Superadobe allowed us to train, feed, and employ 30 Langbos residents for over 35,000 hours of paid work to complete the construction. The project was able to provide these basic necessities to the local community and focus on addressing the social problems in the area caused by poverty and unemployment symptomatic of seasonal work related to the citrus industry.

The project was successful on so many levels and most rewarding was seeing the interaction between 3 generations of a single family on site. The young school kids witnessing their siblings, parents and grandparents construct and complete a building, none of which had any construction background. The unique structure stands as a monument to the Langbos community’s achievement and the potential for creativity and collaboration to empower vulnerable communities. 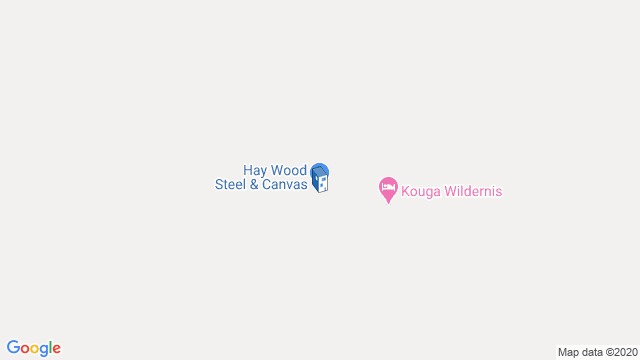 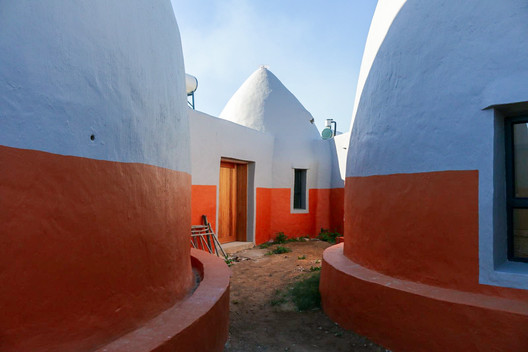