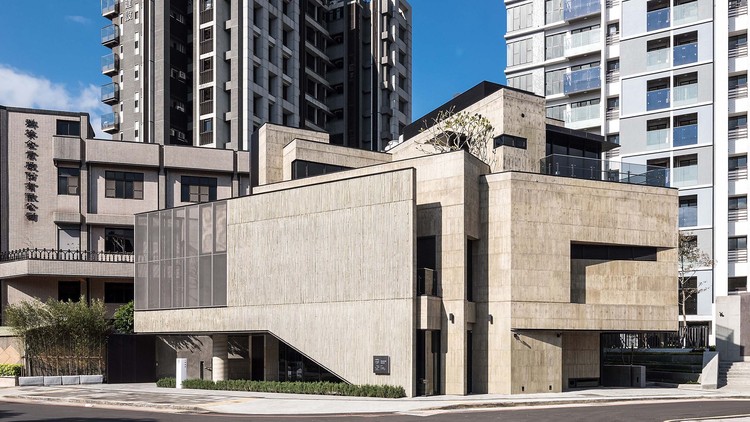 Text description provided by the architects. The building is located in a satellite city near Taipei. The site is at a corner along a city boulevard and is surrounded by the nearby apartment complex at the backside and the neighbor building at the left side. The shape of the site is an irregular polygon, and the overall building layout strategy applies the concept of “urban infill” theory. After fulfilling the building setbacks required by the local building code, the building plan was conformed to the existing terrain and shaped a polygon volume with diverse angles.

The client named the building as the “Sharing Space”, which is a three-floor building that advocated the idea of sharing its space as a cultural domain for the public to participate and experience. The functions of the building consist of a catering and recreation area on the ground floor, an artwork gallery on the first floor, and an exhibition area for life style on the second floor.

Due to the different circumstances of the building bordering its front and back, the former is the busy main street while the latter is a garden with abundant greenery; therefore, the design of the façade openings implemented the strategy of “solid front vs. void back”. In other words, by creating a clean and solid wall at the front side to maintain the continuity of the urban context as well as by rising the height of interior space at the backside to enhance the interaction with the rear garden. The large open frame of the rear façade implies the oriental landscape idea of “borrowed scenery”.

The visitors are induced to experience “the correlation of changing views with each move” by encircling, crossing, and interacting with the interior and exterior spaces alternatively. At first, one can enter the building from the low-profile entrance and view the rear greenery through the high-ceiling lounge space. After walking up to the first floor, one will enter the gallery with different heights with the courtyard in the middle. By looking upwards, one can have a vague glimpse of the water garden on the second floor. Via a sunny outdoor stairway, one can reach to the water courtyard then walk into another indoor exhibition room. During the entire walking process, one can fully experience multilayered spaces with various illumination, heights and scales in limited dimension.

The main construction material of the building is architectural concrete with wooden texture. Besides, the front facade utilized indigenous bamboo coming from the middle part of Taiwan as the construction templates. As a result, the particular concrete appearance with indented bamboo joint and undulated texture was achieved. This bamboo texture delicately intensifies the contrast of light and shadow on the front facade. The masculine architectural concrete and the delicate metal meshes on the top of the entrance were integrated together to weave a contrary yet harmonic poetic architecture.

Reducing the personal egoism and finding out the most appropriate approach and formation for a building in the complicated urban contexts are the main concerns in the design process of this project. The “Sharing Space”, by expressing construction sensation and façade composition via the essence of the natural materials as well as performing the rhythm of the space with natural light and shadow, is hopefully expected to become an influential building to environmental sustainability regarding not only the architecture itself but also the creation of living mobility, group value, and cultural style.

After observing local lifestyles, the client tries to establish the“ aesthetics of living”, “cultural heritage”, and “genius loci” as the core values for this building in order to initiate brand-new living charms and cultural vitality in this satellite city. 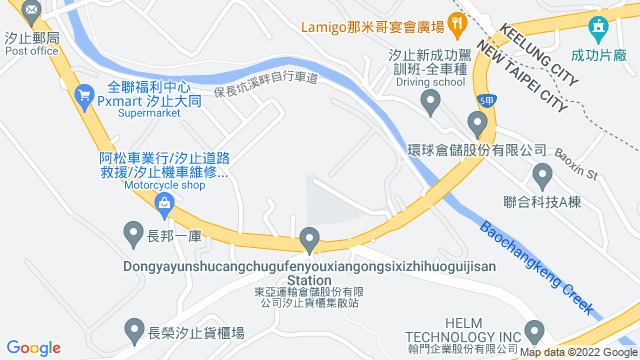 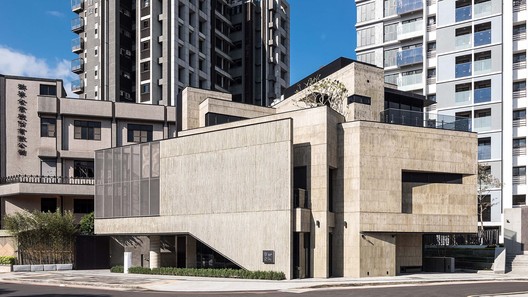