Save
Somos Hotel / A5 Arquitectura 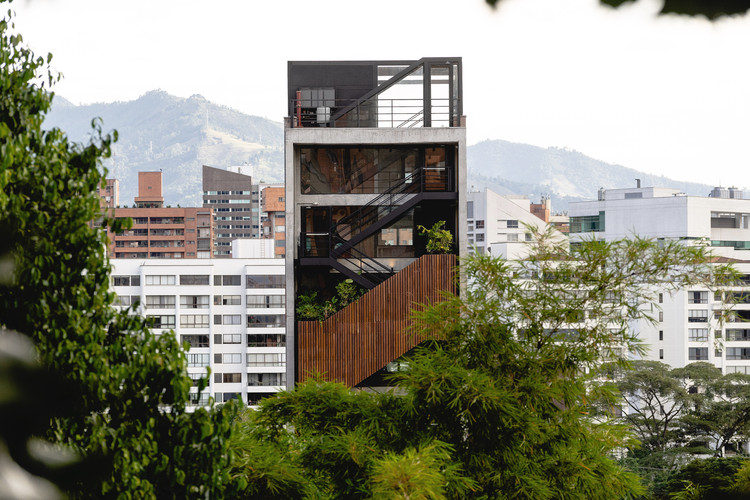 Text description provided by the architects. In a 144 sqm lot, with 8 meters in the front, and located between two other buildings, this urban hotel was built, designed to withstand the high touristic demand in El Poblado, in Medellin. The commission required a space consistent with the new forms of tourism and hospitality, equipped with common areas that promote night life, and different sized rooms with varied layouts, from individual suites to hostel like shared rooms.

The SOMOS reinterprets a commonly utilized asset in vernacular housing, seen in the city’s varied neighborhoods. In these, the staircases are built in the exterior of the building, to help sort out the access to different properties, built ones on top of each other, in small lots. The implementation of this strategy in the project conduce to optimal space utilization, taking into account the lot’s small area. The stairs are then configured to be an open façade, which traverses the entire height of the building, and in turn defines its own image. At the same time, this allows to free the interior space commonly consumed by the stairs, doubling the hotel’s number of rooms and acting as a sound barrier from exterior noise. The stairs are not designed as an enclosed and decoupled space, but as a collective balcony which ascends over the street, which in turn offers the guests the possibility to walk the building and at the same time enjoy the spring Medellin weather. The flights of stairs are covered with natural wood and perforated steel sheets, in which way the volumetric facade of the building is defined by the geometry of the circulation system. Furthermore, tropical shrub species were planted in this facade, a vegetation which accompanies the movement of people. Inside, in the corridors, a sequence of gaps, interleaved every two floors, generates high ceilings. From them you can see the city through the diagonal lines of the building’s façade; a nearby landscape which overlays the neighborhood life with the vegetation.

Following the slope of the street, a semi-basement was built, accessed via an open stand directly from the pavement. This space was provided for a coffee, which both tends to the hotel guests and is open for public. A second instance of this business was located in the rooftop of the building, from which the city landscape can be seen. The hotel services were designed as places for the gathering of tourists and local inhabitants, these spaces were conceived to further vitalize urban lifestyle. The SOMOS introduces a commercial component to the city, and takes it both to the street and to the sky. The structural system of the building is defined from a principal concrete portico using the least necessary supports. Additionally, a series of steel beams help to support the staircase cantilever in front. Easily acquired materials such as bricks live together with an interior design in which the polychrome of veneer and painted walls differentiate each atmosphere. The apparent structure and exposed installations bestow and industrial aspect to the interior. The SOMOS aims to deliberately subvert spatial and programmatic relations of hotel architecture. It benefits from its medium format to give relevance to the circulation system and open them to the climate and environment, it signifies its services as spaces for social meeting and cultural exchange, as it serves a mixed public. The architectural program blends the commodity of a hotel with the sense of community of a hostel, in a building that reinterprets local vernacular architecture to optimize a small lot and incorporate itself with the city. 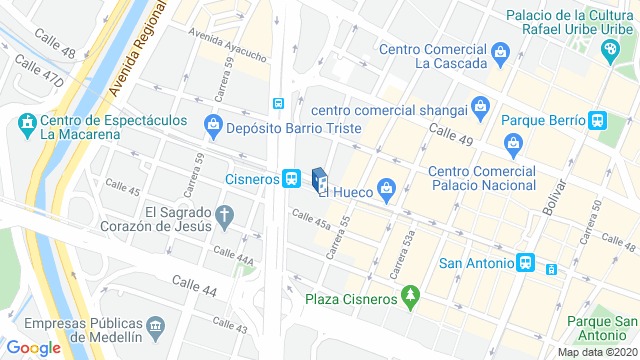 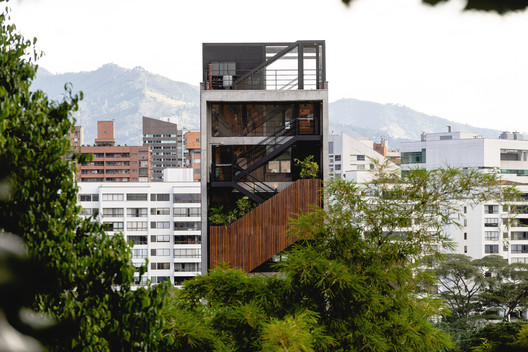