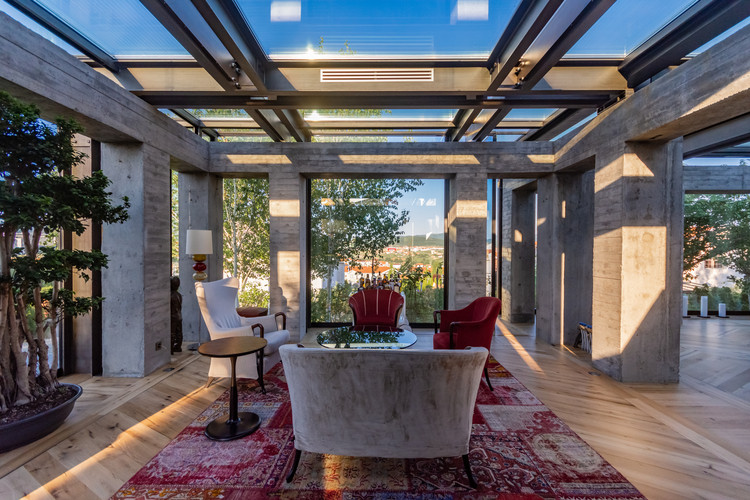 Text description provided by the architects. Awhile back I was asked by my friend to propose an intervention to the back of his house. There were a series of concrete structures standing tall and proud in semi-rectangular alignment. It was clear that the deterioration of the structures had begun, and the function they were intended to fulfill was secondary to the immediate needs of the main house to expand into this zone. Standing there, in front of these concrete pillars, the information they shared was understood, their history was understood. One could sense communication, an ongoing conversation amongst each other, and the house. Do we interrupt their dialogue, and end it there? They huddled in the garden as if shielding something sacred, each with their own story to tell.

Demolition of these underutilised structures would have been the answer in most cases, but time was needed to listen and shift into quiet, to move beyond the chaos of thought and to be present, sur-rounded by concrete pillars in order to understand that the soul of the house was there. The rest of the house looked like any other suburban house, it was a result of a copy-paste culture that reigned supreme for many years after Kosova’s war, a pursuit for an American-styled house in an international village. The interior was well dressed, my friend had chosen a tasteful palette of stones and woods, art, and furniture, but the space felt frustrated, pent up with an energy that had nowhere to go. Today, the pillars live on. Left abandoned, and awaiting their fate, the protectors of the story needed protecting. There were minor interventions, for example, the thick concrete walls of the existing house were dividing blocks that had to be removed and replaced with glass sliding doors in order for the outdoor natural energy to be welcomed inside. Space and energy were conserved and utilised to recharge its inhabitants and anyone else that is fortunate enough to experience this space. Architectural interventions impact us, either positively or negatively, they are never energy neutral.

How can we be sure that our interventions are energy giving and not energy take? The difference between what we see and what we feel often stands in stark contrast, when the two merge, the story unfolds… in this instance, the concrete pillars stand as architectural ruins, not as dysfunctional structures; they have a story to tell, they are the protectors and the enablers of the energy flow that had been locked out of the house, isolated and ignored. The answer to what we were looking for had been there, right before our eyes, hovering over our heads in the garden. Trust is key to a happy partnership. Thank you to my friend and his family for the belief that they placed in us during this transformative process. 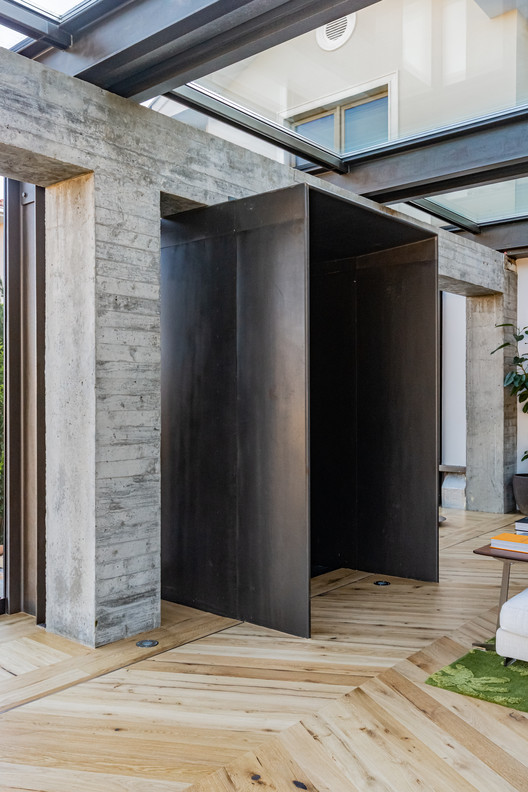 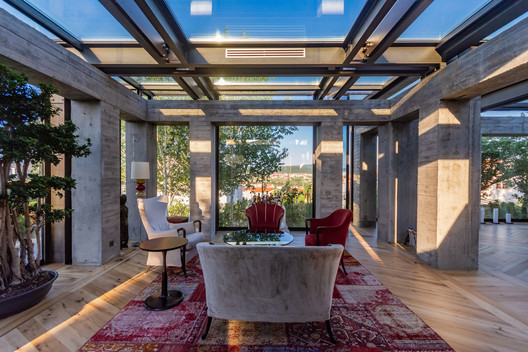