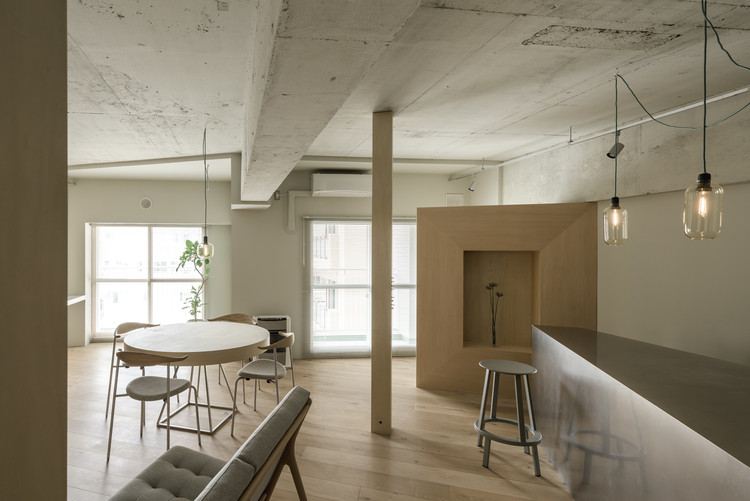 Text description provided by the architects. Single Apartment unit Renovation project. Rather than letting the surface treatment of the existing building setting the tempo of the design. 5 large furniture varying in both size and proportion were placed inside the living space. Large furniture units are aligned 25-degrees to the existing grid – hence creating a series of triangular spaces.

Diagonal segment of the triangle geometry not only introduces a new grid but the elongated dimension accommodates for much needed length for various uses such as storage and counter within a small space. In addition, creating a unique user-experience such as a an enclosed study-space which gradually widens as you move deeper into the space, and Child’s play-room which opens proudly for maximum visibility for parents. Long corridor painted White is positioned on the Eastern side of the living area to capture maximum daylight from the East-West opening and allowing wind to naturally ventilate throughout the space.

The large furniture units also serve mundane yet vital functions to mask various cables from living appliances.  Such furniture units become not only Book-shelves, Audio-Visual mill-work and Storage units, but also become hub for all switches, LAN and all other interface of needs.

Rather than stripping the building apart and exposing bare structure and services in exchange for legroom, this project seeks to address the existing while augmenting a new sense of richness. A departure from conventional “Structure-Finishes-Space” order and re-imagining the space as “Structure-Space-Finishes”. Inverting the vernacular and instead focusing on highlighting the multitude of moments for the new Living space. 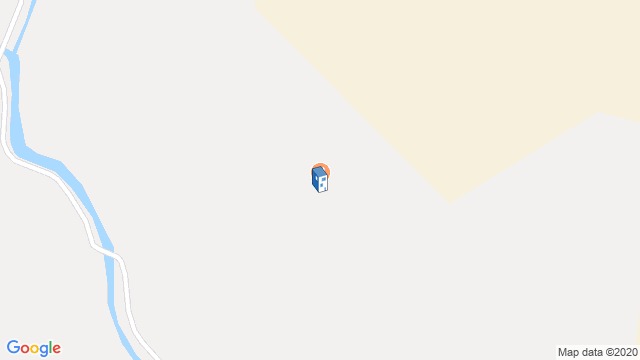 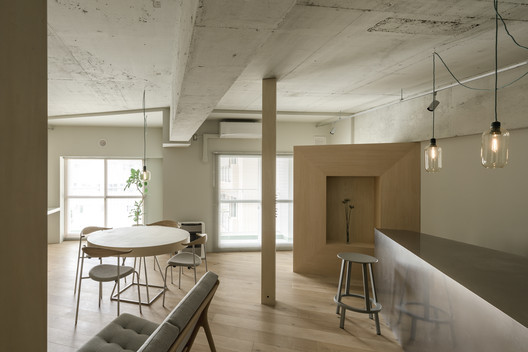