Save
“My Buildings Are Rides”: In Conversation with Antoine Predock
Share
Or
Copy 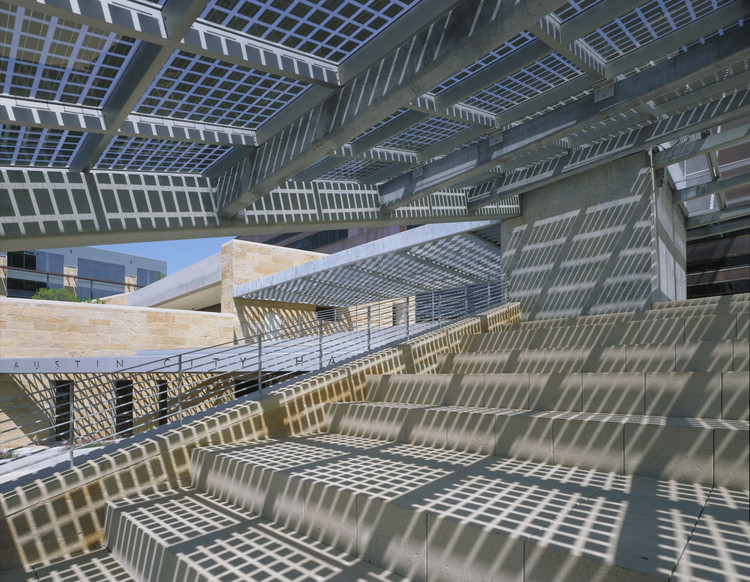 Predock won the 2006 AIA Gold Medal, and in 2007 he was awarded the Lifetime Achievement Award from the Cooper-Hewitt National Design Museum. In 2017, the architect gifted his former Albuquerque home to become the Antoine Predock Center for Design and Research, a design studio with workshop and archival display spaces to honor his great legacy. We spoke on FaceTime between New York and Los Angeles, the architect’s second home, discussing one of his favorite buildings, the Alhambra; design methods; living a life of a rider; and what makes his architecture unlike anyone else’s, yet different every time. The architect designed over 230 projects, more than 100 of which were built across the US, as well as in Canada, China, Taiwan, and Qatar. Predock occupies a unique place in American architecture – not being on either coast, working almost exclusively outside of urban centers. He developed his unique, instantly recognizable language, characterized by poetic bold forms, evoking ancient ruins and seemingly emerging right out of local geology, effectively blurring distinctions between manmade and natural, turning his fractured buildings into seamless environments that he refers to as rides.

Vladimir Belogolovsky: There is an interesting duality about you. On the one hand, your architecture appears to be timeless and hard to pinpoint when it was built, but on the other – you are collecting the latest, top of the line motorcycles. How do these different notions coexist in you?

Antoine Predock: In New Mexico, where I live, I am constantly surrounded by powerful landscape, sometimes with exposed strata that describe eons of geologic time, as you would see in a highway roadcut – at the very top of that roadcut is a thin crust of traces of human occupation. The time that humans have been occupying the Earth is nothing – mere millimeters compared to the meter stick of geologic time. Architects can focus just on the present, the topical, as most do, but I think we should also examine the deeper time, not just what’s on the surface. I think that a timeless presence should haunt our search... as well as the ephemeral.

And riding is a part of me. I have been a rider since high school and when I ride, my experience becomes seamless. My buildings are like those rides; they reveal both topical and timeless. I want them to be experiential, like the Alhambra, one of my favorite buildings, where you realize that architecture is not about linear perspectival order; it is rather about episodic spatial events, like a movie storyboard or a pre-17th century Chinese scroll painting – both can be collage-like, exploring a time/space continuum. That’s what my work aspires to. I like it when I succeed in delivering an experiential journey, not simply a one-liner.

VB: You said, “In architecture, you constantly have to make stuff up.” Could you elaborate on this provocation and touch on the importance of imagination in architecture?

AP: Above all, architecture is an Art, dwelling in imagination. Obviously, it is also science. With every project, I want to have a poetic encounter with client and place. Any building must have a life of its own, independent of the program, but of course, accommodating the client’s needs. When architecture becomes simply program-driven, merely a functional diagram, it is soulless. My work is about responding to place on the deepest level of understanding and expressing it in the most powerful way. But chance and even whim are continuously lurking around the edges and I want to be ready to grab them, so I watch the side door rather than obsessively looking frontally, lineally. Since the making of a building is often Architorture in terms of the pragmatic flow toward realization, public process, constructing it, etc., the design experience must manifest the joy of invention and dream. And always the work is driven by the poetry of a specific place.

VB: It is somewhat striking to me because if you look at the local landscape and architecture in the Midwest, for the most part, there seems to be no connection between the two. So much of local architecture is quite banal, uninspiring, and entirely untouched by the natural beauty of the place. But your inspiration comes from the place itself.

AP: So, what’s your question?

VB: I am observing that the kind of work you do is quite rare. Architects seem to have difficulty with establishing a harmonious relationship with nature.

AP: Architecture is “landscape in drag.” Every place has its own clues, sometimes it is overwhelmingly landscape-driven, as is the case in New Mexico. So for me, architects should have a self-imposed mandate to research the part of the world and the culture that the project derives from – don’t be lazy… the globalized world encourages us to codify our expression out of habit – repeating it wherever we are in the world, rather than focusing on each place that we work at. Of course, deeply understanding a place may not prevent the result having more to do with some stylistic copybook BS.

VB: I gathered a few of your quotes from various interviews and lectures that you gave over the years. Could you tell me how you feel about them today?

VB: “There is a choreographic imperative in any great building.”

AP: [Shows his thumb up with a smile.]

VB: “A building should supersede its physicality.”

AP: In other words, a building should have an Aura.

VB: “A building is not what’s standing there, it is the process that went into making it alive.”

AP: I would substitute ride for the process – a building is not just what’s standing there, it is a ride that went into making it come alive.

VB: “My ‘regionalism’ is portable.”

AP: If anything, I am a cosmic modernist, not a regionalist. When I come to a new place I want to know – what is the wind direction? What are the climatic forces? When does the sunrise and set on the summer solstice? What are the geological underpinnings of my sites - in Xi’an, Doha, Winnipeg, or Yakutsk? I participated in a competition to design the World Mammoth Museum in Yakutsk, Siberia. I am interested in discovering the cultural memory of a place, like in the writings of Jorge Luis Borges, Federico Garcia Lorca, Albert Camus, or Isabel Allende. Architecture is not just about a personal style; it is not a theoretical game. Architecture is about deeply and authentically connecting to the essence. Each building should be a singular, unique event locked in time and place, and at the same time a launchpad into the future.

VB: I am trying to better understand the origins of your architecture. You said, “I think of my buildings as processional events, as choreographic events.”

AP: My first wife, Jennifer Masley, was a student at the Juilliard School and a dancer with the Metropolitan Opera Corps de Ballet in New York. So I was immersed in the world of dance while studying at Columbia. Later, she shifted to modern dance and she and I co-directed a dance company in New Mexico. I was lighting and scenic designer with some involvement in her choreographic strategies. At UNM we co-taught a workshop combining dance and architecture students – especially working on improvisation to develop strategies that avoided fixed choreographic ideas. And in my work, there is that imprint from the notion of free, episodic movement of the body through architectural space. That’s why I think of my buildings as processional or choreographic events – an open-ended accumulation of experiential vantage points.

I should also add that my wife, Constance DeJong and I have been together for almost thirty years and I have shared and learned from her sensibility of a sculptor – even leading to collaboratively supporting her on a major Gateway Entry piece for the University of Minnesota campus. [One of DeJong’s black mysterious pieces hangs on the wall behind the architect as we speak.] Her manipulation of light in her work and the austere authority of her pieces is a constant inspiration for me.

VB: You said, “The mission of any architect is to have his deepest inner content made visible through work. The role of an architect is to be true to his mission.” How would you sum up our conversation – what is your main mission in architecture?

AP: The role of an architect is to be true to his/her mission. My mission is to mess with people, in a good way. [Laughs.] No, not really – to surprise them, enrich their experience and maybe even to shock a bit. Still, keep in mind that you are trying to frame me as a regionalist architect, but I don’t see myself that way. I can build anywhere, as I have proved many times. I am no longer that kid who came to New Mexico almost 70 years ago. Of course, I treasure that initial immersion in the land and culture, and I still want to honor the power of this place. And for the past 25 years of a more than 50-year Ride, I had been accompanied and supported by an extraordinary team of “charette animals,” led by Paul Fehlau. 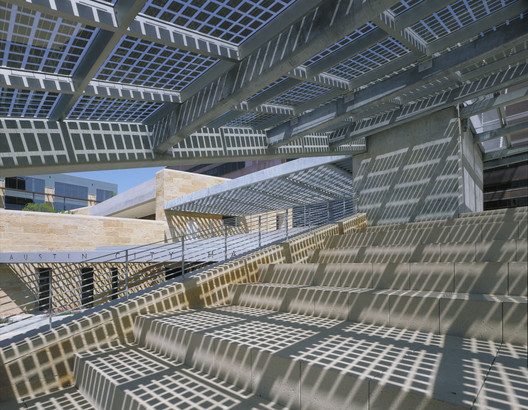