Save
ARK Showroom for GAB / Ark-Shelter 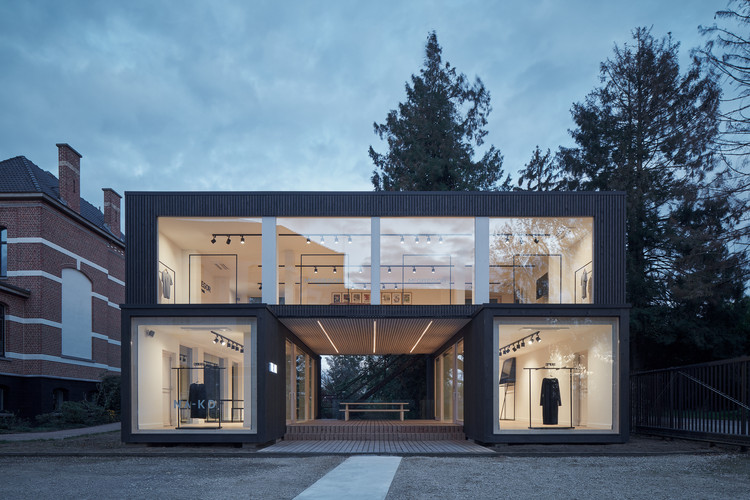 Text description provided by the architects. The company GAB contacted us because they were in need of a new showroom next to their other showrooms. GAB is the official distributor in Belgium and Luxembourg of Pepe Jeans, Scotch & Soda, Hackett London, Karl Lagerfeld, Façonnable, McGrego and so many more.

The need for this showroom was quite urgent so they decided to look for a modular concept which can be made as fast as possible. Brand image was also very important and they were immediately convinced that our Shelters would perfectly fit with their brands. For the showroom they were in need of a big open bright spaces with a lot of natural incoming light within a two storey building of 200 m2.

The location for us was very interesting because on one side we had an old small castle with a beautiful garden surrounded by a lake and in front a parking place. Having this space made us think of the best possible Shelter creation for them. We managed to create a design which connects with the garden and lake, a place where you feel like you are outside.

After some changes and an input from their side they decided to go on with it. The production plans were made in one week and the next day we already started with the skeletons. We prefabricated 5 custom design units, in only 2 months. Afterwards we transported them to Belgium, a couple days after they arrived in Belgium and they were installed in just a few hours with a crane.

The foundations were already prepared beforehand so the installation of the cabins went fluent. The first floor 2 cabins were installed in the early morning hours. The next 3 cabins were placed on the second floor in cross direction, without any external support. Due to the solid skeleton of the units we can make console with an overhang of 2m. We can easily create an open space up to 7-8m.

In the late afternoon we installed the terrace that has been prepared in panels and metal prefabricated staircase which came in one piece. With this kind of construction flexibility, we can work fast and this modular system gives us so many options to create great things.

Each brand has its own showroom and we were able to create a covered terrace space within the Shelter construction which is now very useful as a meeting point of all the brands. This project showed us that anything is possible and we were more than happy to be part of it. 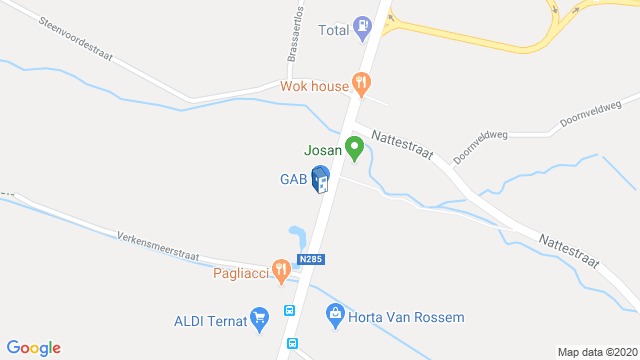