Two young designed practices, Gruppa and Anagram A-U, have designed a new cultural center for the city of Modřice in Czechia. With offices based in The Netherlands, Barcelona and Athens, the team participated in the national competition to imagine a new space for gathering and assembly. 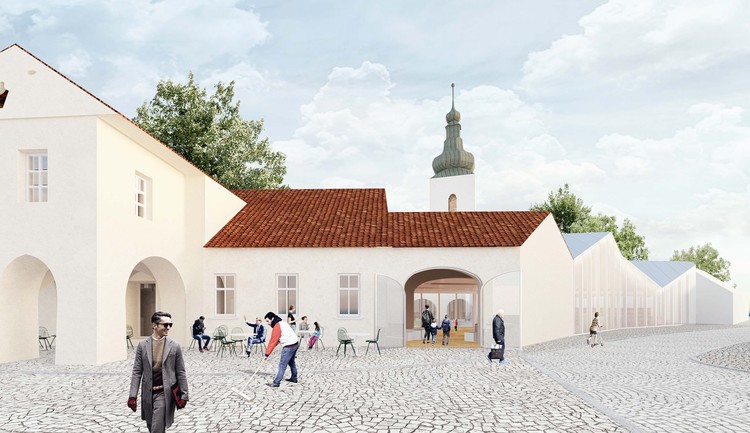 As the team explains, the proposal deals with the reuse of the two existing buildings on site, aiming to increase their historical value and reestablish their role for the city. The project was also made to introduce a connector that is a pitched roof canopy accommodating a new library for citizens.

The connector works as an extension of the city, inviting the citizens to spend time in the complex and follow the cultural events of Modřice. The proposal is a single-story building, a decision which enhances the value of the ground floor, emphasizing the character of the program and connections to the city.