Save
"The Room": Students Explore Indoor Life During Pandemic Through Drawing
Share
Or
Copy

The work presented in this article is the outcome of drawings done by the students of the Graduate School of Design at Harvard University in their second-semester studio, conducted by Alfredo Thiermann (ThiermannCruz). The work was produced during a 6-week long period of distance-learning after the school was shut down at the beginning of March. 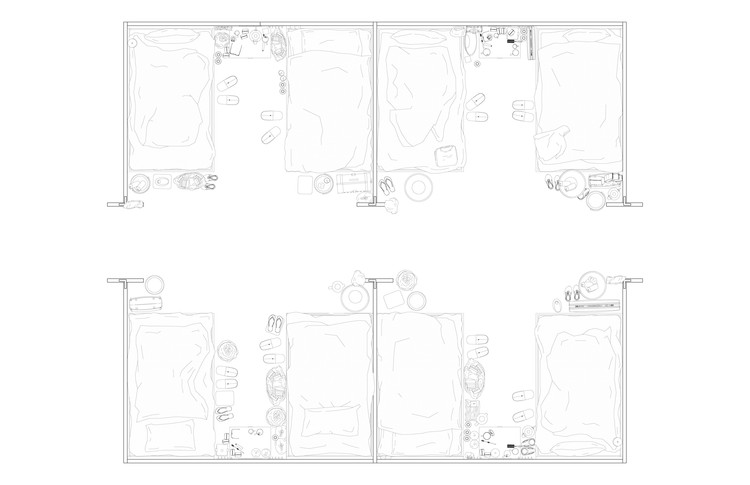 To think about the room is to think about life itself. Since at least a couple of thousand years, rooms have been part of the way in which life is organised. However, rooms as we know them, are a fairly recent invention. As a relatively simple structure—a number of walls, one or more doors, and if fortunate, a window—rooms in the recent past have been associated with specific programs. We sleep in one room, cook in another, shower and clean in another, work in another, we study in a particular room, and we watch TV or recreate in another. This form of organising life—either productive or re-productive—according to specific purposes and programs is clearly associated with the industrial form of production. Discreet rooms linked to discreet programs appeared in modern life as the industry produced the world out of discrete components and discrete tasks. As modern industrial production has been fading away, so has been the modern room. Most of you must have been experiencing this. In the recent past, the very idea of a room as been radically transformed, and in the last couple of weeks, that condition has been exacerbated and accelerated. We find ourselves, today, performing multiple activities in one room, mixing work and life, production and re-production, labour and leisure. The crisis that we are experiencing did not invent any of the current transformations, but as crisis normally do, it has accelerated a latent transformation that spatial structures have been undertaken over the past decades. To understand this contemporary situation is to understand contemporary life itself.

During the second half of the semester—and after students began to work from their homes—they drew and documented the current transformations that the simple spatial structure of the room has been experiencing under the current crisis. By documenting the spatial and material consequences of this new condition, they used the room as a vehicle to rethink the social, cultural, technological, and therefore political implications of what means to design and live today. During the first three weeks of this exercise, students carefully and obsessively drew existing rooms in different parts of the world, relying on their virtual social network to get access to them. They obsessively drew their architecture, the objects that complement that structure, and the programs and uses that were suggested by those objects. This collective endeavour gave students the basic material, the fragments, from where to design their projects. Later in the semester, they used this material as an empirical and informed source from where to critically approach design. By focusing simply on drawing, they used the tools of the discipline to understand and document the current situation, and in so doing, became literate—in cultural and material terms—of the current context. 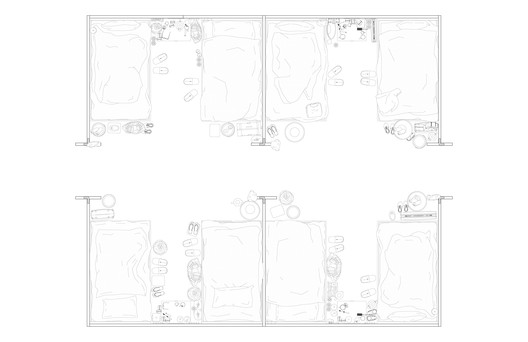