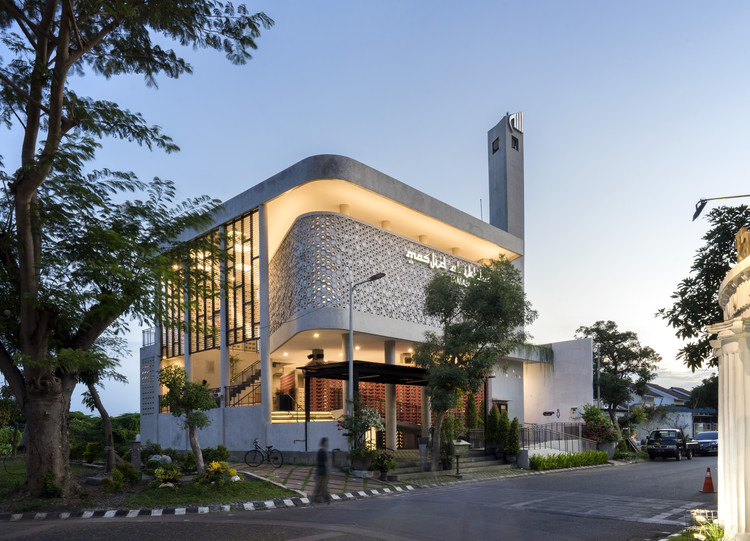 They don't eat unless it's good

They don't throw away except the bad ones

And does not ruin what has perched

This mosque located in the Puri Surya Jaya housing complex - Sidoarjo, which has the official name of the Al Ikhlas Mosque. But this mosque is well-known in the community as  Sarang Lebah  (Honeycomb) Mosque or An-Nahl Mosque, because honeycombs inspire most of the architectural elements used in this building. Why use honeycomb as the main idea? This mosque indeed takes the basis of the Qur'an's 16th letter, the 68th verse of An-Nahl, which reads: "And your Lord revealed to the bees." Bees are creatures that give a lot of parables, pro, and benefits to humankind. This mosque aims to be the "honey" to the environment, not only "sweet" physically but also gives "sweetness" in a broader context to the world.

The mosque still based on the intelligence of Nusantara, by making holes in the wall that enables the airflow from inside-out, so that the room inside the mosque becomes cooler. This hollowed wall made from vent blocks, which dominates the overall appearance of the mosque. While other mosques are competing to use air conditioners, this Honeycomb Mosque still adheres to the understanding that even non-AC mosques can be comfortable for pilgrims inside by applying Nusantara-style walls.

Terracotta and honeycomb (hexagon) are the two kinds of vent block used in this mosque, which are custom made by local craftsmen in Buduran, Sidoarjo. This is a form of support for local artisans to survive and compete in the current global era. The stilt building concept and umbrella concept are both adapted from Nusantara. The stilt building concept was done by pulling the ground-level wall backward, to give the 2nd floor the 'stilt' effect with stand-out columns in front. To strengthen the impression, the vent block wall made in contrast: the lower part is terracotta, while the upper part is cement-colored. The umbrella concept was created by making a continuous pillar upwards, supporting the roof in the form of a "large umbrella," which shades the existence of this mosque building.

Besides, this mosque consistently promotes the pilgrims' essential concept, the world as a public and social entity, just like the bees, which are social creatures and hard workers, where no bees live alone. So, from this mosque, we want to build a broader empathy for our fellow human beings and stay focused on religious activities. The most dominant look of this mosque is the hollowed wall in the form of hexagon-shaped vent blocks, similar to those of honeycombs. The mosque gains its popularity from this form. Hexagon honeycomb shape is also repeated in several parts of the mosque, for example, in the main wall as the pilgrim's worship orientation, further strengthening the honeycomb's image.

This mosque must face the Qibla, so the square-like layout whose position is slightly tilted from the site, which precisely extends West-East. A compromise formed as well as the composition between parallel lines with the Qibla and site, resulting in a more dynamic plan and spatial planning. As an empathy for people with disabilities, this mosque presented with a “disabled-friendly” design, by providing ramp and toilet for men and women with disabilities so they will not experience difficulties to access this mosque and its facilities.

When the COVID-19 pandemic occurred earlier this year (2020), the mosque caretaker took action by making the mosque a “food bank” to help the lower classes affected by the economic impact caused by the pandemic. This mosque provides about 70-95 rice packages every day for wayfarers and those who live on the streets, most of whom are online motorcycle taxi drivers. Besides turning into a food bank, the Honeycomb Mosque provides basic food ( sembako ) packages, masks, and hand sanitizers to be given to the society affected by COVID-19 pandemic in the surrounding villages. We are taking example from the bees that are always socially-minded, helping others in need, indiscriminately. 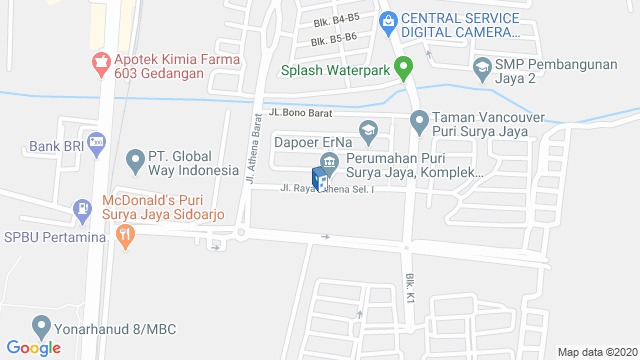 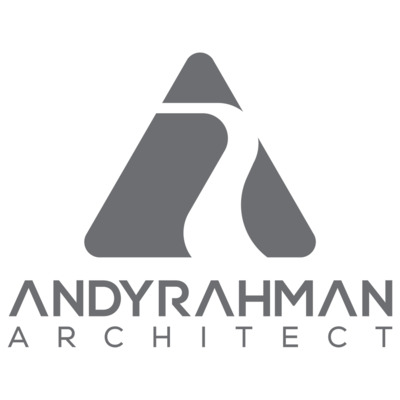 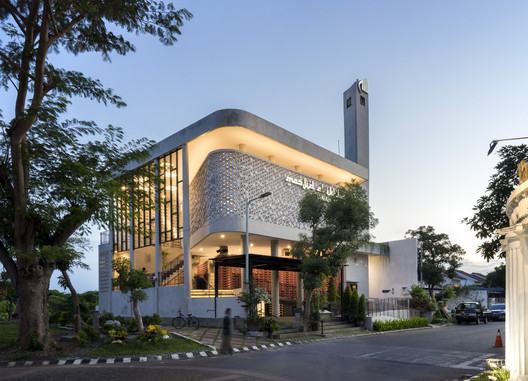