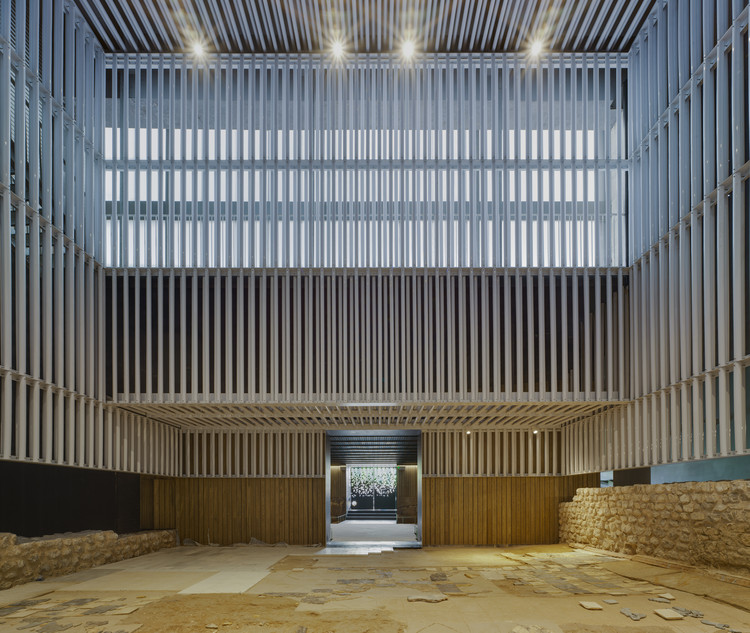 Text description provided by the architects. The Molinete Museum project is located on the ground floor of the Casco Antiguo health center, in El Molinete hill. This space was designed so that its structure did not substantially affect the remains of the Roman Curia, around which the proposal is structured. This Health Center has been also designed by the office, finishing the construction in 2009. Now, in 2020 the Molinete Museum opens its doors to public, showing more than 20 years of archeological research concerning the Roman remains of Cartago Nova.

This project means a very special landmark for the Office carrer, as it links three different projects designed by the office: the two above mentioned, and the roof Molinete Archaeological park, which from now on, will be accessed from the new museum.

The project sets the beginning of the tour that shows the Molinete Archaeological Park which mission is the conservation of the exceptional archaeological remains found in the excavation and also the explanation of the Curia, the building that was the monumental nucleus of the ancient city.

The Center occupies the three lower floors of the Health Center. The ground floor contains the uses of reception and control of visitors, as well as the services rooms. An audiovisual room is also located on this floor, where the fundamental pieces found last years are exhibited, such as the exceptionally preserved mural paintings of two Muses and an Apollo. On the intermediate floor, different exhibition rooms and a small multipurpose room are developed. The last floor is the connection with the rest of the Archaeological Park, where the Curia is volumetrically restored and is suitable for your visit.

The material used tries to solve the problems that the basement had. This way,  the glass gives lightness and allows the natural light passing to the interior as much as it can. The epoxy floor, as well as the natural sisal fabrics and the perforated steel sheet gives the visitor distance from the stone roman world. The concrete ceiling and pillars of the existing building are shown as they are so their presence is removed.  Colours are chosen by following ancient tones founded in the excavations. The temperature is kept at 19º Cº and the humidity at 65% which permits the best conservation of the historic pieces.

The conceptually developed project by Cartagena Puerto de Culturas has been drafted by the Architects Atxu Amann, Andrés Cánovas and Nicolás Maruri, the team of archaeologists has been led by José Miguel Noguera and María José Madrid and the restoration team is led by Iszaskun Martinez.

The excavation floor is the center of the performance. A eight meters high space allows working with the Curia's spatial footprint and in this way its hypothetical restitution becomes a reality. The fundamental decision is to act from a mestizo condition, therefore, ancient structures merge with contemporary architecture, distinguishing themselves, but at the same time being a single organism.

A volumetric restitution made of steel and translucent plastic cylinders hangs from the ceiling of those eight meters, a canopy that allows to see among its materials and that suggests a missing space.

This volume gives the character that the archaeological park demands, an absolute respect for the ancient work and a contemporary architecture that accompanies it to make it better. The result is a happy hybridization, A modern architecture justified by the ancient remains and at the same time some remains that grow in a brave and optimistic way with the architecture of the present. Again, memory and contemporary cultural context. 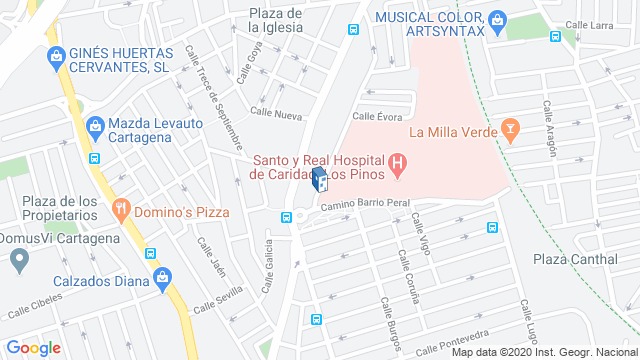 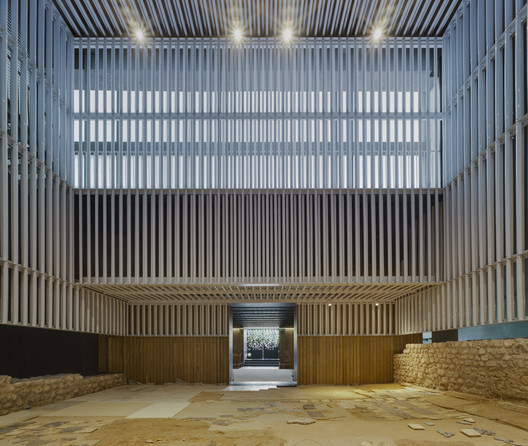