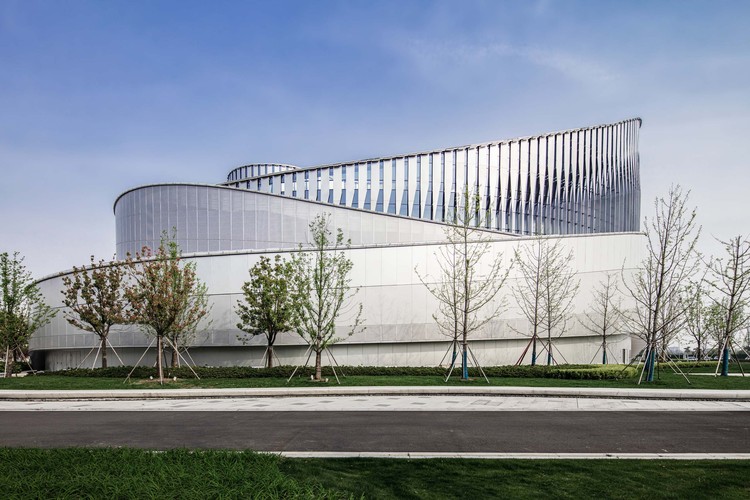 Text description provided by the architects. The Jichuan Exhibition Hall is located at the Jichuan Pharmaceutical Industrial Park, Taixing City, Jiangsu Province. Jichuan Pharmaceutical is a renowned traditional Chinese medicine company, and the admiration of nature is rooted in its corporate culture. The building is an architectural complex that not only serves as an exhibition hall to display the development of traditional Chinese medicine culture, but also undertakes the reception function.

Nature Form. The Jichuan Exhibition Hall is mainly composed of two programs. One is the display space from the 1st floor to the 3rd floor, the other is the headquarter offices from the 4th floor to the 7th floor. The different space is connected by the curving facade components, creating an elegant visual interaction.

The building has a delicate spatial arrangement in which each space has respective orientation and size, creating a powerful massing relationship and elegant light change. The interaction between the building and the environment not only enriches the aesthetic quality of the architecture itself but also symbolizes a perfect harmony of Chinese culture.

Intriguing Atrium. The architects wish to create a sense of traditional Chinese culture into the building. The tall white columns and the skylight ceiling creates a wonderful spatial atmosphere. The upper reception function is half enclosed by the garden. Moreover, each space is connected by the large open atrium, which is the most interesting part of the entire architectural space.

Green Technology. The building takes full account of the green and sustainable application of the form and facade design, which integrates the analysis of lighting technology, aesthetics, and functional use. 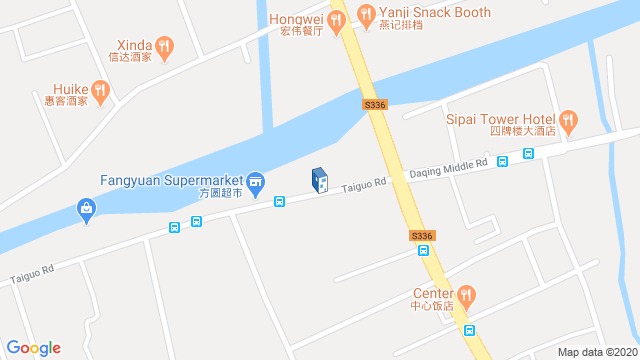 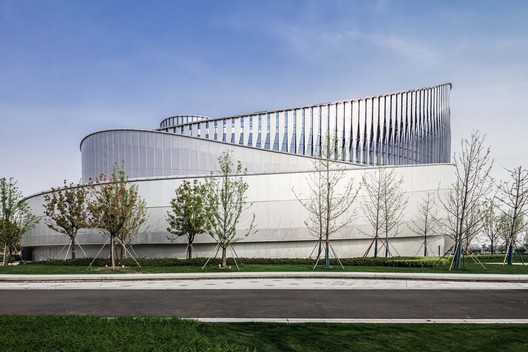