✕
Save
An Intimate Apartment In Lavasan / Atizist Consulting Engineers 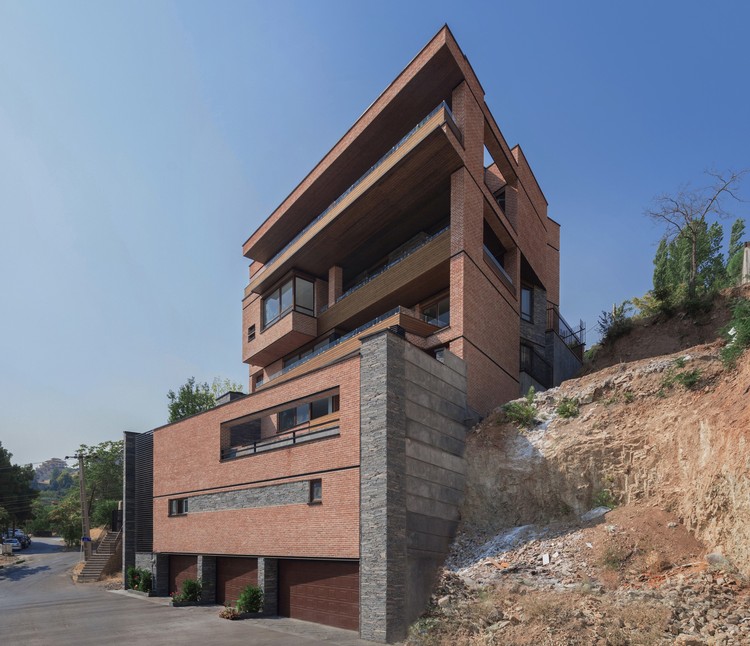 Text description provided by the architects. The intimate apartment in Lavasan is in fact a domestic apartment owned by 4 sisters who each possess one of the residential floors. Their husbands are all, men of culture and thought; from studying philosophy to participating in art auctions; their main requests was a logical dialogue based on the cultural principles of Iranian architecture, reaching to a domestic, modern interpretation of home. We also had a specific situation caused by the location of the project which was adjacent to the small cemetery of Tok Mazra'e (which is a shrine of many well-known people including Abbas Kiarostami).

So the project was affected by different forces and potentials coming from different directions that could be listed as below:
1. For creating an atmosphere of Iranian architecture we had a major concern about the enclosed open spaces. In indigenous architecture, the yard was the interaction point of dwellers` communications and their shared events. In this project, we aimed to connect these four domestic units through the use of terraces of different depths which open a variety of voids into each other (a synchronization of continuity and independency), the idea that would make different narrations of a traditional life, happening in a modern building. We have also some private terraces in addition to these domestic terraces.

2. Despite the fact that the building is located in a height which has a great view to Lavasan and also a beautiful lake, but the location of the cemetery in the western side of the site, forced us to not have any kind of openings in that aspect. According to this, we suggested a rotation in the general volume, not only having more aesthetic possibilities but also provide wide openings for the users, giving them a spectacular view with no facing to the cemetery. Through this rotation and also the protrusive terraces, we aimed to create a significant situation which there is no direct view from neighbors, giving a privacy in spaces such as yard and pool.

3. Considering the structural design and its mixture with architecture, we turned a challenging slope of 45% into a benefit of good spatial separation between semi-public spaces and the residential floors.

4. Regarding the location of the project we proposed ideas about material selection; relying on indigenous materials such as rubble stone, brick, and wood through which the building shows his great respect to its surrounding environment. There is no doubt that materials evoke imaginations and sensations that are results of unconscious perceptions, having a significant sense of presence and interaction.

5. We provided a sense of Iranian houses` yards and entrances using special elements such as water and turquoise tiles.

6. There was a trench wall with the height of 10m at the northern side of the site, giving us a chance to have a backyard in order to provide more natural lights. This wall is the closest to Abbas Kiarostami`s tomb. As we pondered in his point of view, a wall is a curtain on which nature paints transient elevations. For us, the wall was a text that we could have inscribed it on nature as the context. So the least we could do was to transform the wall into a green surface, as a commemoration.

7. The pool has been designed in a way that it`s users could have a vast view of the lake making it seem like there is no end for the pool and its continuity has been connected to the lake and nature. 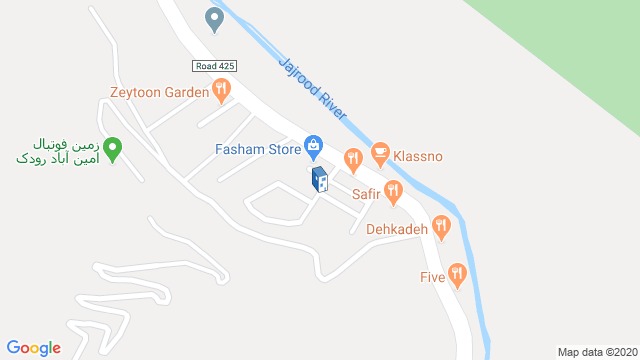 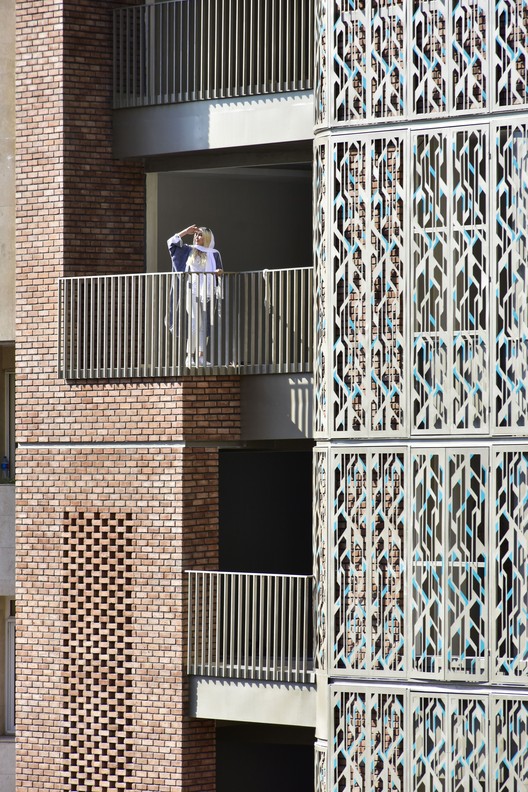 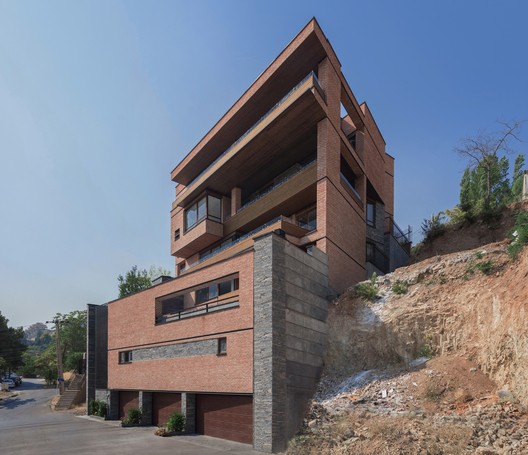